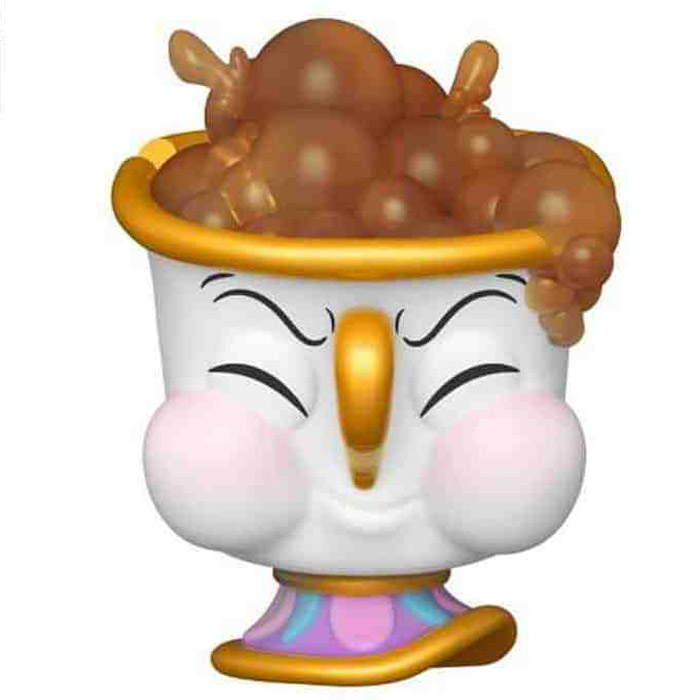 Chip is a little boy turned into a teacup in the famous Disney cartoon Beauty and the Beast. Indeed, at the beginning of the film, the prince of the castle, a very handsome and vain young man refuses hospitality to an old woman who happens to be a witch. She casts a spell on him, transforming him into a horrible beast who will not be able to take human form again if he manages to love and be loved by someone. All the inhabitants of the castle are transformed into objects. Chip is the housekeeper’s little boy and they are turned into a teapot and a cup. Chip is a playful little boy who is always hopeful. And when Belle arrives at the castle, everyone sees an opportunity to finally lift the spell. 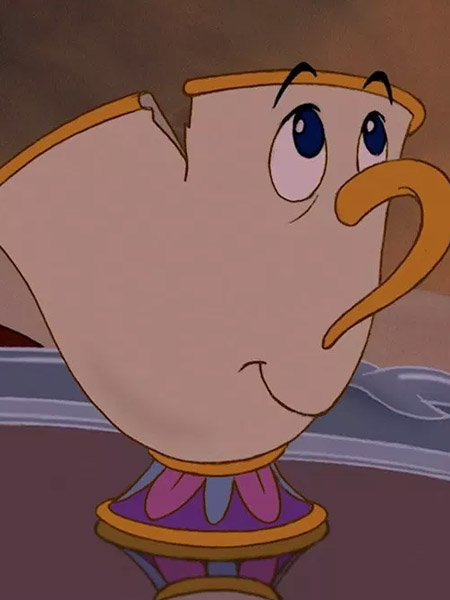 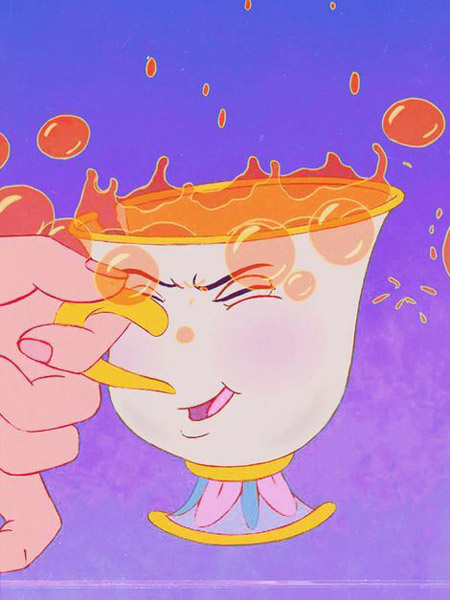 For this new version of this adorable character, Funko has depicted him filled with tea and blowing bubbles. The cup is mostly white with a pink and purple colored base and gold outlines and a matching handle. His face is drawn on the cup, with the handle acting as a nose, and he is shown here with his cheeks puffed out and the tea spilling out of the cup and bubbling. Finally, we find the small chipped edge that gives it its name. 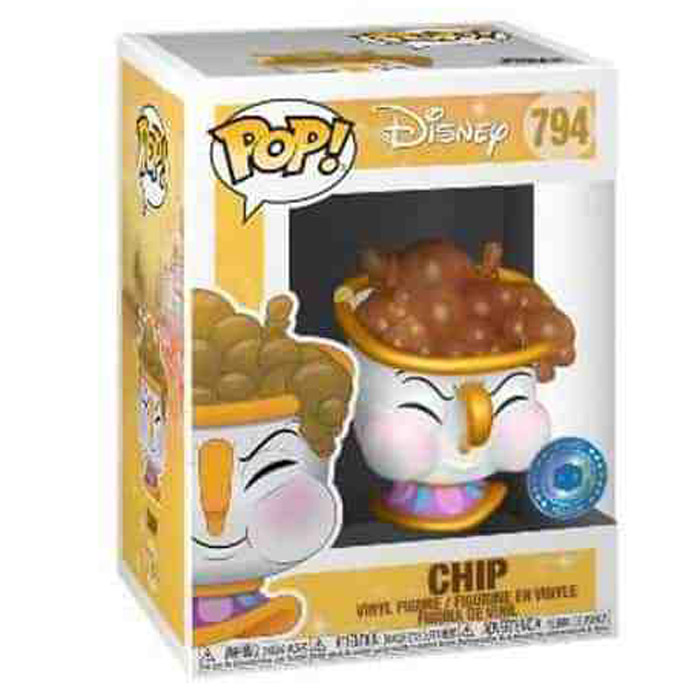