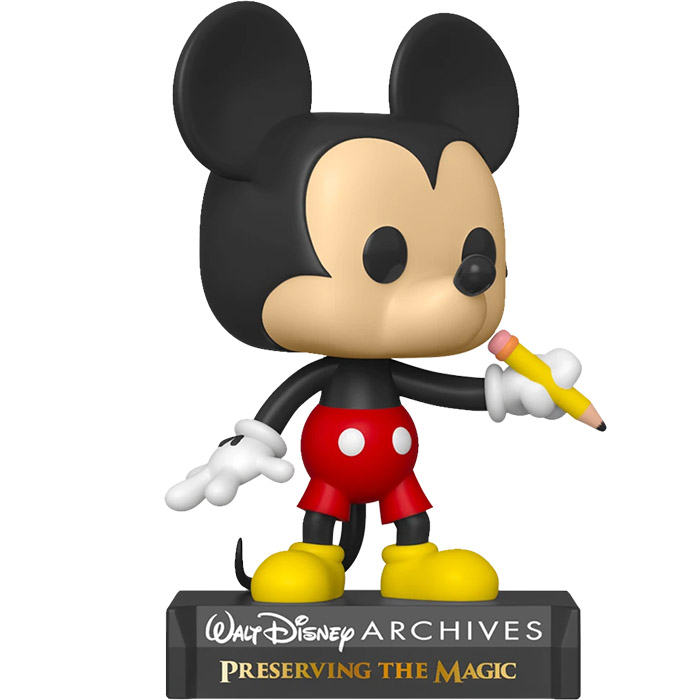 Mickey is the hero of many, many Disney studio films and has been the studio’s mascot almost since the beginning. After the studios lost the rights to the character of Oswald the rabbit, Walt Disney and his animators began looking for a new character. They came up with the idea of Mickey, a small anthropomorphic mouse inspired by the ones Walt had in his cage and which he used to draw. He is a cheerful and positive character. In the first film where he is called Mickey, Steamboat Willie, he is in black and white and silent but the success of this film will make that we will quickly find Mickey in new adventures. He will then be given this famous voice made by Walt Disney himself and he will take color. His little shorts will become red with white buttons and his shoes will become yellow. If he will play many other roles and go through modern animation, his style will not change in almost 100 years. 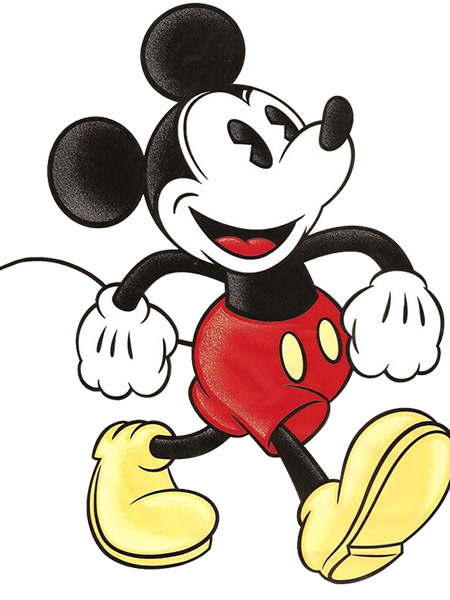 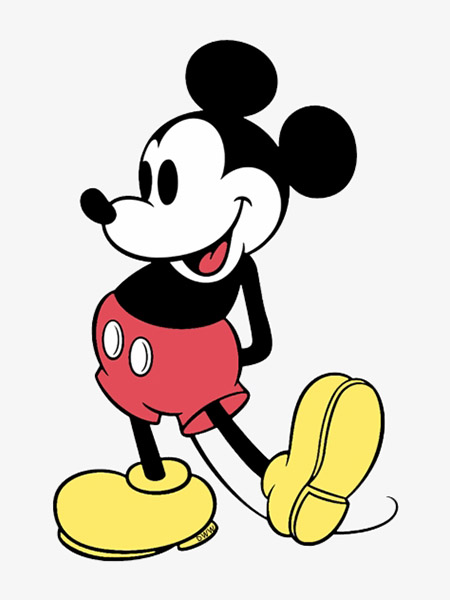 A mouse drawing his future

This figure is part of a series of five created for the 50th anniversary of the Walt Disney Archives. They all have the particularity to be on a black base with the mention “Walt Disney Archives, preserving the magic” and all follow each other, each Mickey seems to draw the next one. Mickey is represented here with his classic look, red shorts with white buttons, yellow shoes and his famous four finger gloves. He holds a yellow pencil in his hand with which he draws the next figure. On the head, we find his big round mouse ears and his body is black with a long tail. 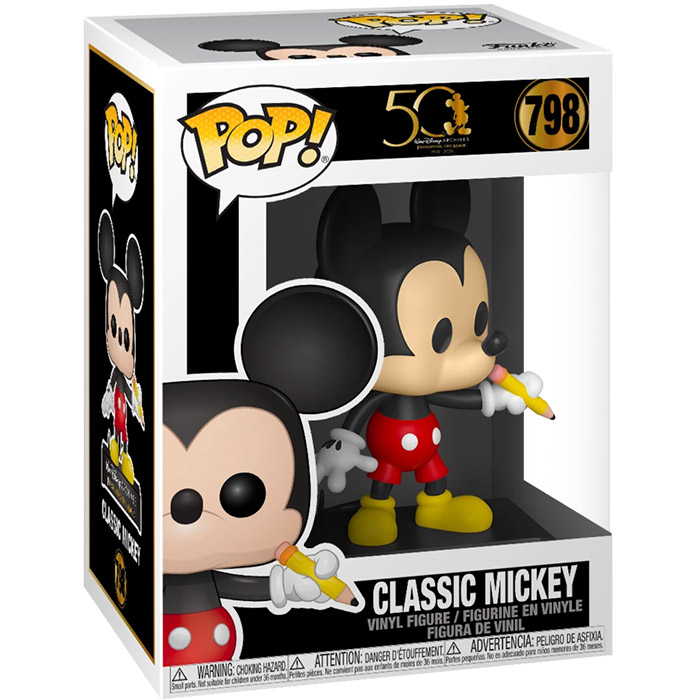