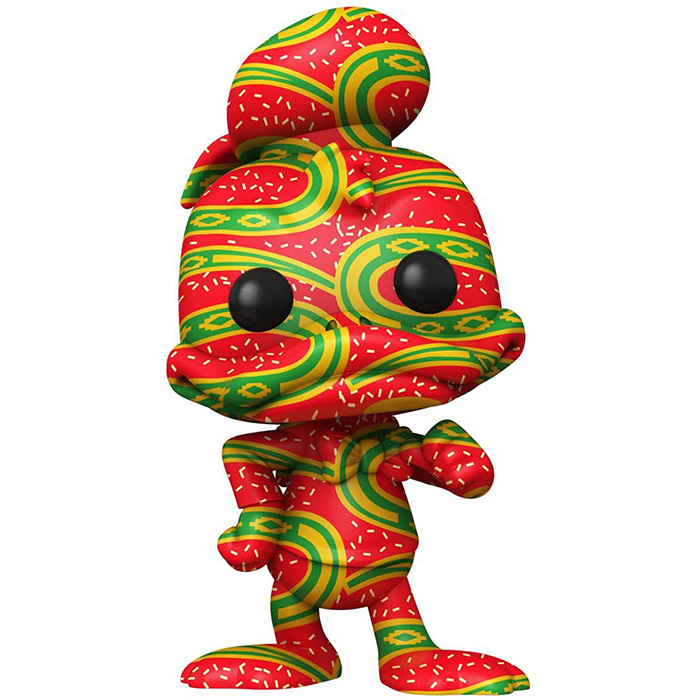 Donald is one of the first and most famous characters in the Disney universe. His full name is Donald Fauntleroy Duck, and he is a talking anthropomorphic duck with that famous nasal duck voice. Created in 1934 for the cartoon A Wise Little Hen from the Silly Symphonies series, he plays the role of a lazy duck that a little hen puts back on the right path. But very quickly, Donald joins Mickey’s gang and has the right to his own adventures in which his personality is better developed. He is a grumpy and very nervous character who serves as a comic contrast to Mickey’s more cheerful and calm side. If he will be much less popular than his uncle Scrooge in France, he will remain particularly popular in Scandinavian countries (even more than Mickey) and will also be part of the main characters of the video game license Kingdom Hearts mixing the world of Disney and an original world created for the game. 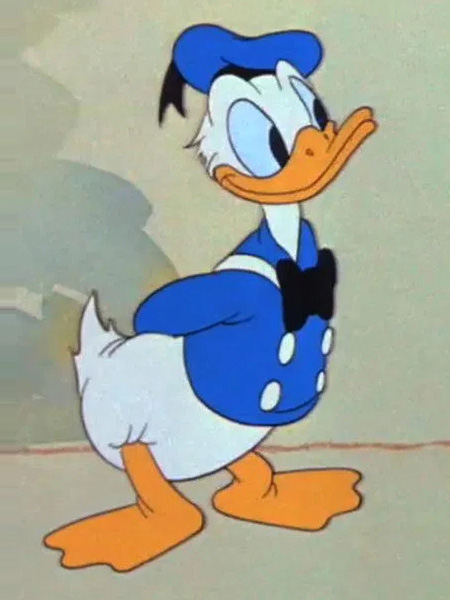 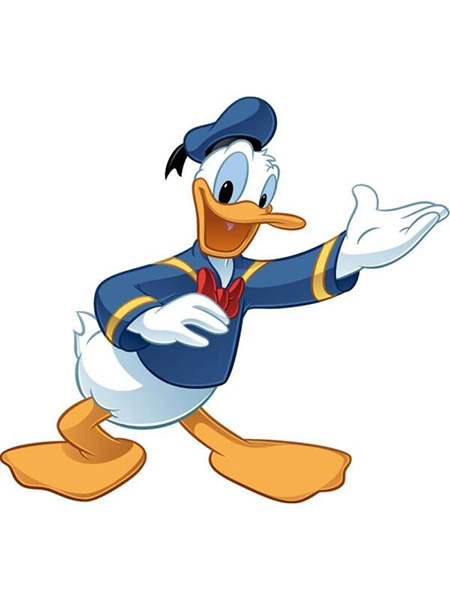 Donald is represented here for the series of figurines art series which does not represent a particular moment but takes the mold of an existing figurine and gives the freedom to an artist to paint it in his way. Here, we find the shape of Donald with his sailor outfit, his beak, his large webbed paws and arms instead of wings.the artist has chosen to decorate Donald in very bright tones of red, green and yellow. The background is red with small white lines and on top we find a green and yellow pattern reminiscent of a pattern that could be found on a sweater or a poncho. 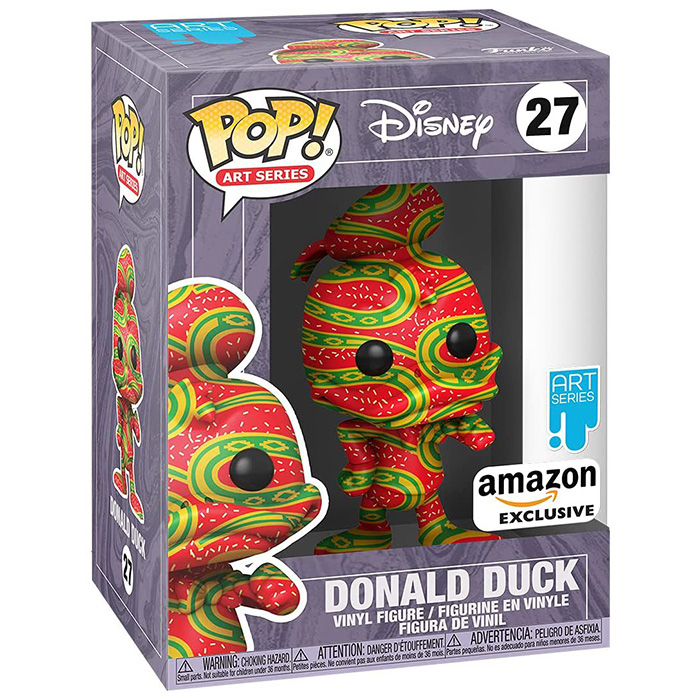