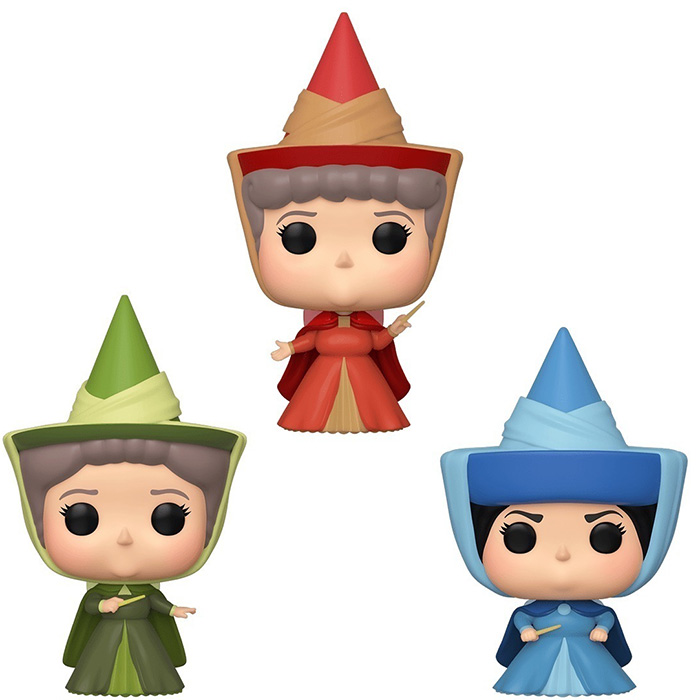 Fauna, Flora and Merryweather are the three fairy godmothers of Aurora in the Disney Studios animated film Sleeping Beauty, based on the famous Grimm brothers’ tale. At the beginning of the story, the christening of Aurora, the daughter of the king and queen of the kingdom, is celebrated. All the most important people are invited, except Maleficent. Maleficent takes it very badly and decides to cast a spell on the young girl saying that on her sixteenth birthday, she would prick her finger with the tip of a cattail and die. The fairies manage to soften the spell saying that she would only fall into a deep sleep from which she could be awakened by the kiss of a charming prince. But the king decides to be far-sighted and sends the young girl with the three fairies to live hidden in the forest until the day after she turns sixteen. The fairies then take on human form and hide their wings. But raising a child will prove to be more complicated than she could have imagined. 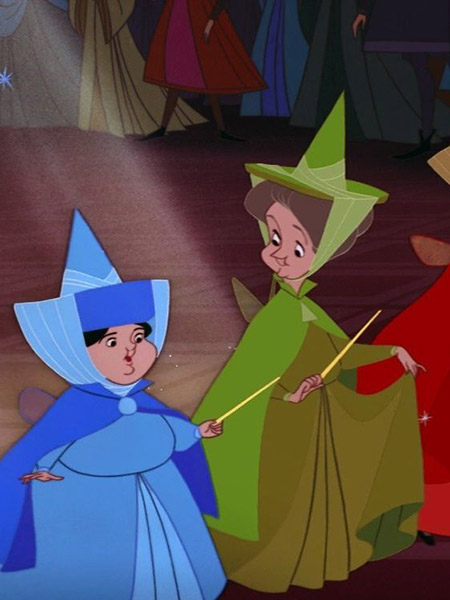 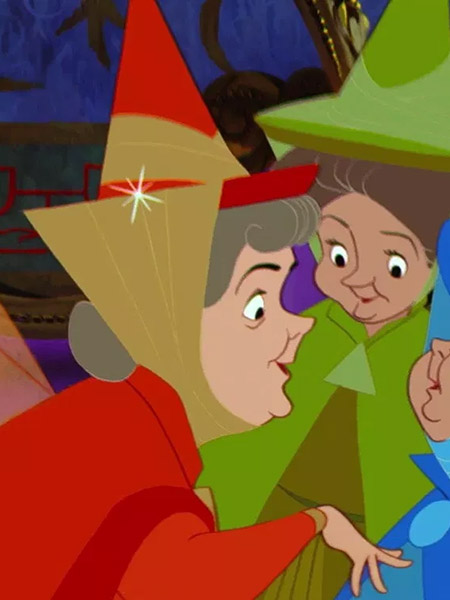 So for this exclusive 3-pack, Funko has represented Aurora’s three famous godmothers. Flora, who is a bit of a boss, wears a red dress with a high waist and a slightly lighter petticoat underneath and a matching cape. Her hair is gray, her body is round, and she wears a matching pointed hat with a ribbon hanging from her face. Fauna, the slimmest of the three, wears a green dress with the same shape and a matching cape. Like Flora, her hair is grey and she wears a pointed hat of a slightly lighter colour. Finally, Merryweather is wearing a blue outfit. Her dress is the same shape as her sisters’ and she wears a darker cape. Her hat has wider brims and she stands with her hands on her hips in a slightly angry attitude, this one still being a bit grumpy. Finally, all three are holding their wands in their hands. 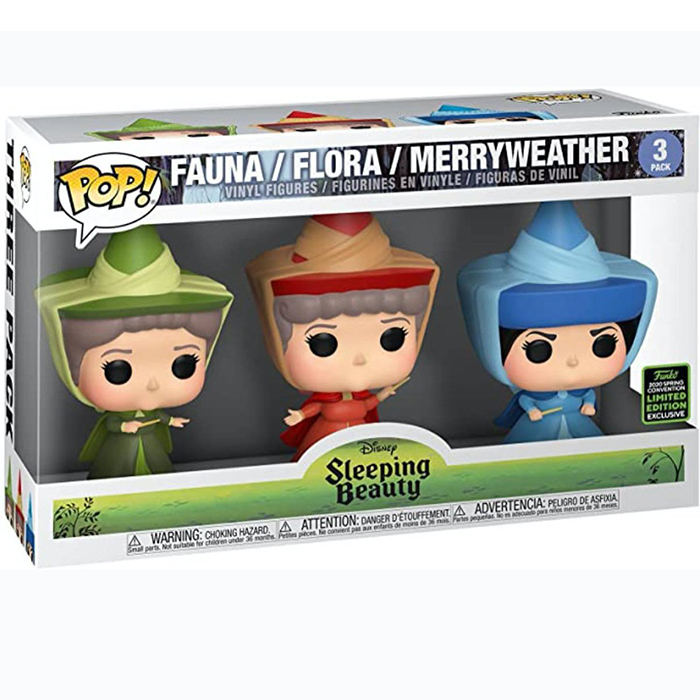