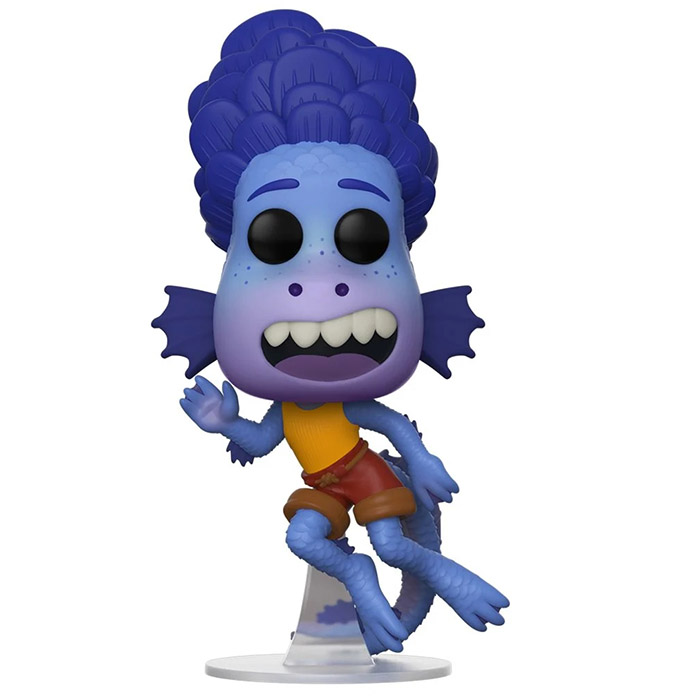 Alberto Scorfano is one of two heroes in the Disney Studios cartoon Luca. He is a kind of small sea monster who can transform into a human when he is on land. Since his father left him, he lives in an abandoned tower on the Italian coast. One day, he meets Luca, a young boy who dreams of discovering the human world. On their way to the village of Portorosso, they meet Giulia, a young human girl who wants to participate in a famous triathlon. The boys suggest that they team up with her to win a prize that will allow them to buy the Vespa that will allow them to discover the world. 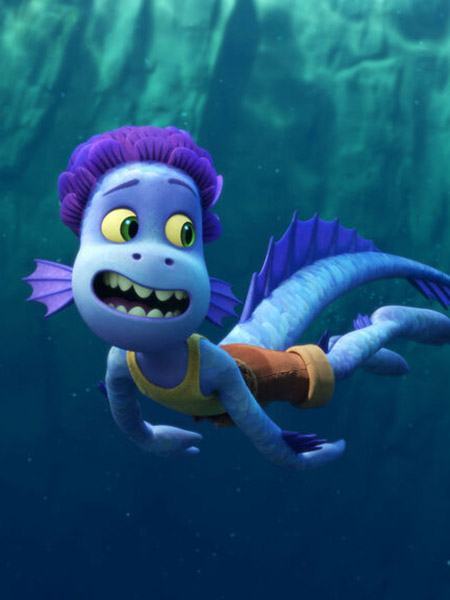 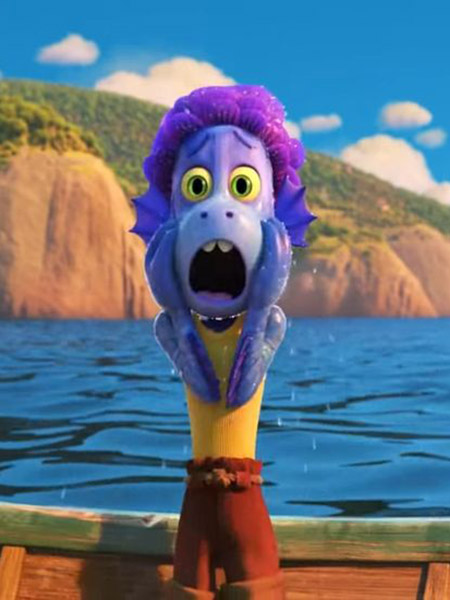 Alberto is represented here in his fish version. He is placed on a transparent plastic base which gives the impression that he is floating in the water. We can see his scaly purple blue skin. He has two legs and two arms not quite human and especially a long tail and spines on the back and along the arms. At the head level, we find the spines on the sides of his face as well as his funny blue hair looking like scales. 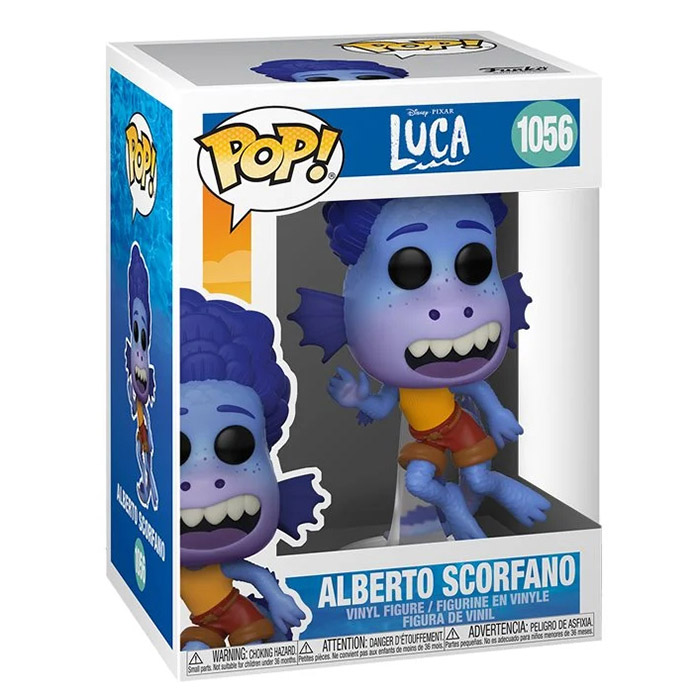