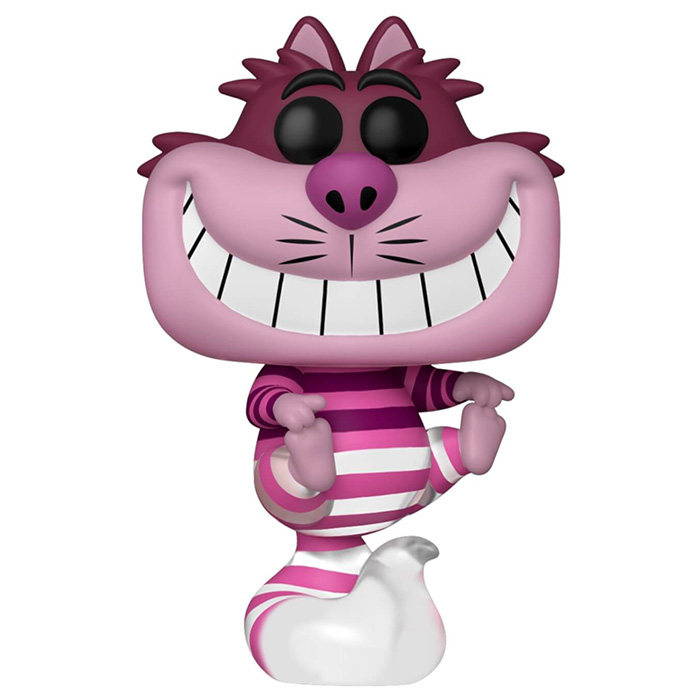 Everyone is crazy here

The Cheshire cat is one of the important characters in the Disney Studios cartoon Alice in Wonderland, based on the novel of the same name by Lewis Carrol. When Alice falls down the rabbit hole of the white rabbit, she finds herself in a very strange world and only wants to go home. She comes across the Cheshire cat lounging in a tree and asks him for directions. But the cat is not much help as he indicates that his path is in all directions at once. The latter also has fun disappearing and reappearing, separating his head from his body by turning it over and always keeping a huge smile on his face. 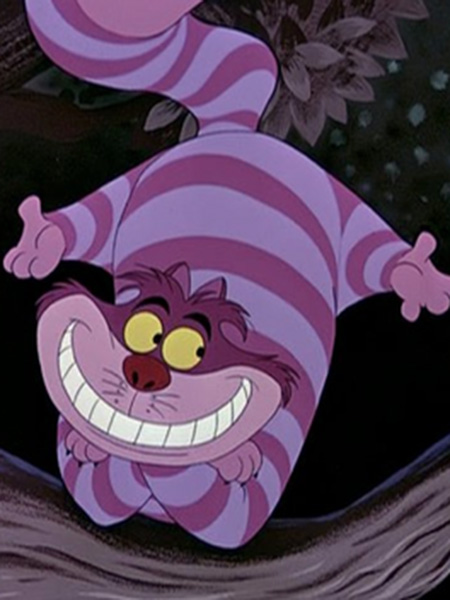 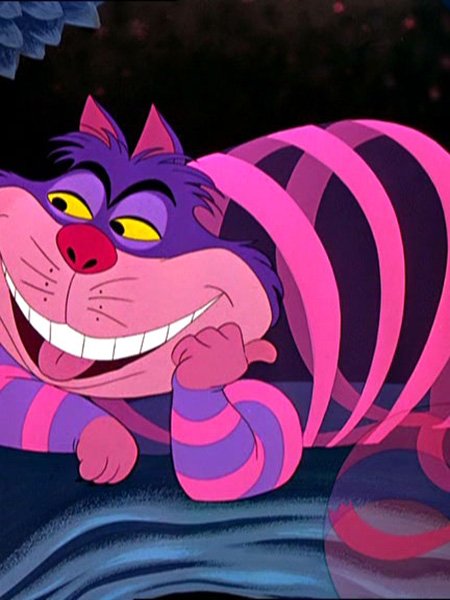 The Cheshire cat is shown here balancing on his tail, some of his stripes having unrolled, making him partially transparent from the tip of his tail to the middle of his belly. The rest of his body is in several shades of pink, bright pink on his body, paster pink on his legs and lower face and dark pink on the top of his head and the rest of his stripes. 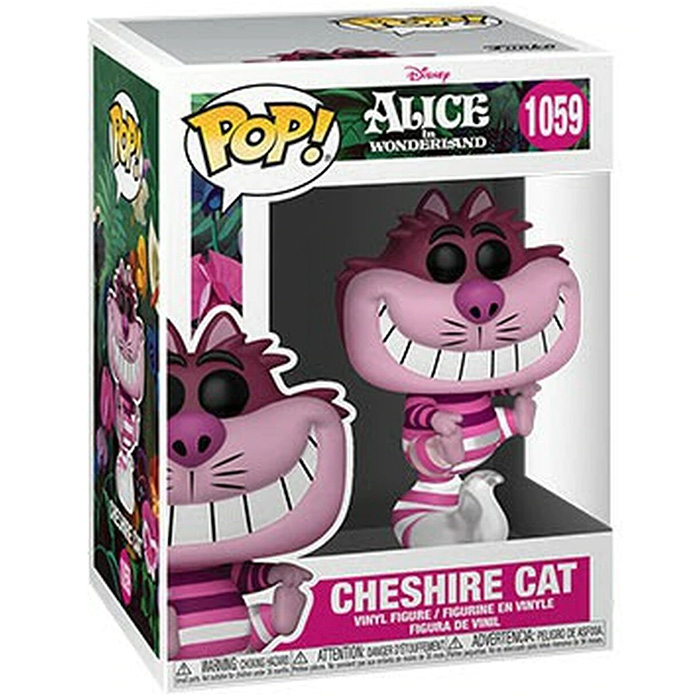