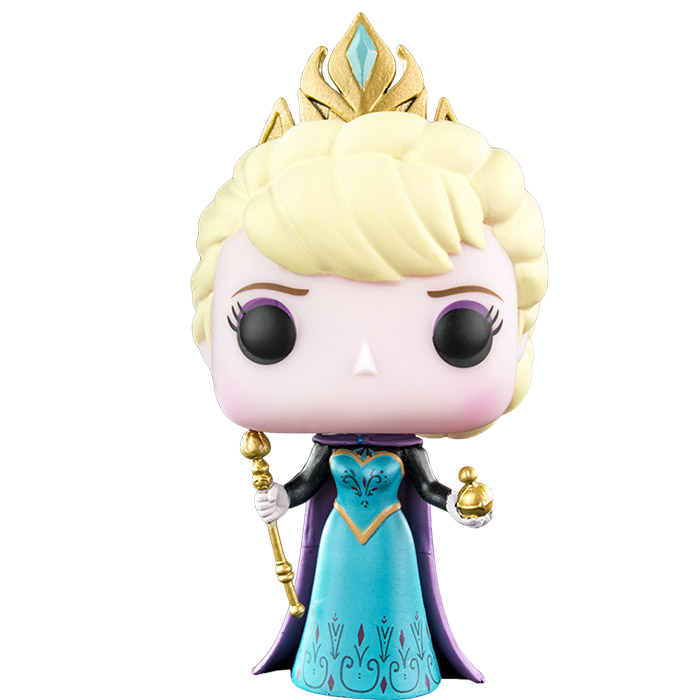 The Funko Pop figure Pop Coronation Elsa with Orb and Scepter (Frozen) Are you interested?

Elsa is one of the main characters in the Disney cartoon Frozen, adapted from Andersen’s fairy tale The Snow Queen. Elsa was born with the power to control ice and snow. Since she was a child, she uses it to have fun with her sister, until one day she unintentionally hurts her. The trolls heal her, but due to the nature of the injury, they have to erase Elsa’s power from her memory and she promises never to use it again. But a decade later and after the death of their parents, Elsa is forced out of her forced retirement to become queen. Unfortunately, she loses control of her emotions during the coronation and causes a huge blizzard. Terrified and afraid of hurting her sister again, she flees into the mountains. Her sister Anna then has to go after her to try to bring her back home and Elsa will finally understand how to control her powers. 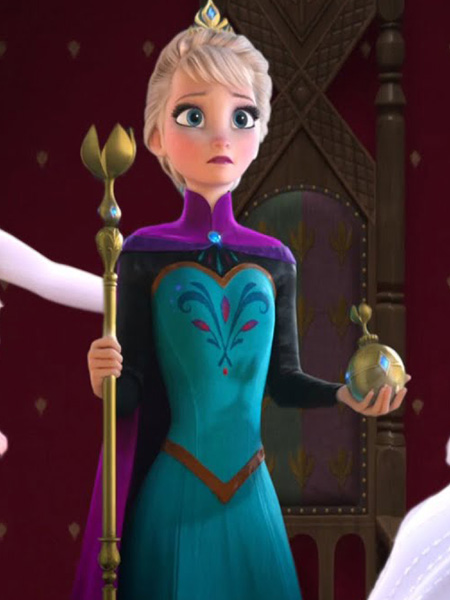 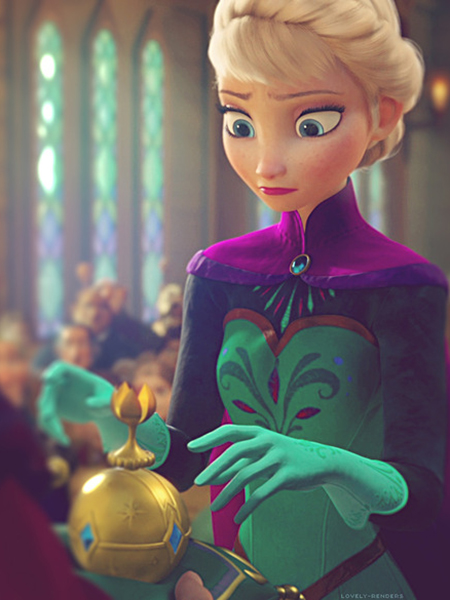 Elsa is shown here at her coronation. She is wearing her turquoise dress with ice-like patterns, a golden belt and long black sleeves. Over it, she wears a purple cape. In her hands, she holds a golden sceptre representing royalty and an orb. On her head, we find her blond hair done up in a wise bun at the back of her head with a fringe falling on the front of her face and a golden crown on the top of her head. 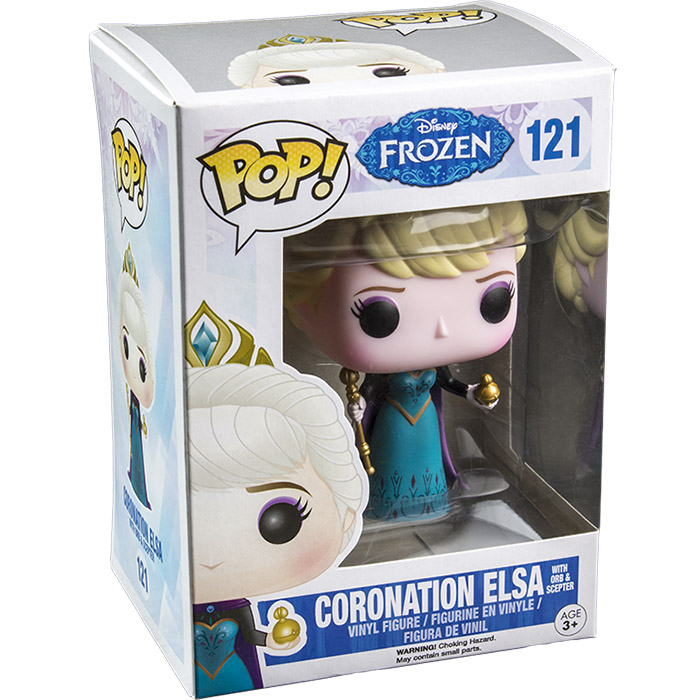 The Funko Pop figure Pop Coronation Elsa with Orb and Scepter (Frozen) Are you interested?