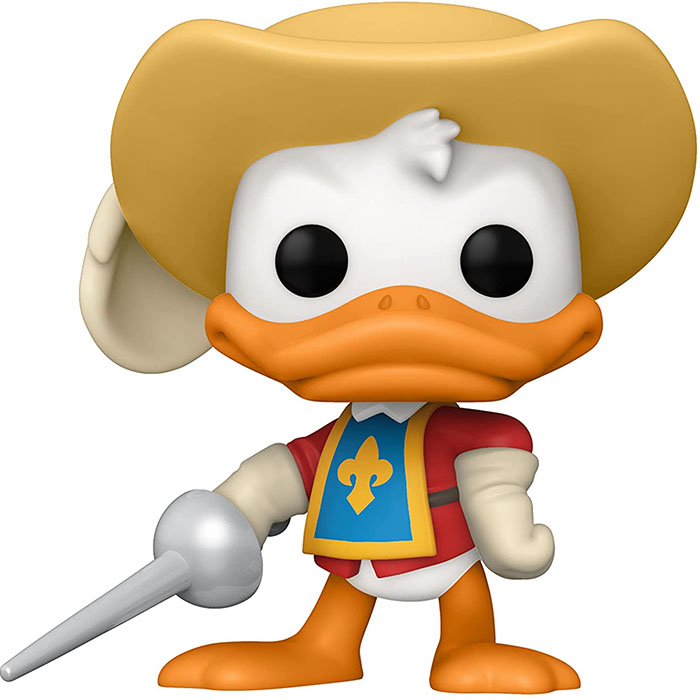 The Three Musketeers is a Disney feature film based on the famous novel by Alexandre Dumas featuring Donald, Mickey and Goofy as the Three Musketeers. But they are not the ones from the novel. They work as cleaners in the barracks of the legendary Athos, Portos and Aramis. They have always dreamed of becoming musketeers, but the chief of the barracks, Pat Hibulaires, does not consider them worthy at all. When he conspires to take Queen Minnie’s place and she is threatened with death, he assigns Donald, Mickey and Goofy to be her bodyguards, convinced that they will be unable to protect her. But Donald, who seemed to be shy and cowardly, will eventually prove to be much braver and more effective when it really matters. 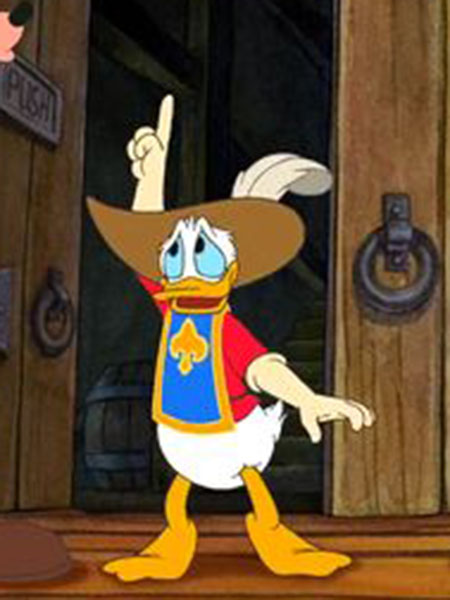 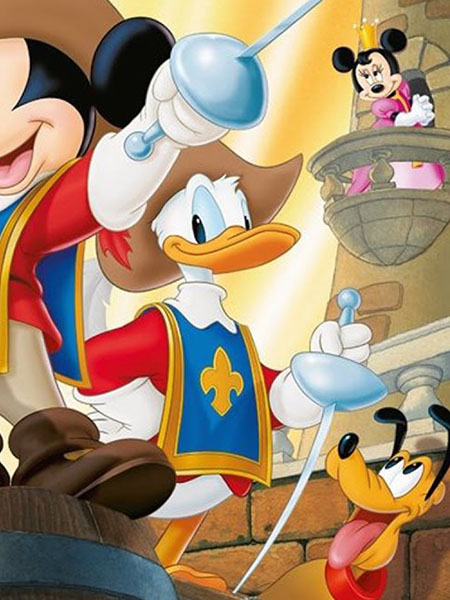 So for this Funko 2021 Convention exclusive figure, Donald has been represented with his full musketeer outfit. He stands as always on his large webbed feet, his wings serving as arms. He wears a red tunic and a yellow and blue tabard in the Queen’s colours. On his hands and wings, he wears large white gloves and holds his sword on his right side. On his head, he has a large duck’s beak and a yellow musketeer hat with a large feather. 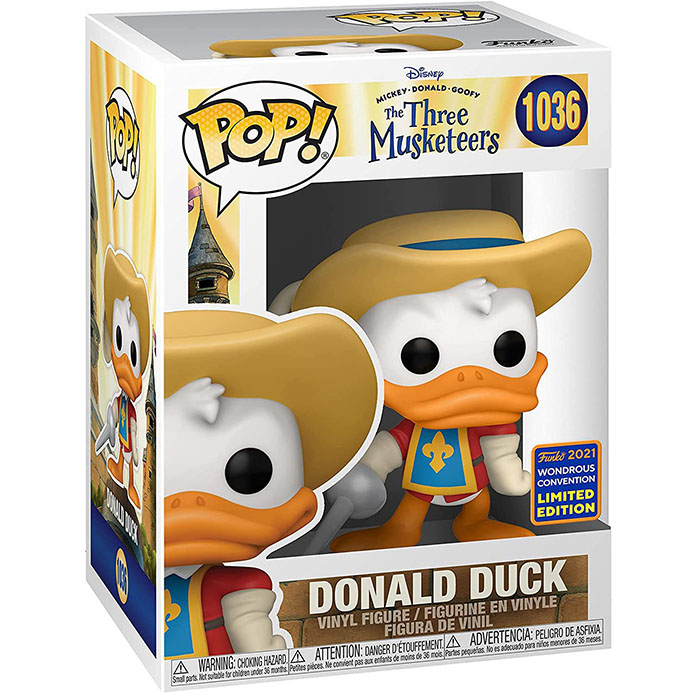