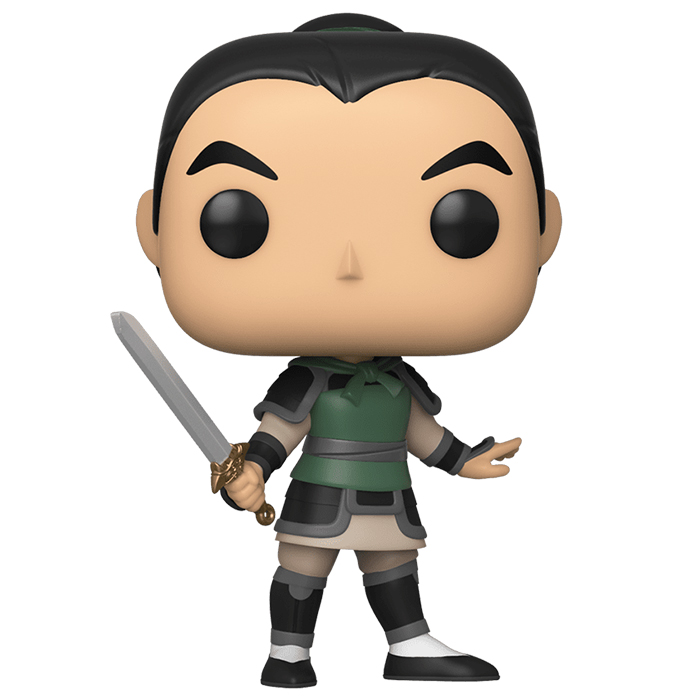 Mulan is the heroine of the Disney cartoon Mulan, loosely based on a Chinese legend. When the Huns invade China, the imperial army needs one man from each family to fight. But Mulan’s father is an old man already wounded in the previous war and the young woman is upset at the thought of losing her father in battle especially since she already feels bad about not being interested in being a good potential wife to find a husband. She then decides to take her father’s armor and leave to join the army. She strips her chest and pretends to be a man, Ping, so that her father doesn’t have to. It is going to be complicated for her to integrate in a group of men but with time and a lot of efforts, they are going to become friends and together, they are going to manage to be good warriors. Mulan will even get the admiration of her captain, the young Li Shang. 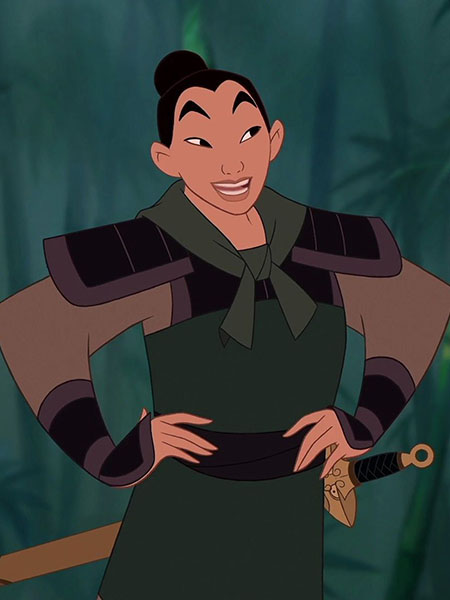 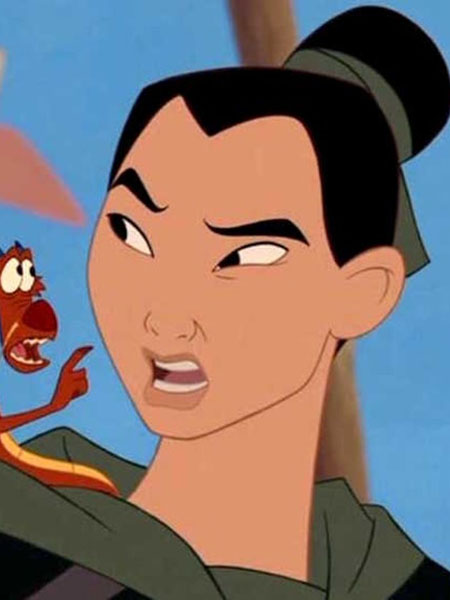 Mulan is shown here wearing the warrior outfit she takes from her father to join the army. This one is green, grey, black and beige, consisting of a tunic, flat shoes and light armor elements on the shins, arms or shoulders. She holds her sword in her right hand and her black hair is pulled back in a tight bun. 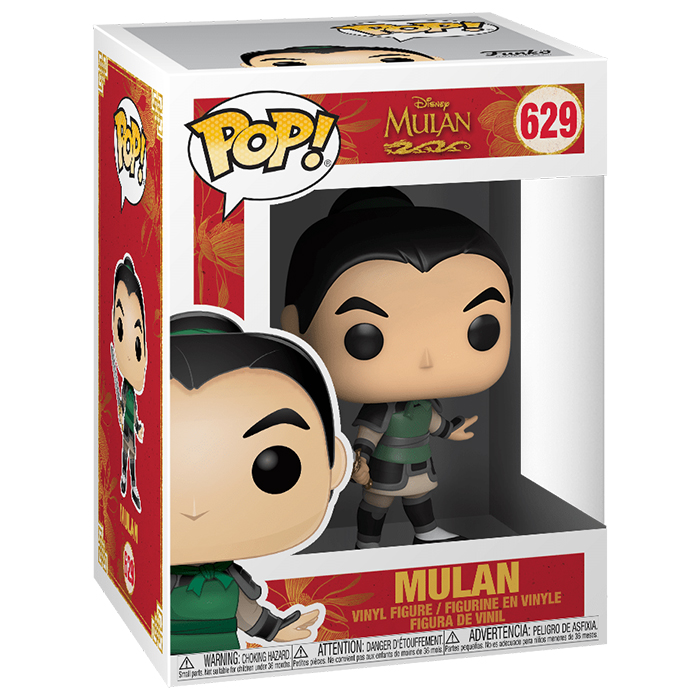