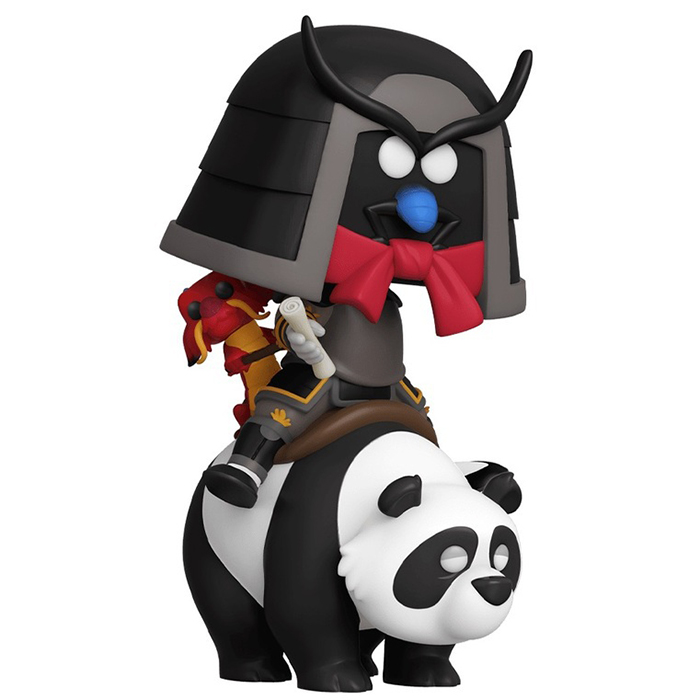 Mushu is one of the main characters in Mulan, the famous Disney Studios cartoon based on a famous Chinese legend. When the emperor calls one man from each family to join the army to fight the Huns, young Mulan is upset. Indeed, her elderly and handicapped father is the only one in the family and he will not survive the fighting. She decides to take his armor and weapon and pretend to be a man to take his place. The ancestors of her family are worried and decide to send the great stone dragon as a guardian to protect her. But the dragon is accidentally destroyed by Mushu, the degraded dragon. He then decides to take the place of the stone dragon, seeing his chance to regain his place with the ancestors. He will do everything he can to keep Mulan not only alive but also to make her a good soldier to prove her worth to her captain and family. 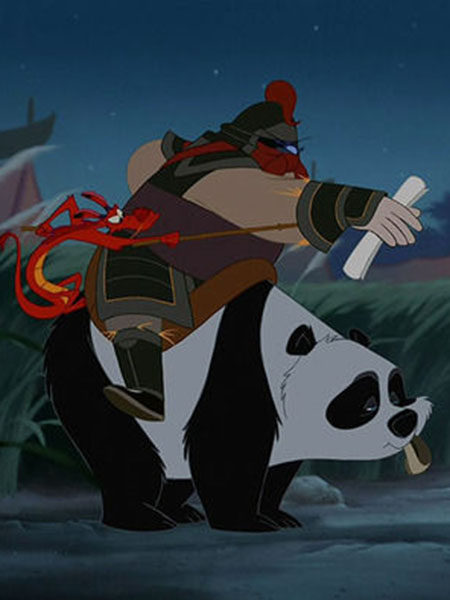 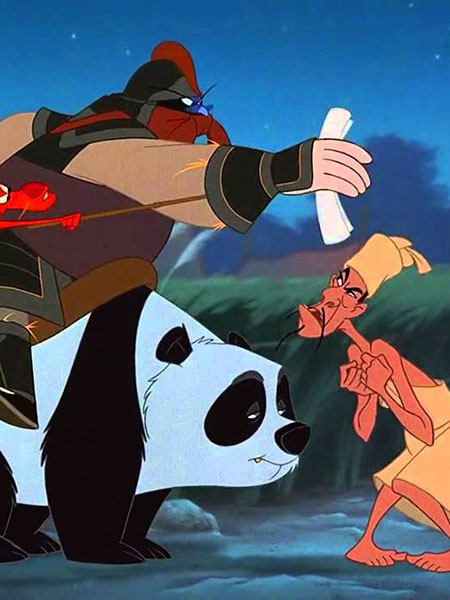 For this exclusive pop wrinkle, Mushu is shown here on the back of a panda during the scene where he poses as a messenger to deliver the order to send Mulan’s troop into battle. The panda is shown on its four legs with half-closed eyes. Mushu has put a seal on his back as well as a soldier’s uniform filled with straw and can be seen leading it hidden behind his back. The soldier is holding the paper scroll with the message and finally, he is wearing a helmet on his head. In order to give the illusion of a face, the lucky cricket accompanying Mushu gives the impression that the soldier has a moustache and big eyebrows. 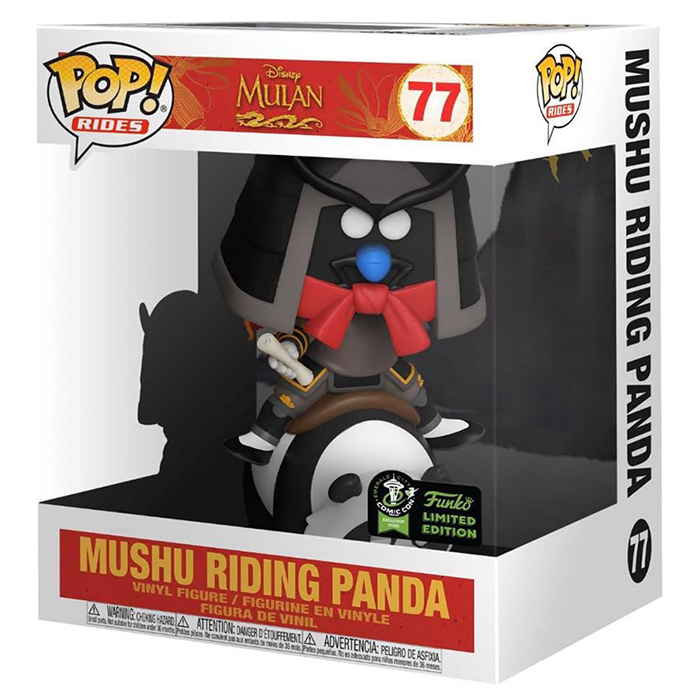