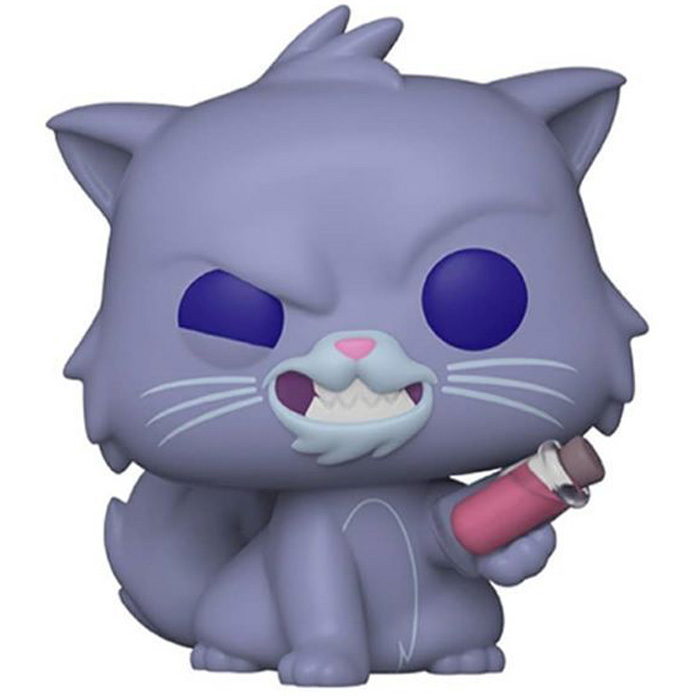 A desire for revenge

Yzma is one of the main characters in the Disney Studios cartoon Kuzco (The Emperor’s New Groove in VO). Yzma is the very old adviser of the young Inca emperor Kuzco. The latter is very egotistical and immature and only thinks of having fun. At the beginning of the cartoon, he sends Yzma away. Wishing to take revenge, she invites him to dinner but her assistant makes a mistake with the potion to put in his glass and Kuzco is transformed into a llama instead of being killed. The assistant has to kill him and get rid of the body but he doesn’t succeed and, dropping the body, it ends up on the cart of a peasant whose village Kuzco wanted to raze to the ground to build his swimming pool. And when Yzma realizes that Kuzco is not as dead as she would like, she goes looking for him to finish the job and an improbable chase ensues. 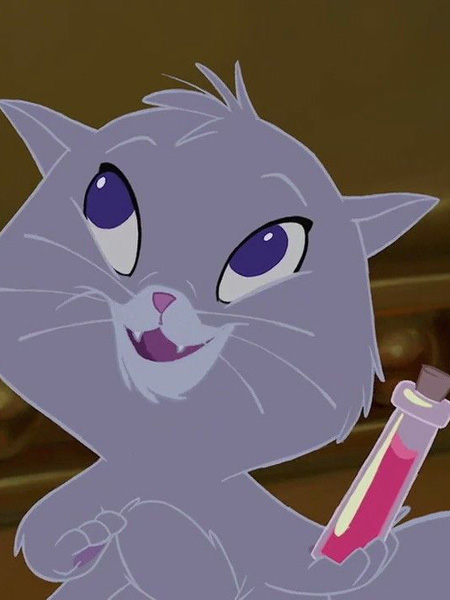 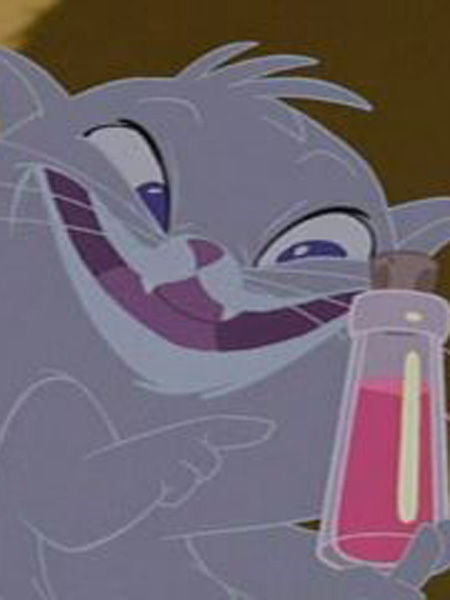 For this SDCC exclusive release, Funko depicted Yzma when they all get together in her lab, the potions get mixed up, and she gets turned into a little cat. This one is a blue-gray kitten with a bushy tail and little tufts of hair on the sides of his face. Its eyes are blue and it is represented with this angry expression that Yzma wears during this scene. Finally, she holds in her paw the pink potion that allows her to turn back into a human. 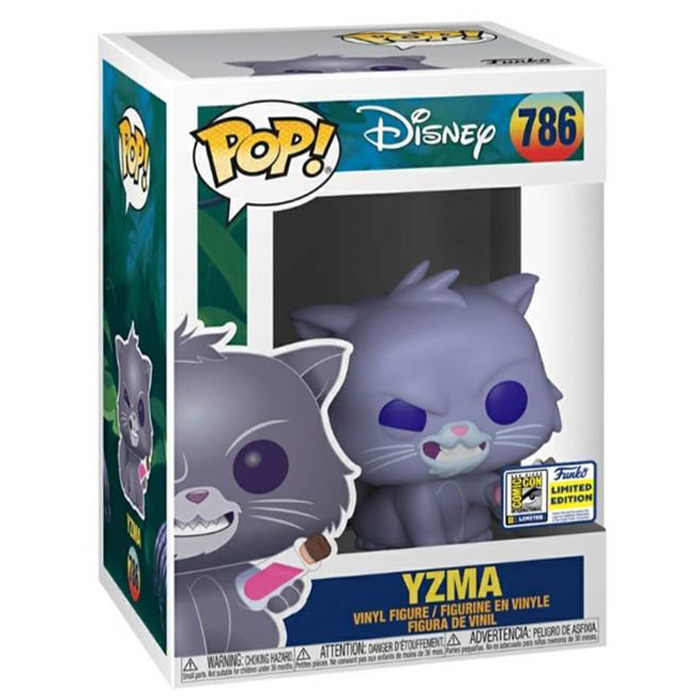