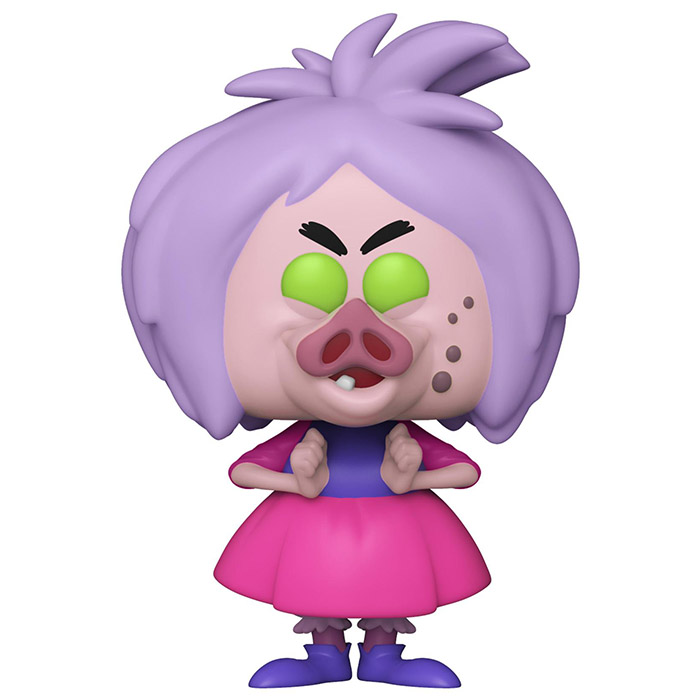 Madam Mim is a witch and Merlin’s well-known enemy in Disney’s cartoon Merlin The Enchanter, The Sword in the Stone in VO. The film focuses on young Arthur, a servant in the house of Sire Hector who happens to be the hidden son of the last king of England. One day, he gets lost in the forest and meets the enchanter Merlin. Merlin recognizes the young man’s potential and decides to become his tutor. But Arthur will also accidentally meet Madam Mim, a lifelong enemy of Merlin. Recognizing that Arthur is Merlin’s protégé, she tries to kill him in revenge. Merlin saves him but Madam Mim tries again to kill him several times until this memorable scene where the two magicians will confront each other, taking many forms and multiplying the spells until Merlin’s victory and this in spite of the numerous cheats of Madam Mim who does not hesitate to respect her own rules. 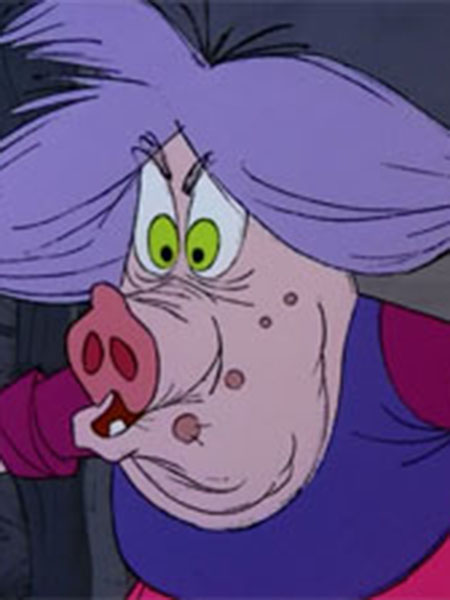 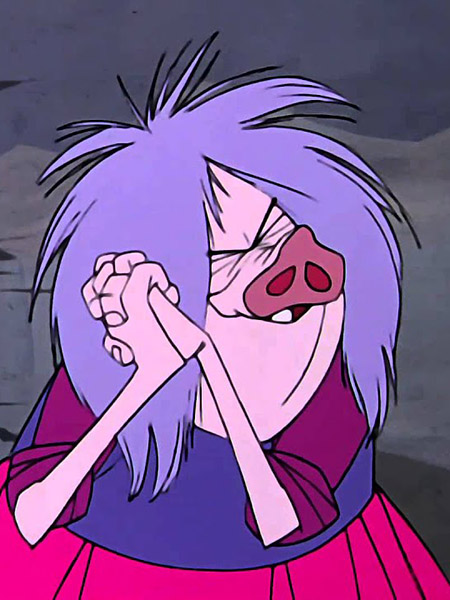 Madam Mim is represented here during this famous fight and more precisely at the moment when she is partly transformed into a pig. We find her usual outfit in shades of pink and purple. The skirt is full and pink, the top purple with pink sleeves and she wears simple purple shoes. Only her face has the appearance of a pig, all pink with a snout, a single tooth and disturbing green eyes. There are also Madam Mim’s four large moles on her left cheek. Finally, her disheveled hair is light purple and relatively short. 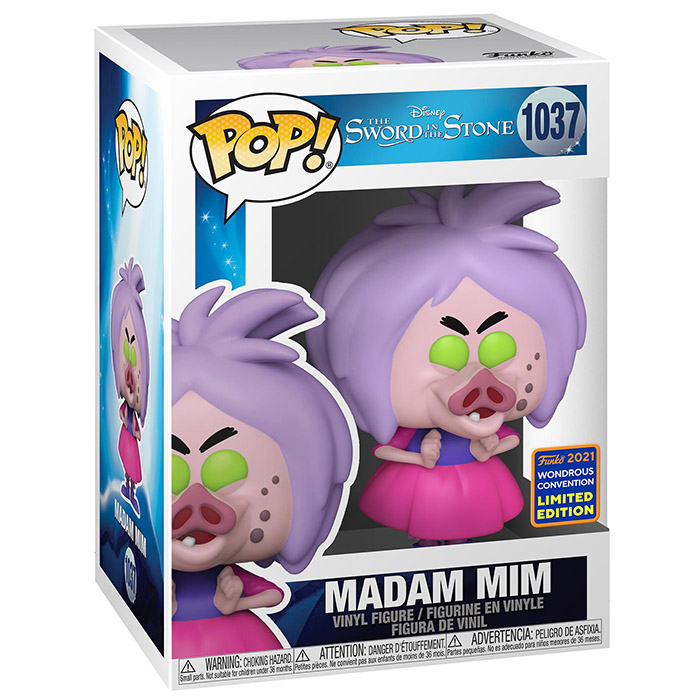