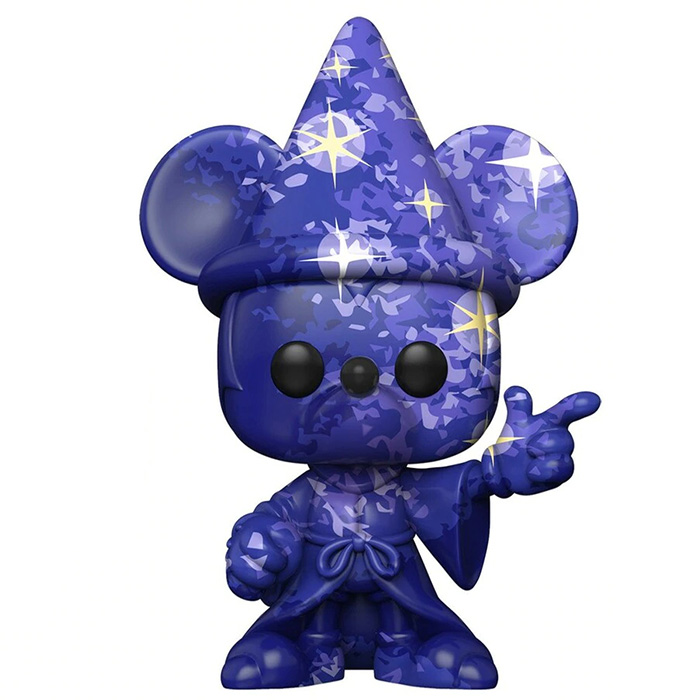 Mickey is one of many characters in the animated Fantasia, one of the first Disney Studios feature films illustrating seven major pieces of classical music in an almost abstract way with various characters. Mickey is the hero of the part The Sorcerer’s Apprentice illustrating the piece of music of the same name by Dukas and a poem by Goethe. Mickey is the apprentice of the sorcerer Yensid, and he has taken advantage of the latter’s sleep to bewitch the brooms with which he must clean. But then he has to fight them when they lose control. 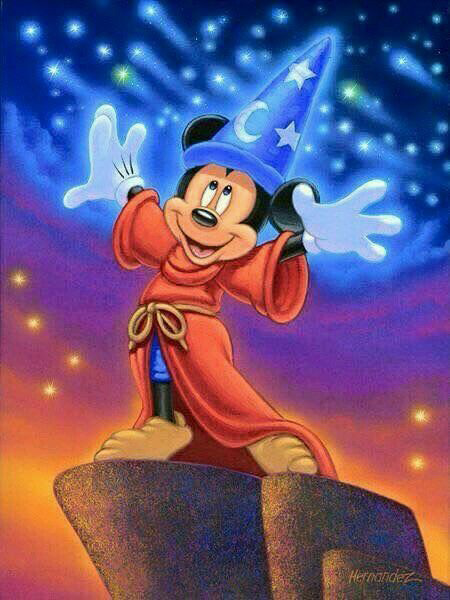 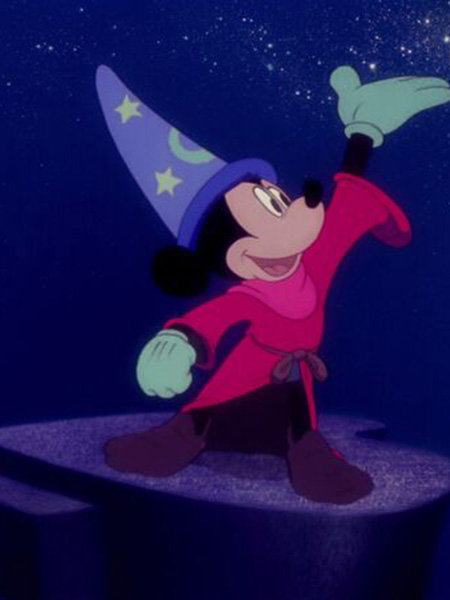 For this new version of the character, Funko represented Mickey in its art series category, that is to say by using an existing mold but painted in a different style by an artist. Here, we find Mickey with his sorcerer’s apprentice outfit, a long dress closed by a string and a pointed hat. He has a raised hand pointing to the side and his big round ears sticking out of the hat. 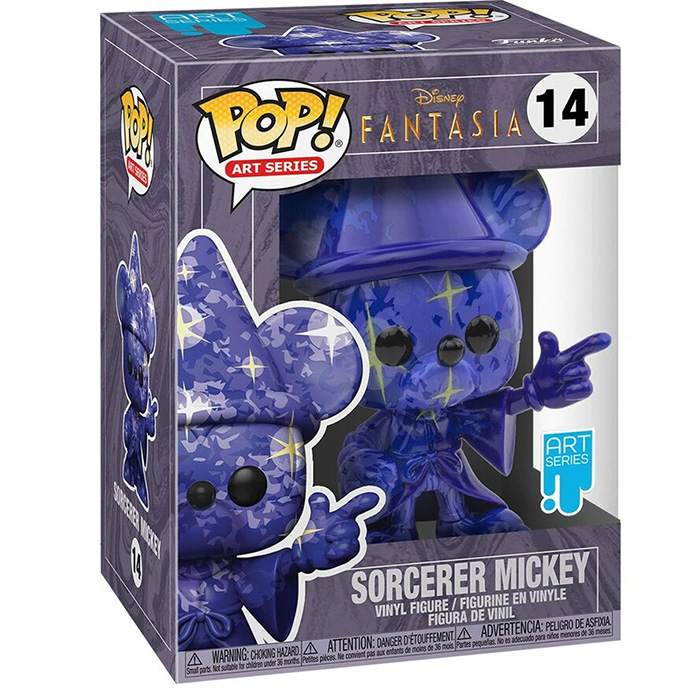