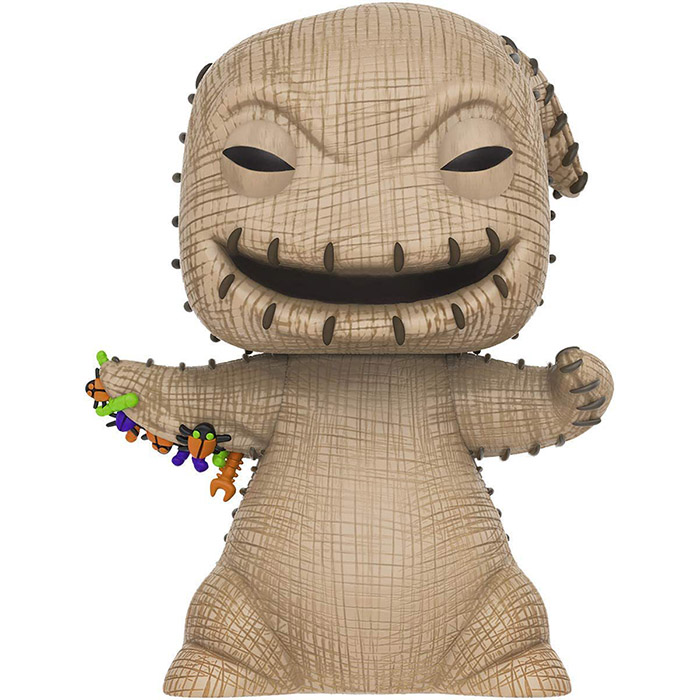 The Terror of Halloween Village

Oogie Boogie is the most feared character in Halloween Town in the famous stop motion cartoon The Nightmare Before Christmas. In French, he would be called the bogeyman. He lives in a very dark house and likes to sing jazz songs. When Jack Skellington, the hero, discovers the Christmas town that he thinks is the answer to his sadness and melancholy, Oogie Boogie decides to find out more. He sends his henchmen, Lock, Shock and Barrel to kidnap Santa. They take him back to Oogie Boogie’s house so that he can interrogate him. In the absence of Santa to do his job, Jack Skellington will decide to take his place to replace him. 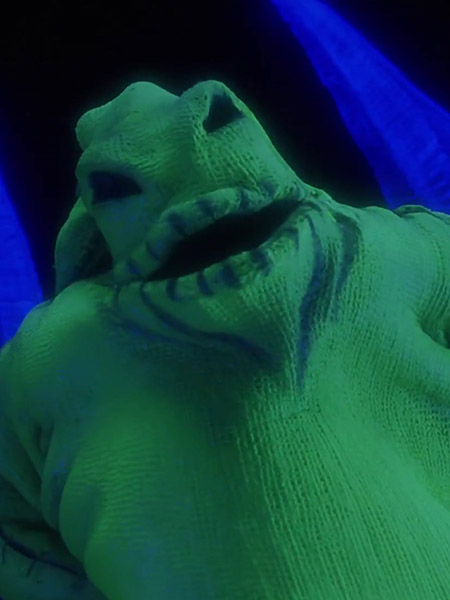 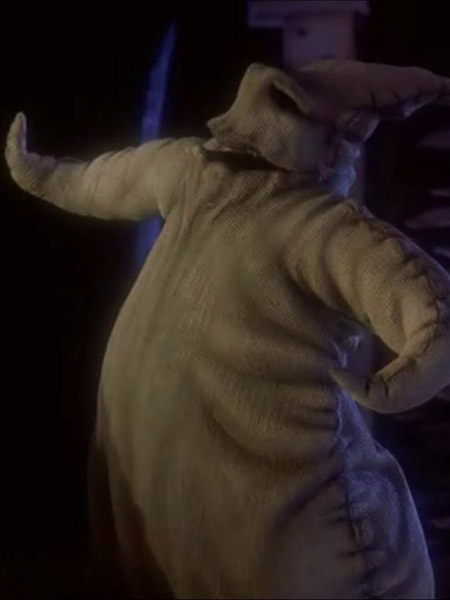 A Lifetime of Terror

Oogie Boogie is shown here in a 25 cm super sized version. His body is made of coarse beige canvas with big brown seams to keep it closed. He seems to be mainly filled with straw, but some openings in the seams show many multicolored insects coming out of him too. He sports a big, ragged smile and small, frowning eyes and eyebrows. 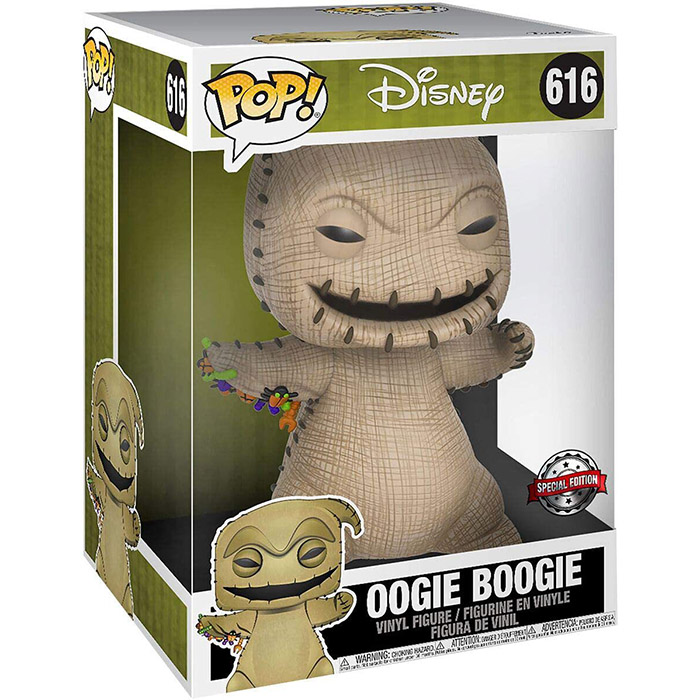