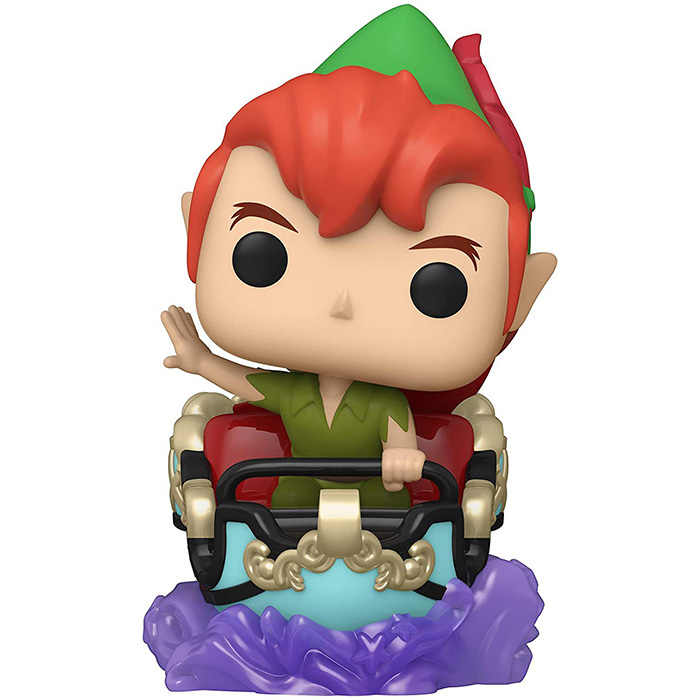 Peter Pan’s Flight is one of the classic attractions of Disneyland Park. It was created in 1955 with the opening of the first park and was present at the opening of the parks in Paris, Shanghai and Tokyo (it is also present in Florida). It is of course inspired by the cartoon Peter Pan and offers a scenic journey of two to three minutes depending on the park. The travellers are in a pirate ship hung by a rail from the ceiling which gives the sensation of flying. The ride starts in the children’s bedroom and then heads off to Neverland, first flying over London and then reliving important moments from the film. The attraction is one of the most popular because it combines a rich visual world and sensations while being accessible to young people. It also uses technologies such as fibre optics and black light which were very modern at the time. 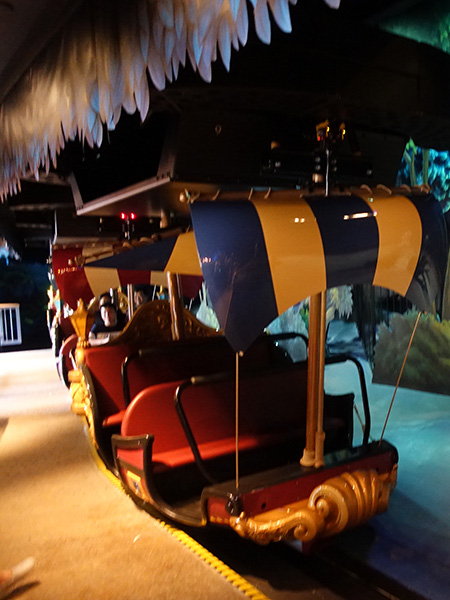 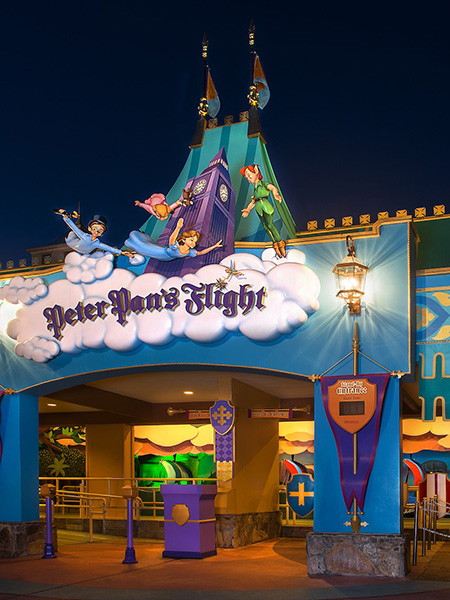 The hero in his attraction

So to celebrate the 65th anniversary of the first Disneyland park, Funko has depicted Peter Pan in one of the boats in their attraction. The boat is turquoise with pretty gilding and red seats. There are some purple waves surrounding the boat to give the impression that it is really on a magical water. Peter is sitting at the front, holding the helm with one hand and the other hand at his side. We find his red hair as well as his green suit and his small pointed hat. 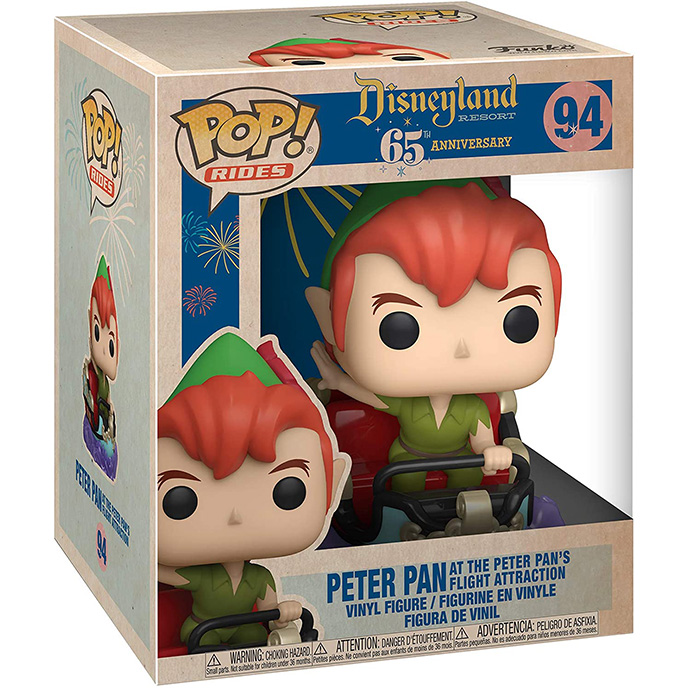