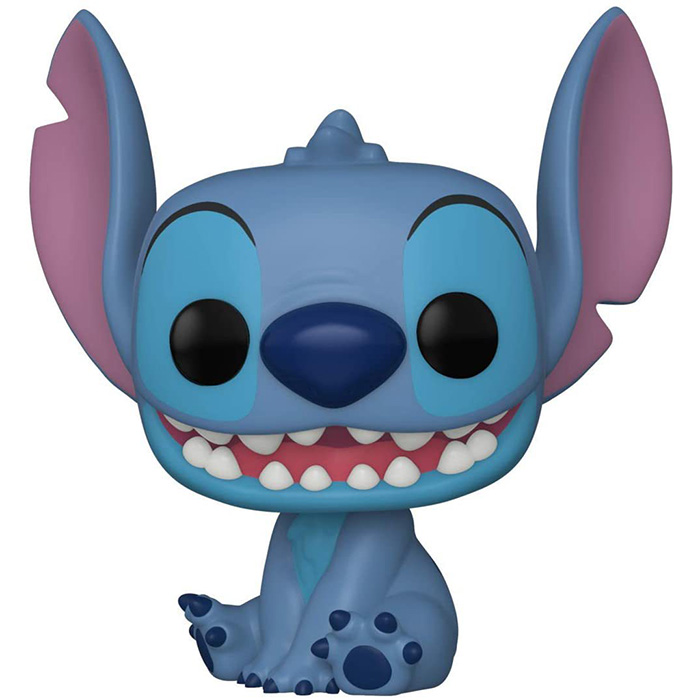 Stitch is a creature created in a laboratory by a slightly mad alien scientist. He created him to be particularly strong and intelligent but also very mean and destructive despite his cute and harmless appearance. Stitch is sentenced to exile on a desert planet but he manages to escape during his transfer and crashes on Earth in Hawaii. Mistaken for a dog, he is taken to a shelter where he is adopted by Lilo and her sister Nani, two orphans. To escape his pursuers, Stitch plays along, as his pursuers are not allowed to hurt humans or reveal themselves to them. But it’s not easy to pretend to be a nice dog when you’re programmed for destruction. 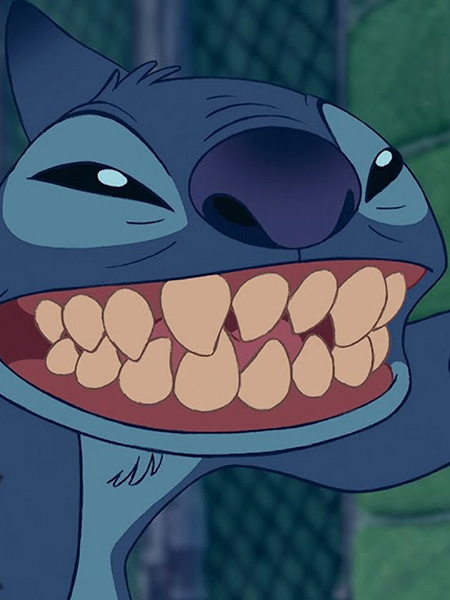 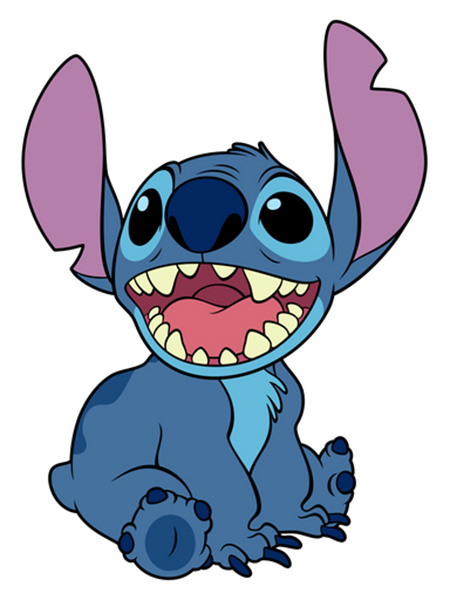 Stitch is shown here sitting with a big smile of amusement. He is sitting on his backside with his front paws between his back paws. We can see his blue body with his clawed paws. On the head, we find his mouth open on a very large smile with pointed teeth, a large blue nose and his large ears raised. 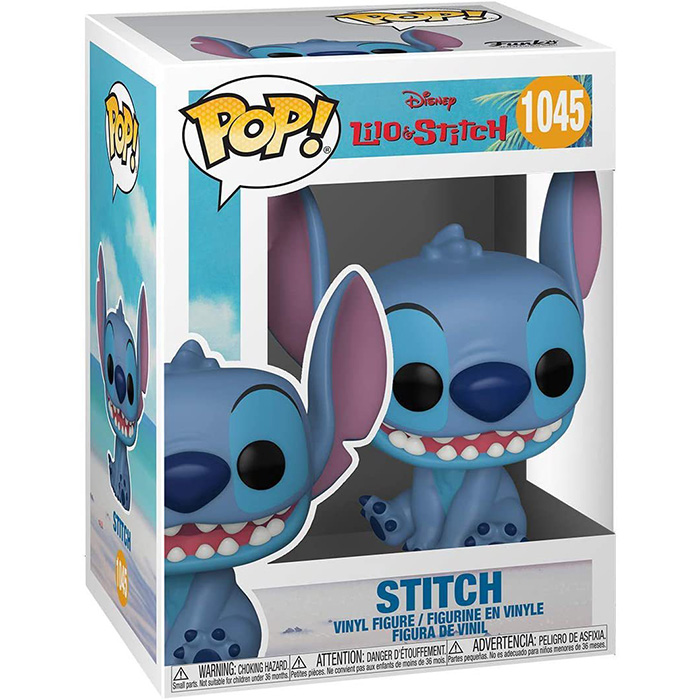