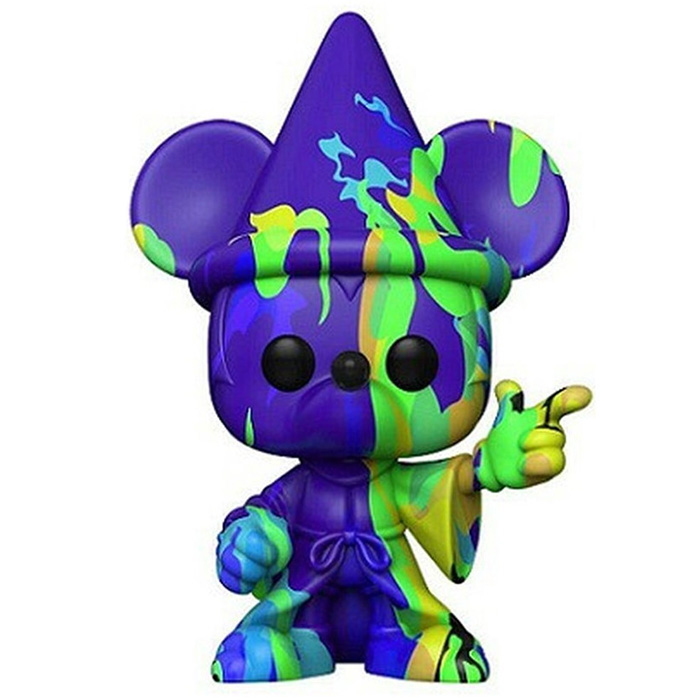 Mickey is the main character in one of the paintings in the Disney Studios cartoon Fantasia. This cartoon is a series of short poetic stories illustrating classical music pieces. In one of these paintings, Mickey is the apprentice of a wizard who is tired of cleaning for his master. So one day, taking advantage of the fact that his master is asleep, he takes his wand and starts to do magic. At first to avoid having to do the housework, then his magic takes on much greater proportions. 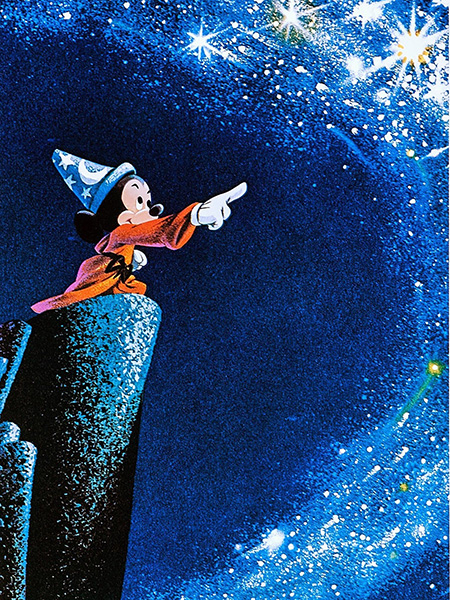 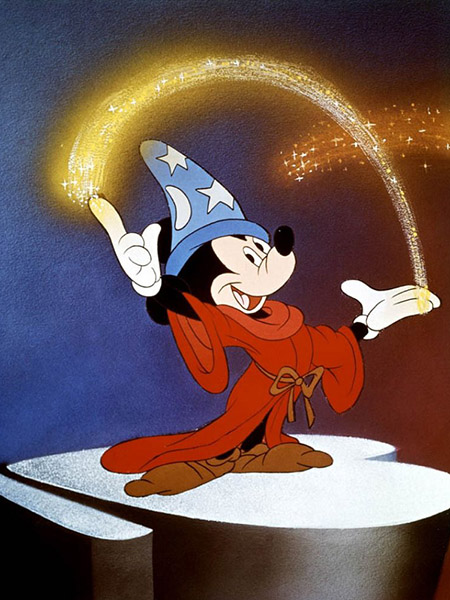 For this Art Series figure, Funko has represented Mickey in his apprentice magician outfit. He wears a long dress, his usual gloves and a hat with stars showing his two big round ears. But the figure is painted in a more abstract way in shades of blue and dark purple with touches of brighter green as if to show discharges of magic. 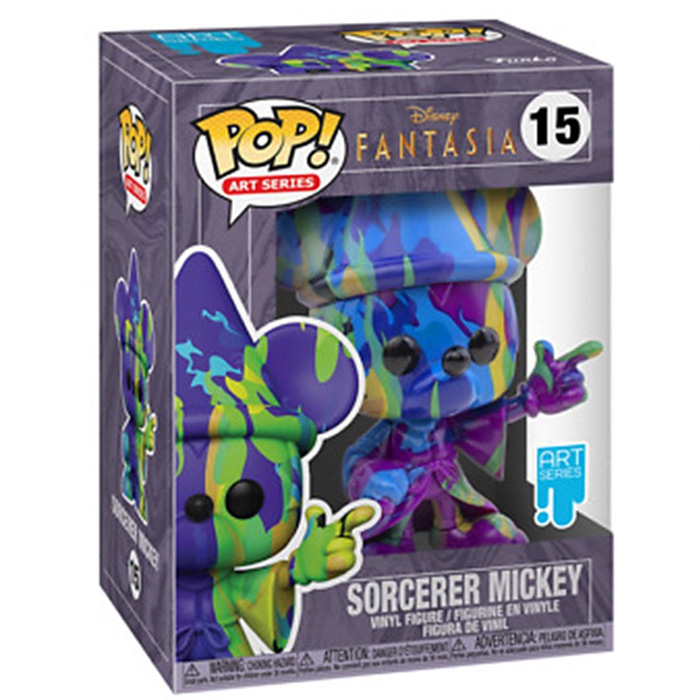