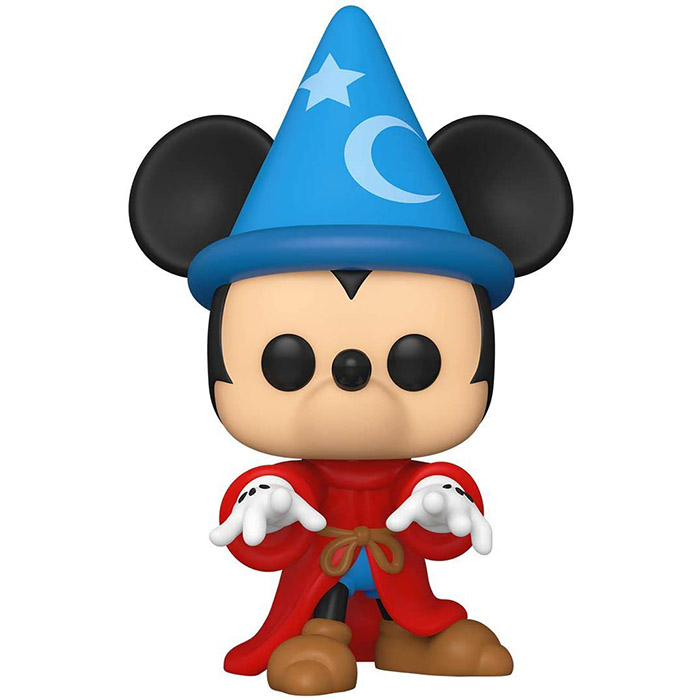 Mickey is the hero of the Disney Studios film Fantasia, one of the first animated features created by Walt Disney. This film features Mickey who is here the apprentice of a wizard. Bored with the ordinary tasks that the wizard gives him all the time, Mickey takes advantage of the fact that the wizard has fallen asleep to take his wand and try spells. He then finds himself transported into a fantastic and almost abstract world where the images are there above all to illustrate several famous classical music compositions. 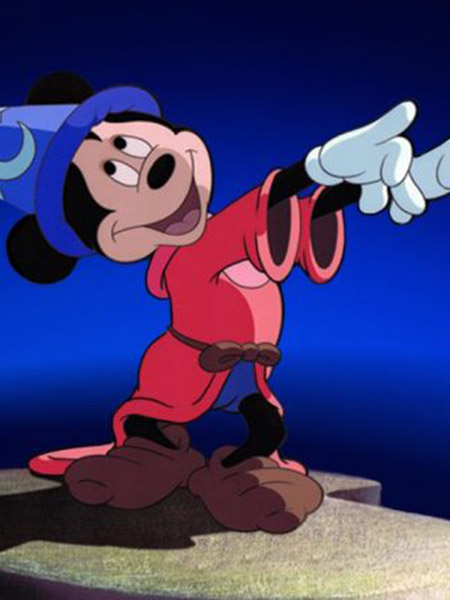 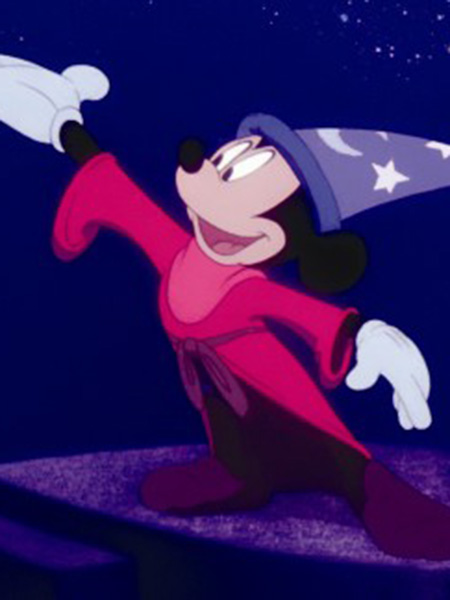 Mickey is represented here with his wizard outfit. He wears a long red dress closed by a rope and which just let appear Mickey’s blue shorts and his brown shoes. We can see his mouse head with its pointed muzzle and its two big ears. He is also wearing a pointed hat with a moon and a star. He is also wearing white gloves and he is holding his hands out as if he was going to cast a spell. 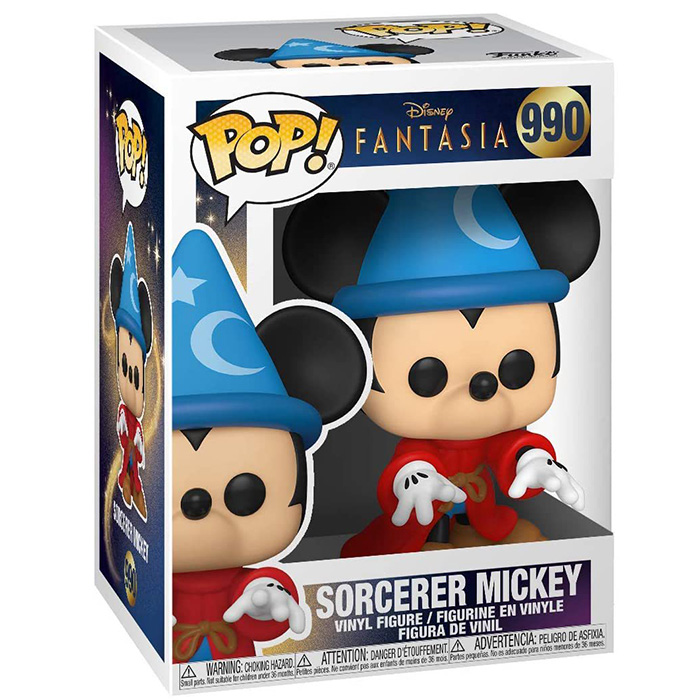