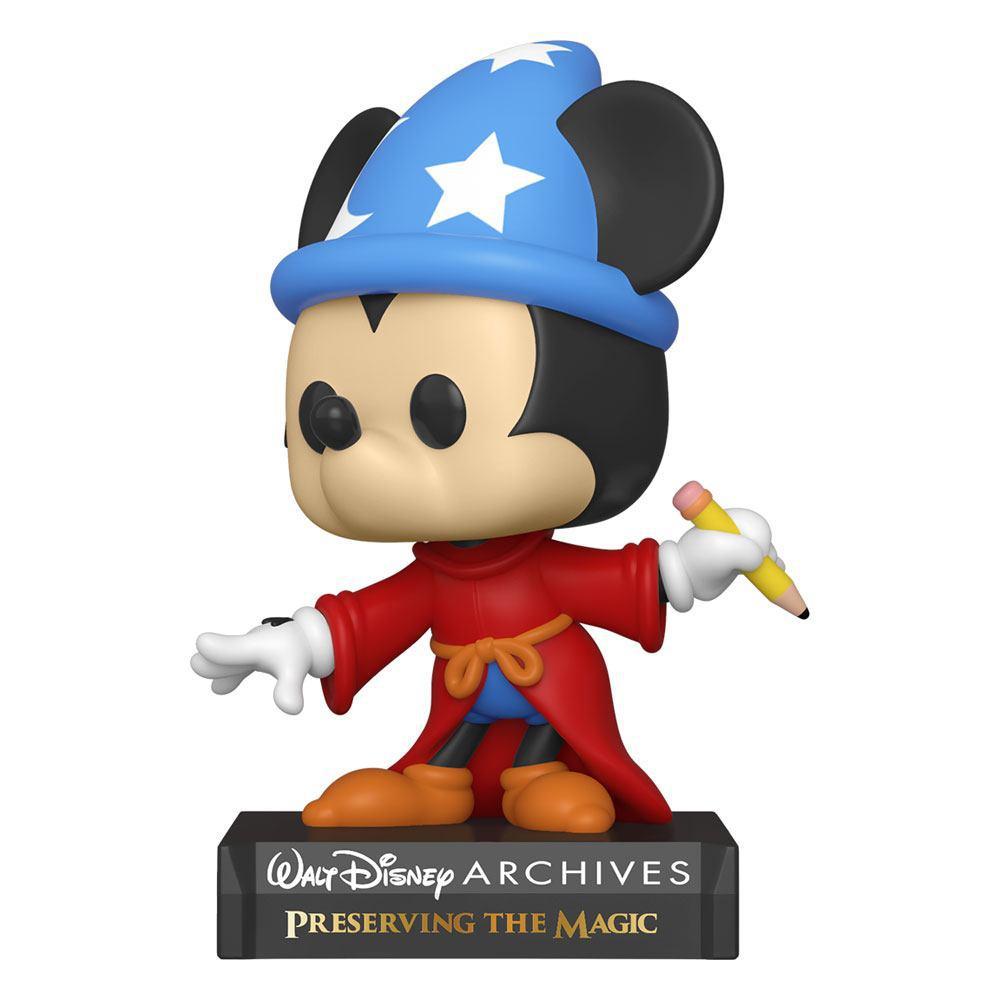 His first film in color

Mickey is the famous Disney Studios mascot created in the 1920s after the studios lost the rights to their character Oswald the rabbit. He is an anthropomorphic mouse with a cheerful disposition and a famous squeaky voice. He is also the hero of the animated film Fantasia, one of the first feature films of the Disney studios and the first adventure in color for Mickey. He plays the role of an enchanter’s apprentice. One day, tired of doing nothing but cleaning and boring chores, he takes advantage of the enchanter’s sleep to take his wand and try spells. At first, he just magically makes the utensils clean, but very quickly, things take on greater proportions and he finds himself in a fantastic world. 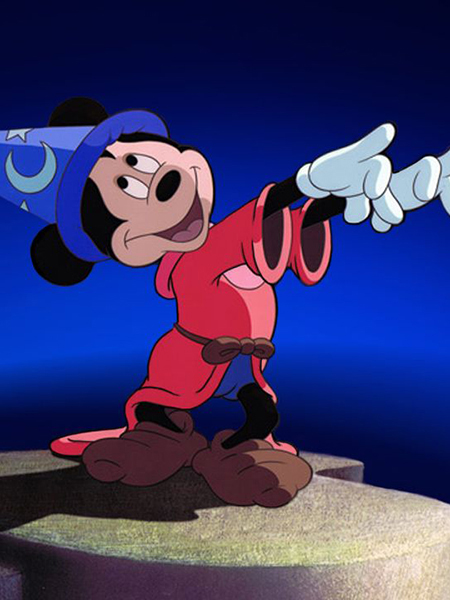 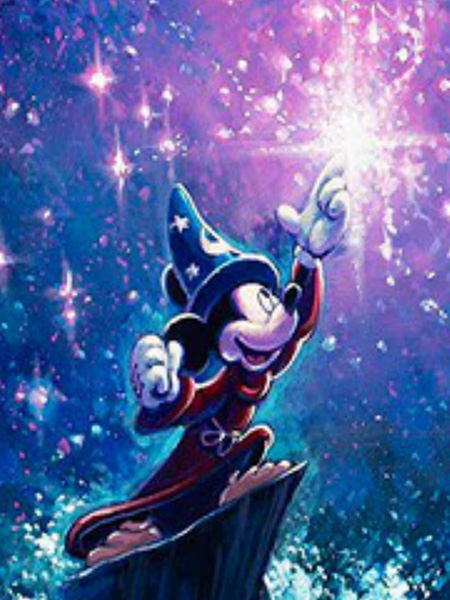 This figurine is part of the fiftieth anniversary collection of the Walt Disney archives. With the other figures that make it up, it has the particularity of having a large black base and above all, the five figures follow each other, each one drawing the next. Mickey is wearing his apprentice enchanter outfit with his long red cape revealing his blue shorts and his big brown shoes. In one hand, he is holding a pencil to draw the next figure and the other one is stretched because drawn by the previous figure. We find his big round ears and his muzzle and of course his pointed blue hat with white stars. 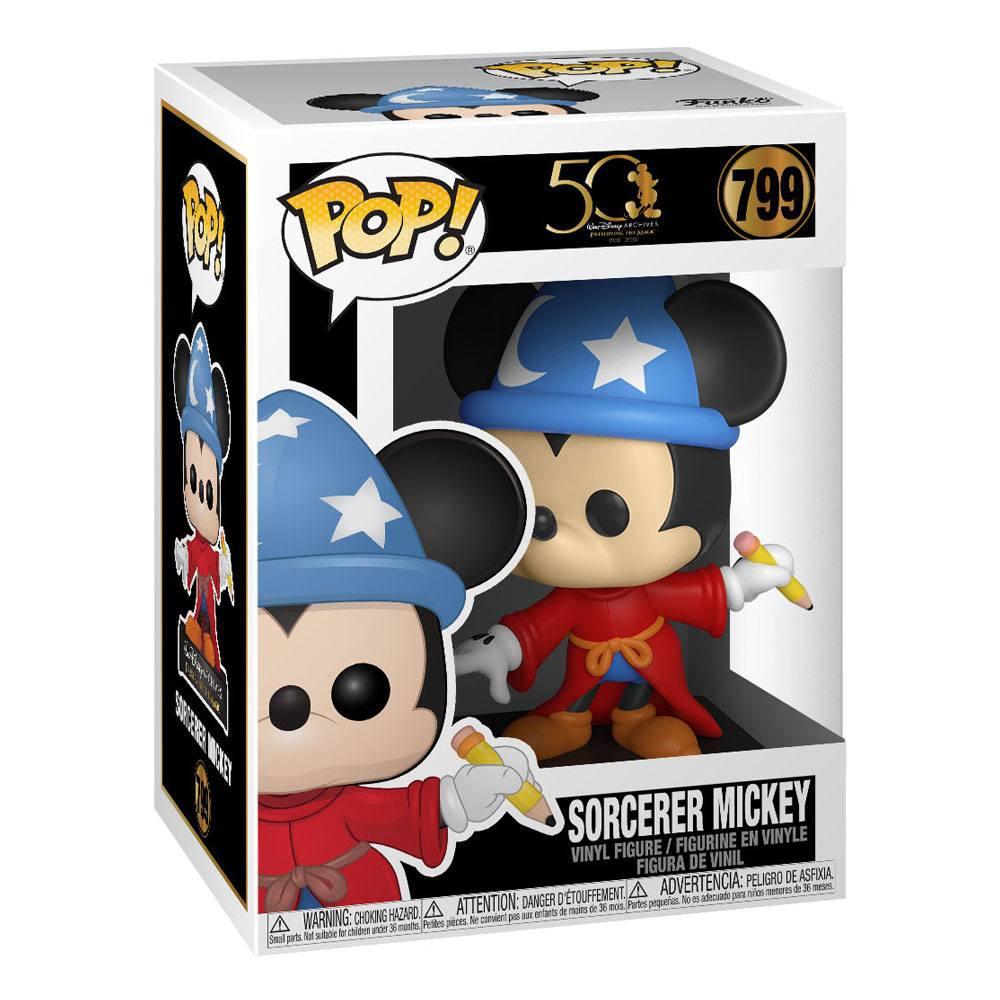