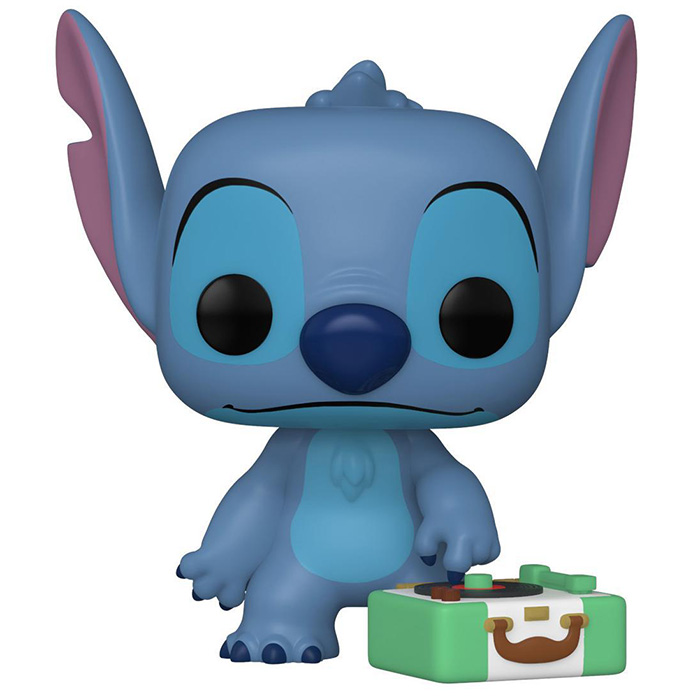 Stitch is one of the two heroes of Disney’s Lilo and Stitch cartoon. The film takes place in Hawaii where Stitch lands while trying to escape during his transfer to a desert planet. Indeed, he is an alien creature created in a laboratory by a scientist and programmed to be strong, mean and very smart. He is mistaken for a dog, taken to a kennel and adopted by Lilo, a little girl living with her older sister since the death of their parents. Stitch plays along in order to escape his pursuers, but it’s very hard for him to adapt to this new life and behave like a nice dog when his only instinct is destruction. Not to mention that Stitch also has to hide the fact that he talks or that music can come out of him when he puts his finger on a vinyl turntable. But despite all this, he will eventually get used to it and will even become attached to his little family. 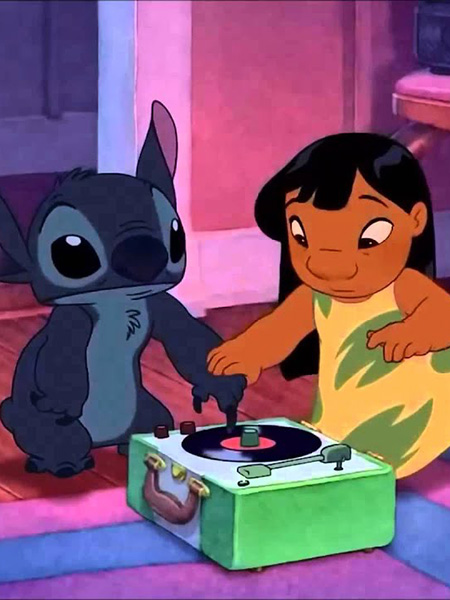 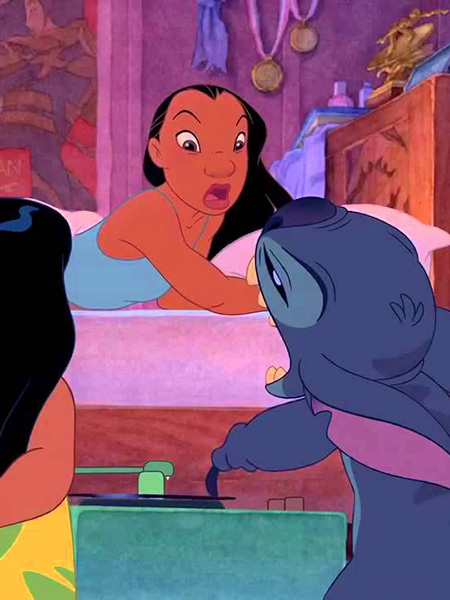 Stitch is shown here during this scene where Lilo shows her sister that Stitch can read vinyl records by simply putting his finger on them. Stitch is standing with his clawed back legs and one of his front legs at his side. The other is extended towards the turntable with one of its claws replacing the diamond. The turntable is contained in a kind of small green and white retro case with a brown leather handle. At the level of the head, we find his big nose and his tense ears. His expression seems surprised. 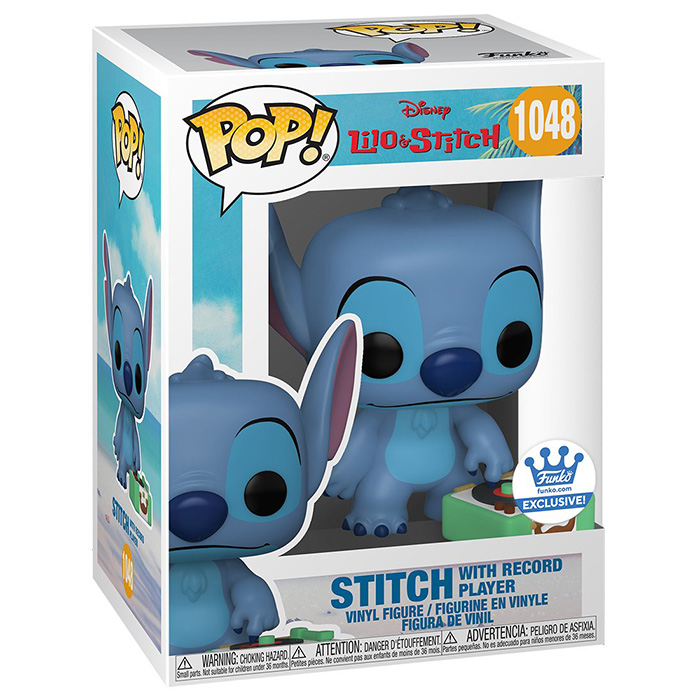