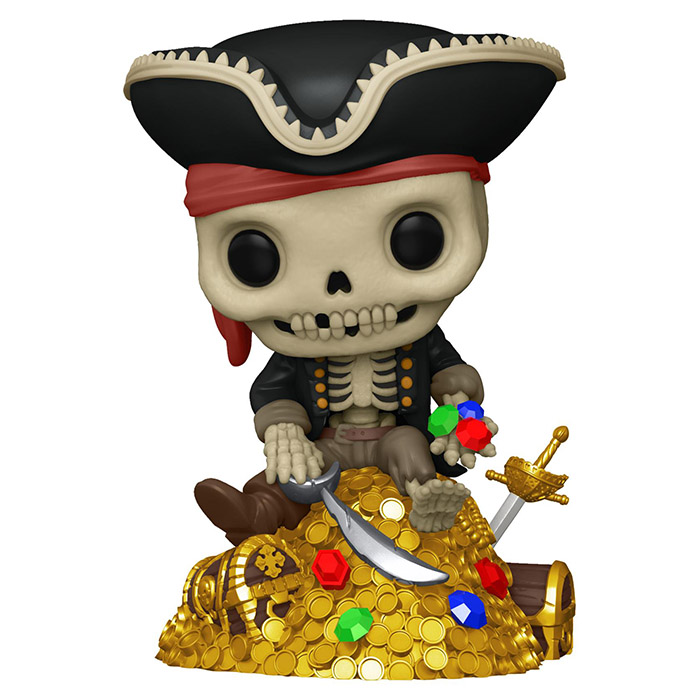 The Funko Pop figure Pop Treasure Skeleton glows in the dark (Pirates of the Caribbean) Interested?

The Treasure Skeleton is one of the most famous automatons in the Pirates of the Caribbean attraction at Disneyland Parks. This attraction, one of the most popular, was inaugurated in the first Disneyland park in 1967, then was present since the opening of almost the five other parks with castle. In this attraction, visitors are on the water in a boat that goes around at night in a pirate world. First, you wander through a pirate village before arriving in the basement and the famous cavern where a huge treasure is located. There, on a pile of gold coins and precious stones, we find the skeleton of a pirate sitting on top. It is of course from this attraction that the Pirates of the Caribbean movies were born and the character of Jack Sparrow greatly inspired by this famous pirate skeleton and another automaton that we meet earlier. 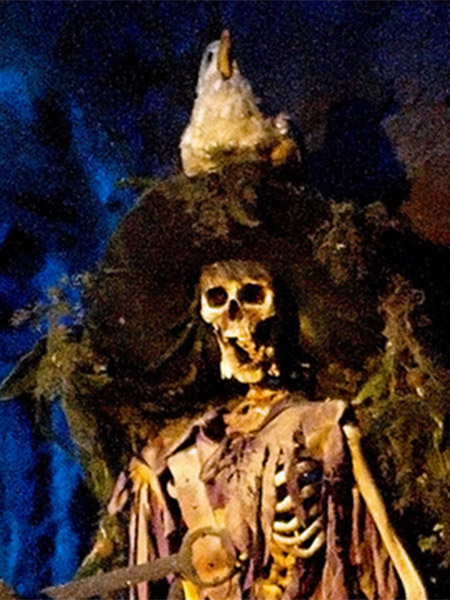 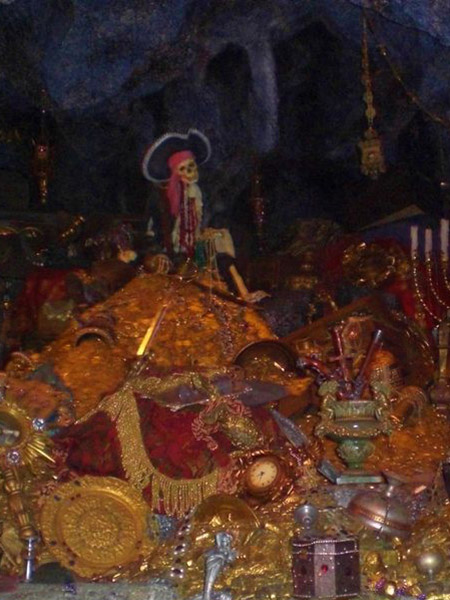 So here Funko has depicted this famous pirate sitting on his pile of gold in the attraction, his bones glowing in the dark. The pile of gold is the base and we see in addition to gems, chests and swords protruding from the pile. The skeleton wears a pirate outfit with a single boot, a black coat with gold buttons and a black tricorn with a red bandanna underneath. He still holds his sword in one hand and some gems in the other. 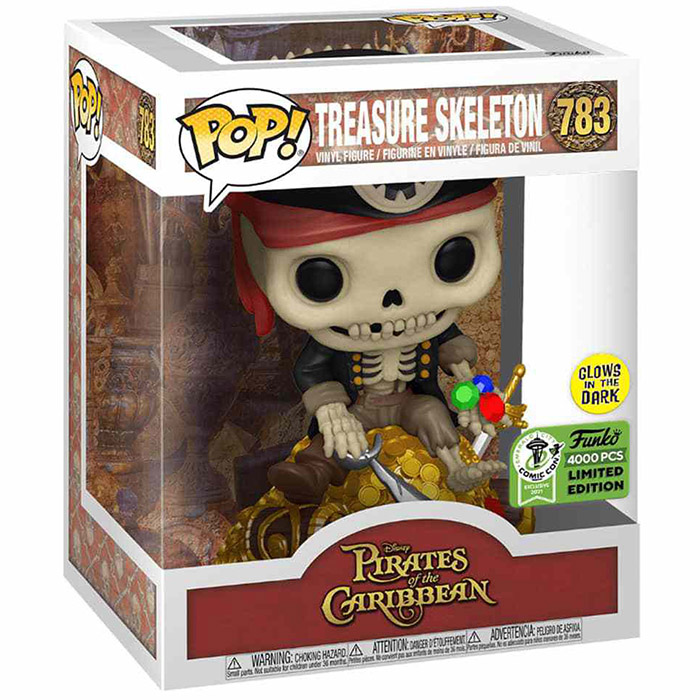 The Funko Pop figure Pop Treasure Skeleton glows in the dark (Pirates of the Caribbean) Interested?