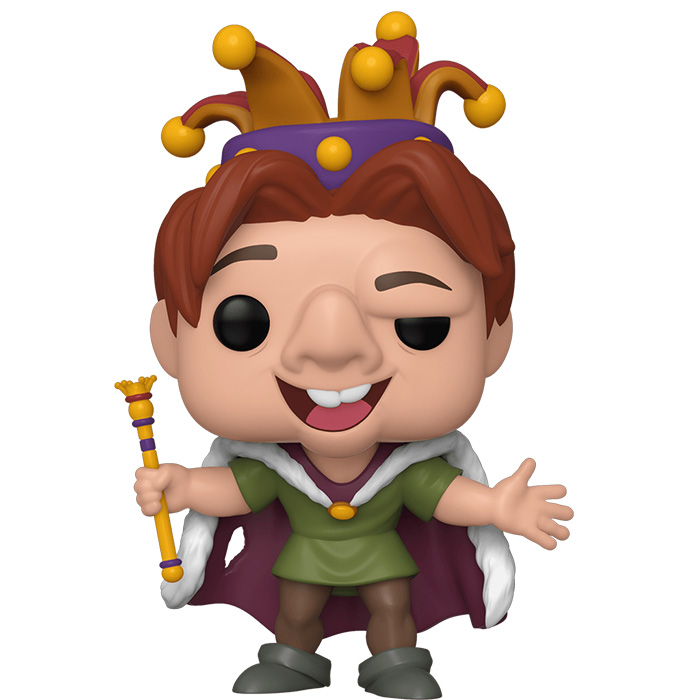 Quasimodo is the hero of The Hunchback of Notre Dame, the Disney Studios cartoon very loosely adapted from Victor Hugo’s famous novel. Because of his deformity, Quasimodo was abandoned by his mother at the gates of Notre-Dame and adopted by Archdeacon Frollo, who hid him all his youth inside the cathedral, wishing to preserve his innocence from the sin that awaited him outside. But everything changes when the bohemian Esmeralda takes refuge in the church one day. Both fall in love with her and while Quasimodo accepts that they can only be friends and enjoys this new person in his life, Frollo’s interest turns to obsession. Thanks to Esmeralda, Quasimodo will discover the world but this will only reinforce Frollo’s impression that she is evil incarnate. 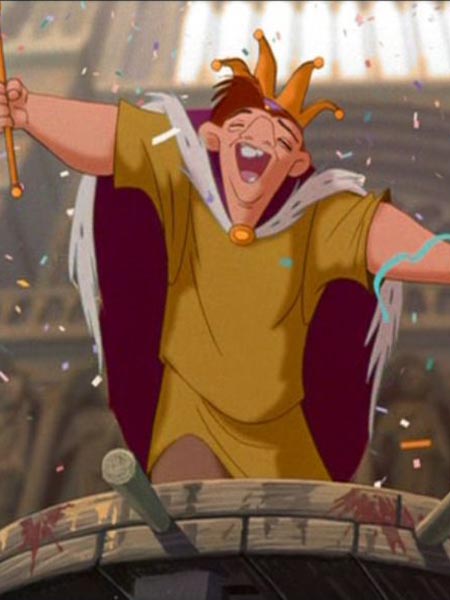 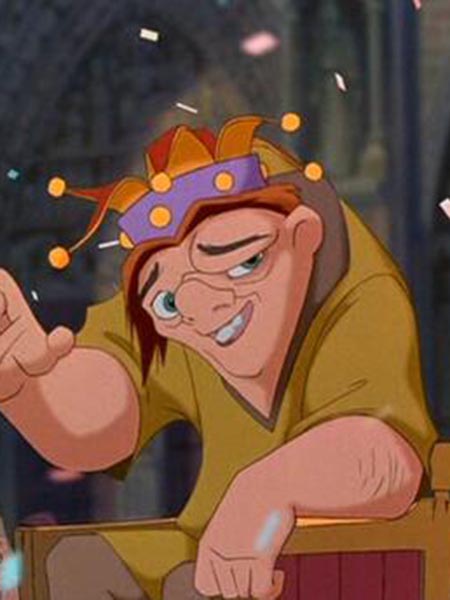 Hero for a Day

Quasimodo is shown here in his “King of Fools” outfit when Esmeralda brings him to the Court of Miracles. He is wearing brown trousers and a green tunic with small grey shoes. He also wears a kind of red cape with white fur trim and holds a golden stick in one hand. At the head level, we find his deformed face with its prominent eyebrow arch and its flattened nose. Finally, he also wears a fool’s crown with bells at the end on his red hair. 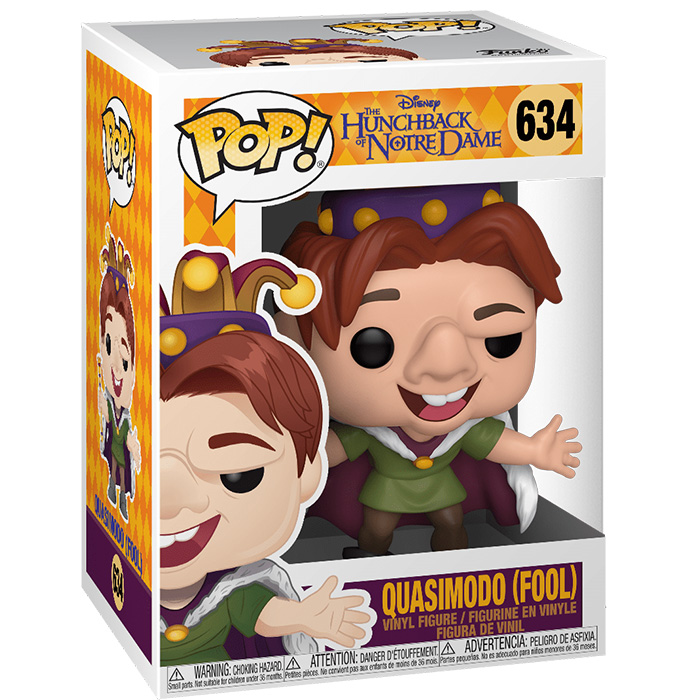