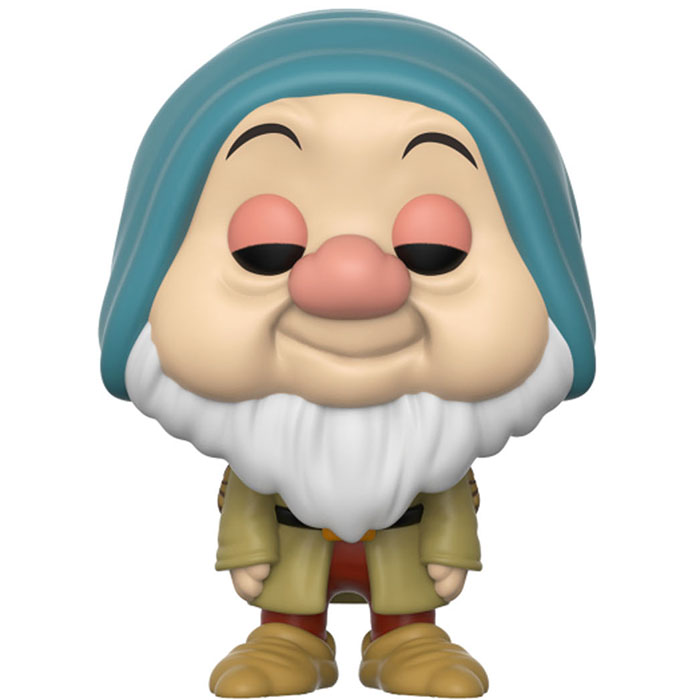 Sleepy (Sleepy in VO) is one of the seven dwarfs in the Brothers Grimm tale Snow White and the Seven Dwarfs as well as the Disney Studios adaptation. When the Evil Queen orders Snow White’s death because she has become more beautiful than she is, Snow White flees into the forest and ends up in a seemingly empty house. She lies down on one of the little beds and falls asleep. But it turns out that the house belongs to seven dwarves who had gone to work in the mine. When they return and Snow White explains what is happening to her, they decide to take her in. Each dwarf has a distinct personality trait that has earned him his name. Sleepy, as his name suggests, always seems to be tired. He has eyes that close at the first opportunity and it doesn’t take much for him to fall asleep. The rest of his personality is quite gentle and friendly. 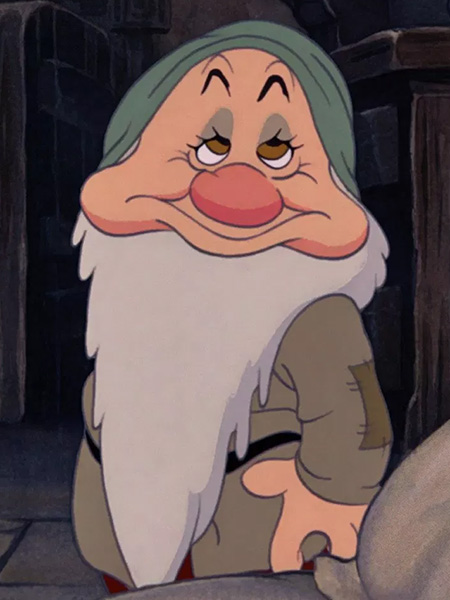 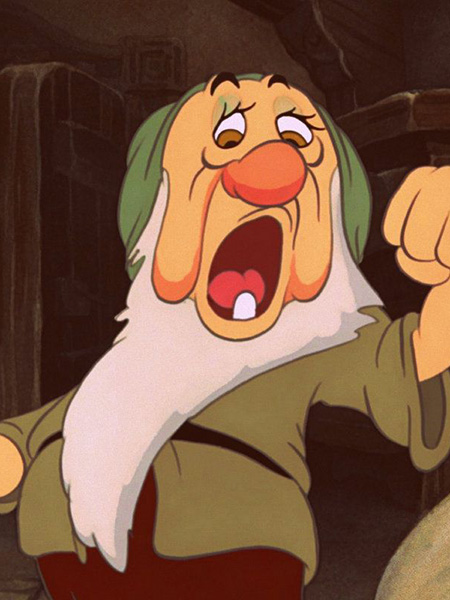 Dormeur has thus been represented here with that sleepy expression that almost never leaves him. He wears a green tunic with long sleeves closed by a big black belt. He also wears red trousers and small yellow shoes a bit shapeless. On his head, we find his big blue cap hiding all his hair and ears. He also has a big white beard, a big red nose and half-closed eyes whose eyelids are red from sleep. 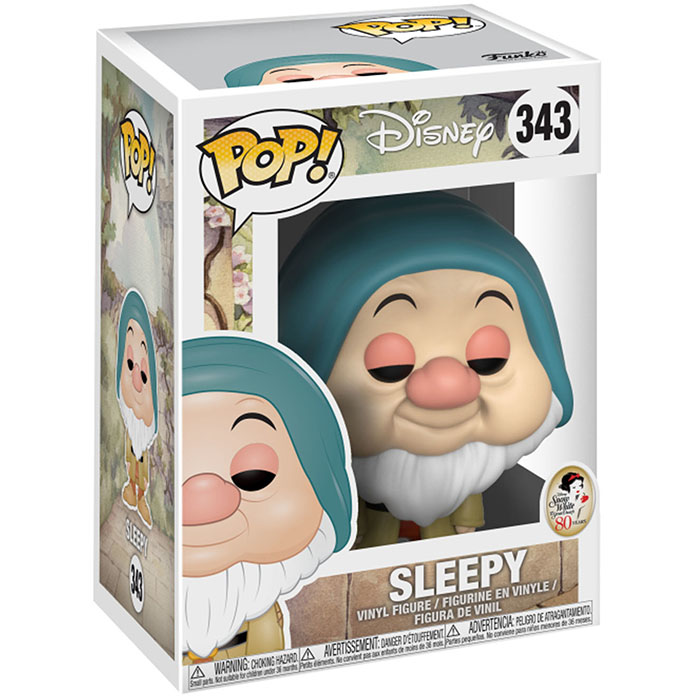