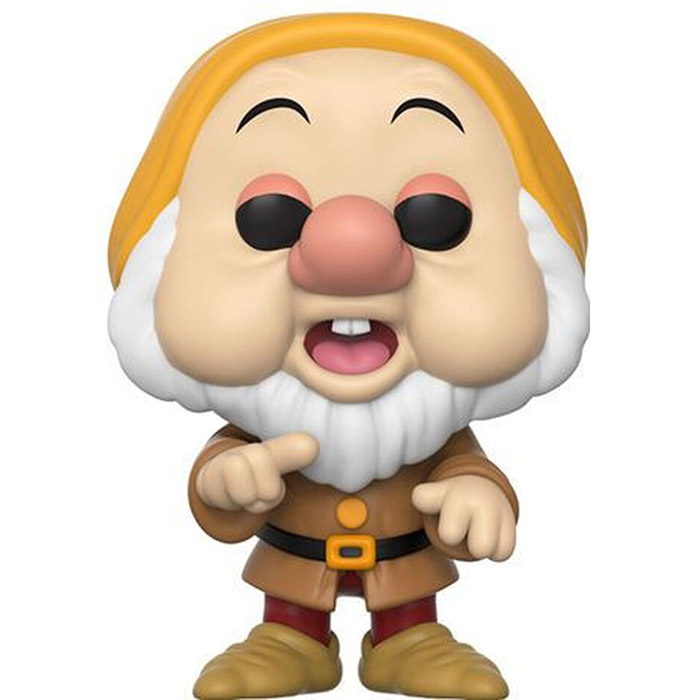 A dwarf with a cold

Sneezy is one of the seven dwarfs in Disney’s Snow White and the Seven Dwarfs. Released in 1937 and being the first animated feature film of the Disney studios, it is inspired by the famous Grimm brothers’ tale of the same name. Sneeze lives in a peaceful house in the forest with his six brothers and divides his life between the mine where he works and his home. Like his brothers, his name represents one of his personality traits, in his case the fact that he is always sneezing. But the lives of the seven dwarfs are turned upside down when Snow White comes to their house while they are in the mine. She was being chased by the hunter sent by her mother-in-law, the Queen, to kill her, as she could not stand the fact that Snow White had become more beautiful than she was. The dwarves, at first surprised, welcome Snow White with open arms. 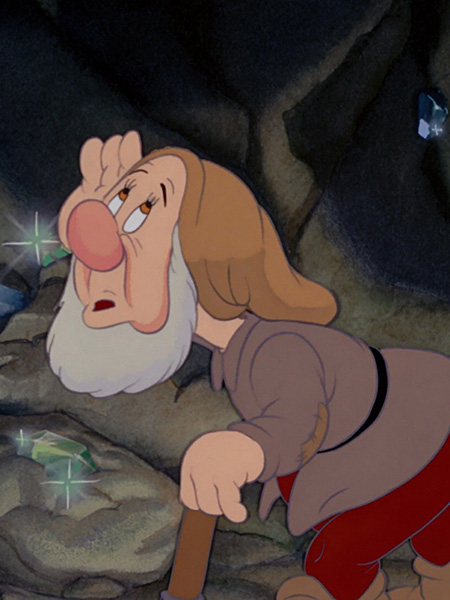 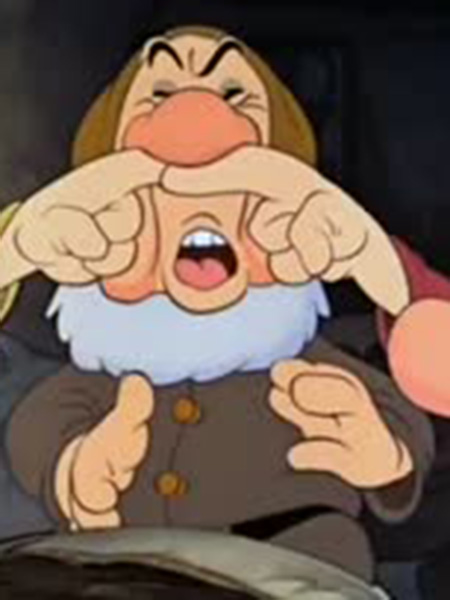 Sneeze is shown here about to sneeze. He is wearing a brown tunic closed with yellow buttons and a big black belt. With this, he wears red trousers and small yellow shoes. At the head, he has his mouth open as if he was going to sneeze and is holding one finger forward. He is also wearing a big yellow cap hiding his hair and a white beard accentuating the roundness of his face. His nose and eyes are red, showing that he is sneezing all the time. 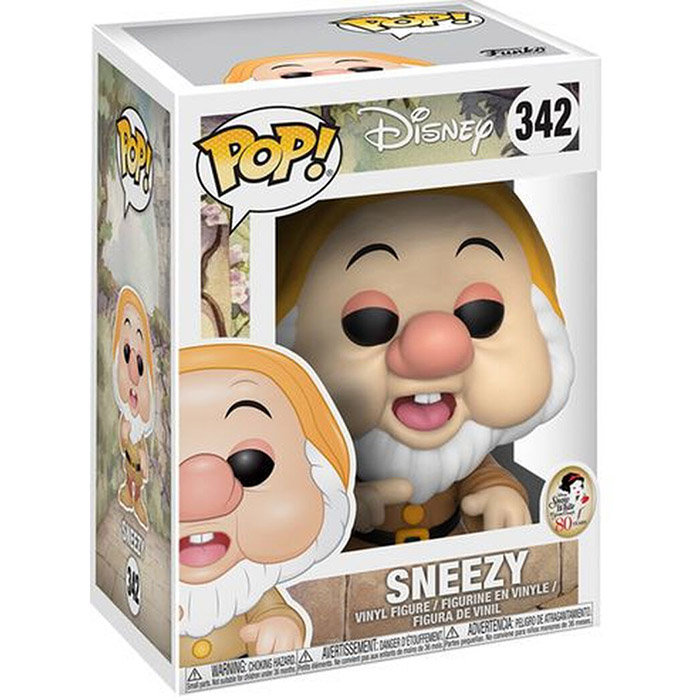