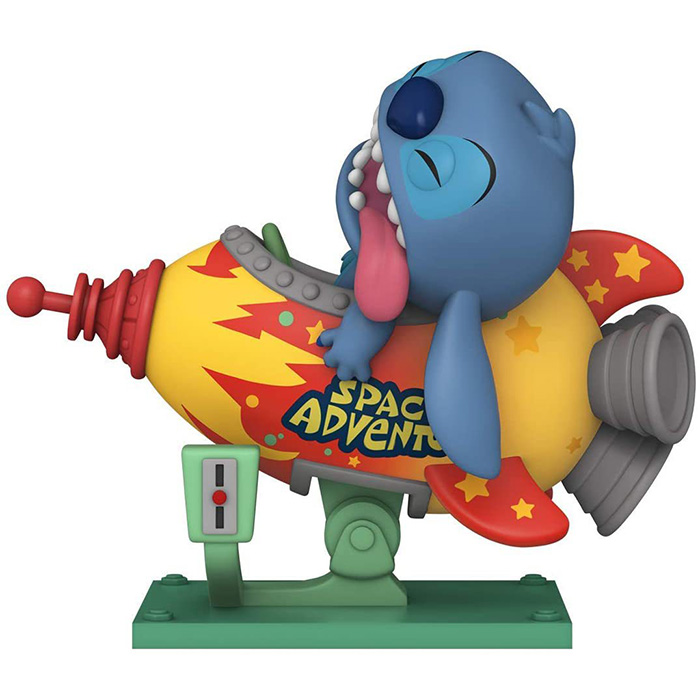 Stitch is the evil but lovable alien hero of the Disney Studios cartoon Lilo & Stitch. As the result of a forbidden scientific experiment, he is sentenced to exile on a desert planet but manages to escape thanks to his superior strength and intelligence and crashes on Earth in Hawaii. There, he is mistaken for a dog and sent to a kennel. To avoid being recaptured by the aliens chasing him, he plays along and allows himself to be adopted by Lilo and her sister Nani, two orphans. Seeing his penchant for nastiness, Lilo tries to teach him to have fun being nice, but it’s difficult for a being that has been programmed for destruction. 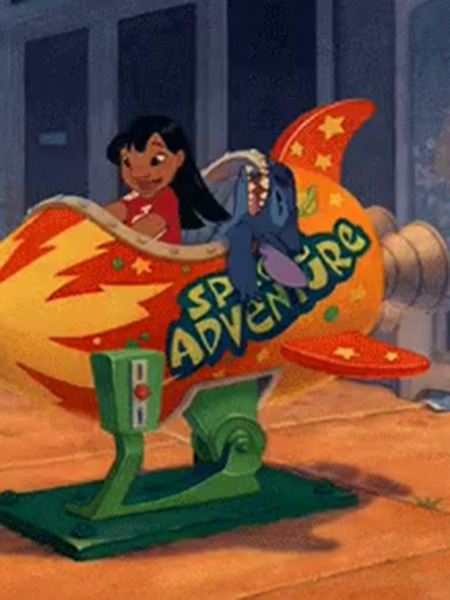 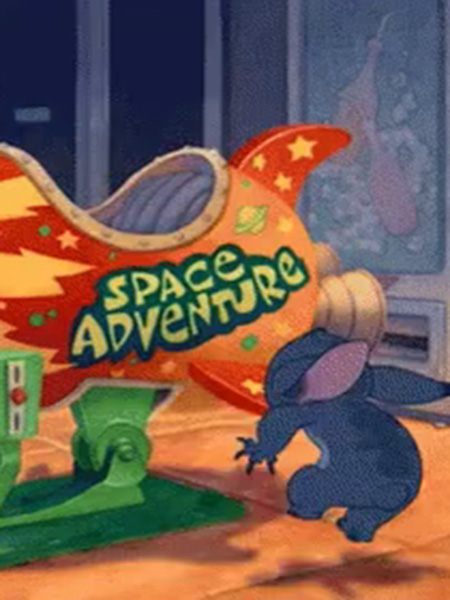 Not a real mode of transportation

For this new Pop Rides figure, Funko has depicted Stitch in the little ride that Stitch mistakes for a spaceship when they pass him on the street. When he realizes it’s just a ride when Lilo puts in a coin, he drops down in despair and sticks out his tongue. The ship is yellow and red with a flame pattern and round shapes like they used to draw ships in the 50s. On the side is written Space Adventure. Stitch is sitting in it with his blue skin and his big ears. His head is backwards, his eyes are closed and his tongue hangs out to the side. 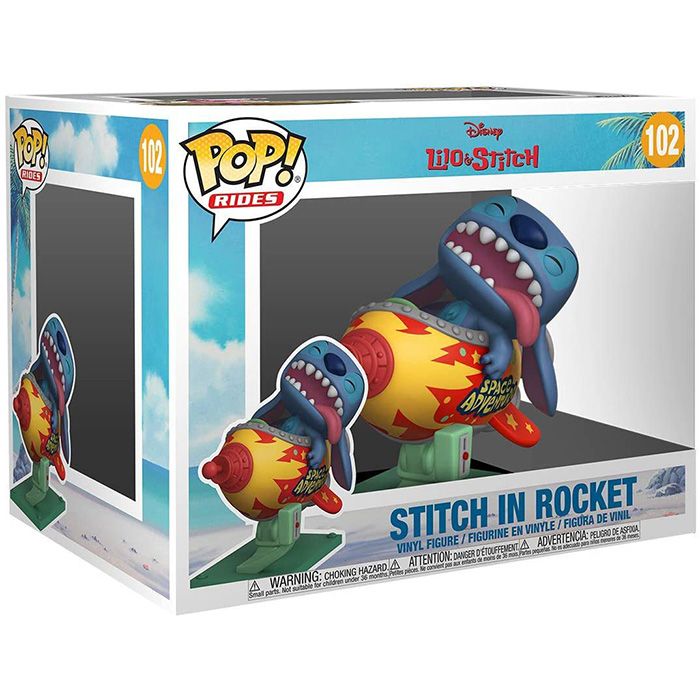