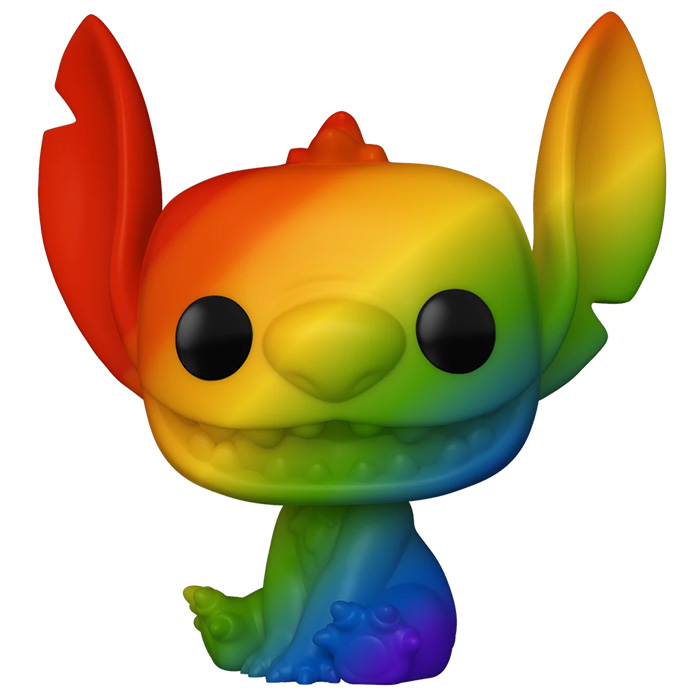 The most endearing of monsters

Stitch is one of the two heroes of the Disney cartoon Lilo and Stitch. He is an alien created in a laboratory by a mad scientist in order to make a violent, nasty, very strong but also very intelligent creature. When he is arrested, Stitch is sentenced to exile on a desert planet. While being transported, he manages to escape and crashes to Earth in Hawaii. There, he is mistaken for a dog and taken to a shelter. He is then adopted by Lilo, a little girl living with her older sister since the death of their parents. Life is already a bit complicated for the two young girls but it will become even more complicated with this destructive creature. But Stitch will decide to play along to escape his pursuers and in time, he will finally become attached to his new family, who never had one. 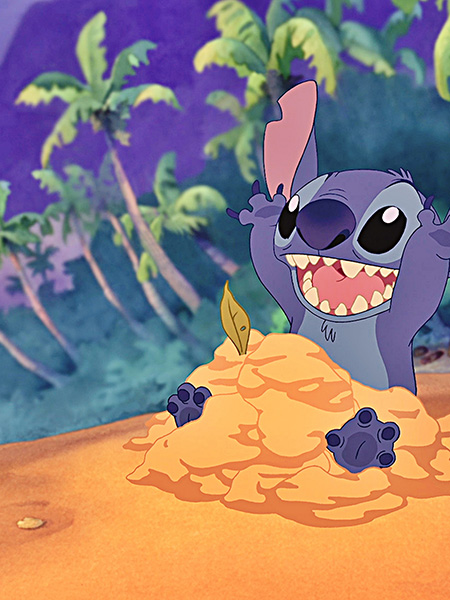 An Alien in Color

Stitch is shown here with the rainbow colors of the LGBTAQ+ flag for “Pride Month”. He is shown sitting on his butt with his clawed front paws between his back legs. His head is slightly turned and his mouth is open in a very wide smile, revealing sharp teeth. We also find his big nose and his big ears raised upwards. Finally, he is represented with the colors of the Pride going from red to orange, yellow, green, blue and ending with purple. 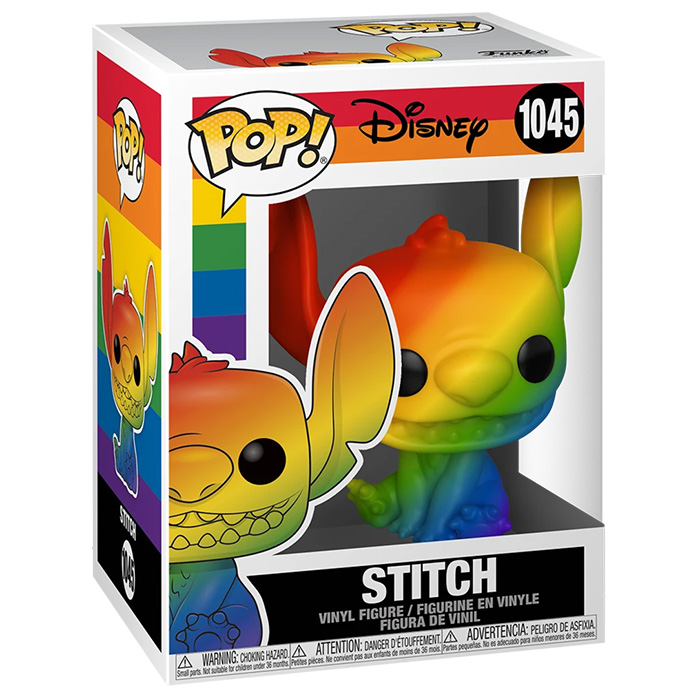