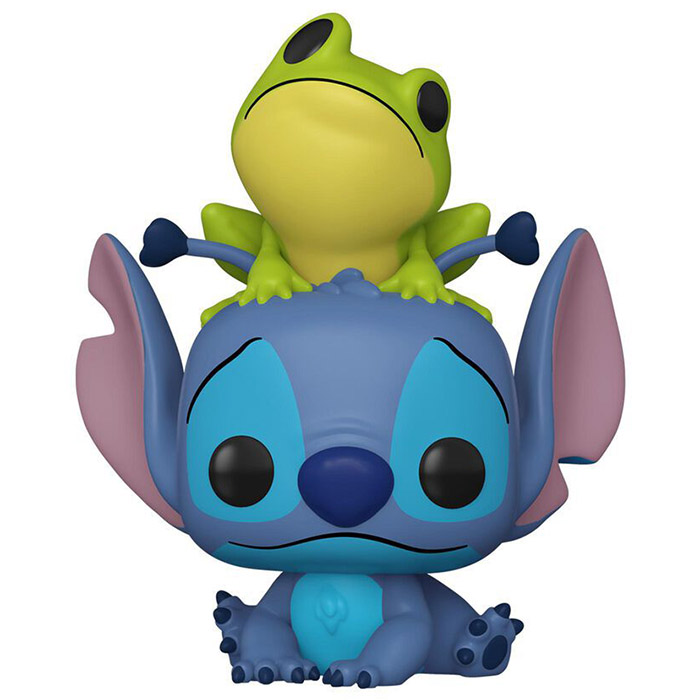 Stitch is one of the heroes of the famous Disney cartoon Lilo & Stitch, one of the last in traditional animation. Stitch is an alien creature created by a mad scientist to be a monster of violence, power and intelligence despite his plush appearance. He is sentenced to exile on an alien planet but manages to escape during his transport and crashes on Earth in Hawaii. He then finds himself on the side of a road facing a small frog before being run over. He is then taken to a kennel because he is mistaken for a dog and adopted by Lilo, a little orphan girl living with her older sister. At first, Stitch takes advantage of their closeness to hide from those who want to find him, but he ends up becoming sincerely attached to his new family. Later, when he decides to leave after unintentionally causing chaos, he runs into the little frog he met the first time. 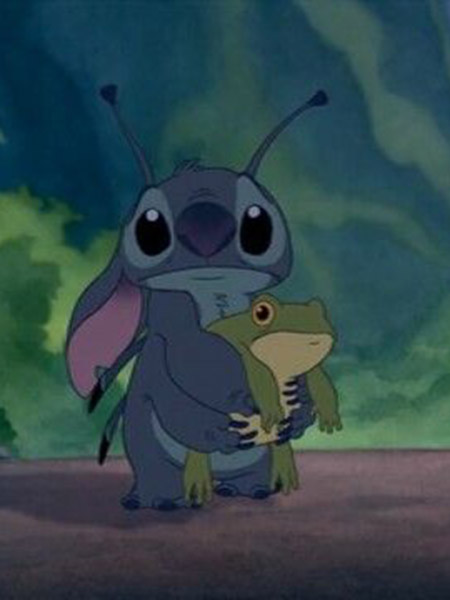 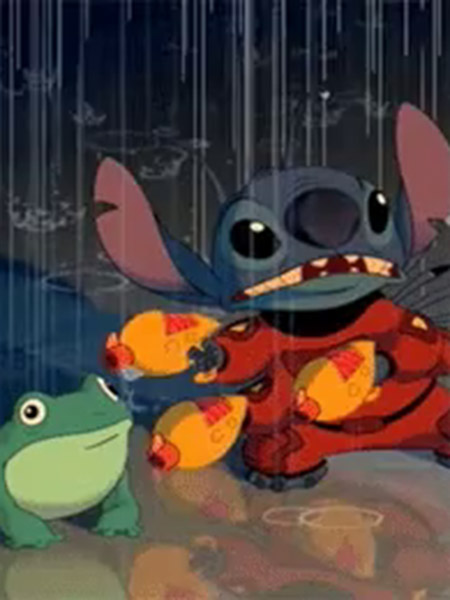 So for this exclusive figure, Funko has depicted Stitch with the little frog on his head. Stitch is sitting on his backside and leaning forward a bit. His body is dark blue with clawed paws reminiscent of a koala and a lighter belly. He has a big head with big black eyes with a light blue rim, a big dark blue nose and very big ears with pink inside. He has a sad and lost expression. Finally, on the top of the head, a small green frog is resting on its four legs and it seems to have a little surprised expression. 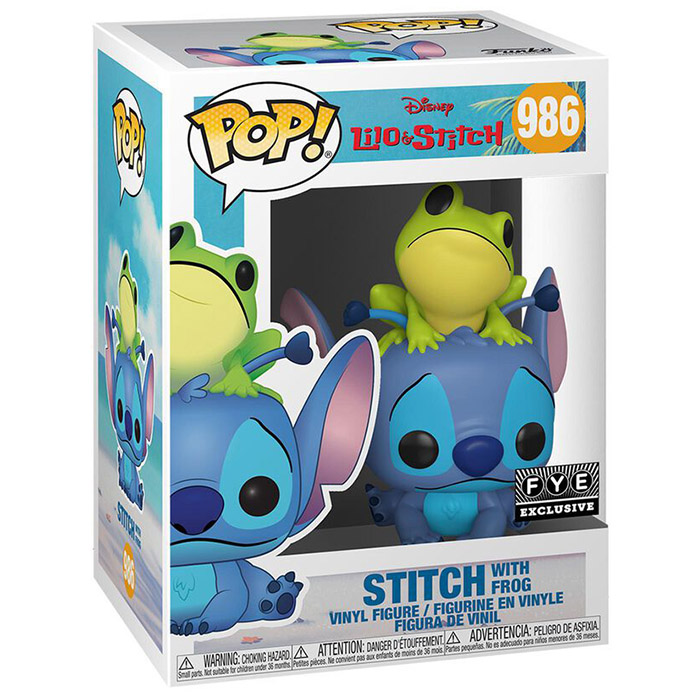