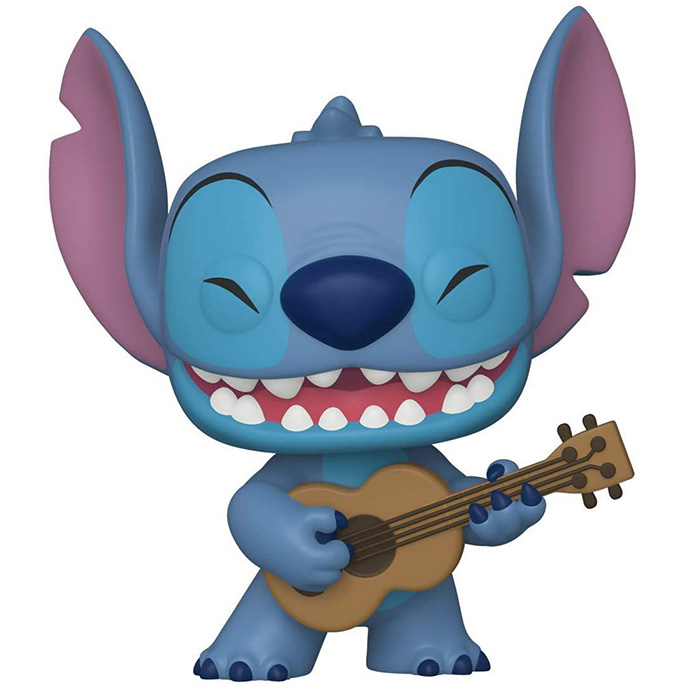 Stitch is the famous hero of the Disney Studios cartoon Lilo and Stitch set in Hawaii, about the friendship between a little girl and an alien creature. Stitch was created in a laboratory to make him a very strong and intelligent creature. During his transfer to a desert planet where he was to live in exile, he escapes and crashes in Hawaii. Lilo, living with his sister Nani since the death of their parents, adopts him, taking him for a dog. The latter plays along to escape his pursuers. But Lilo will soon realize his destructive nature and try to teach him to behave better. She teaches him music and many other things and, against all odds, Stitch will finally become attached to this little broken family. 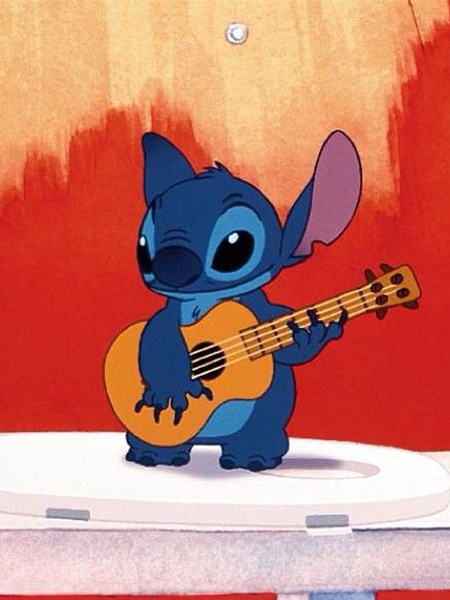 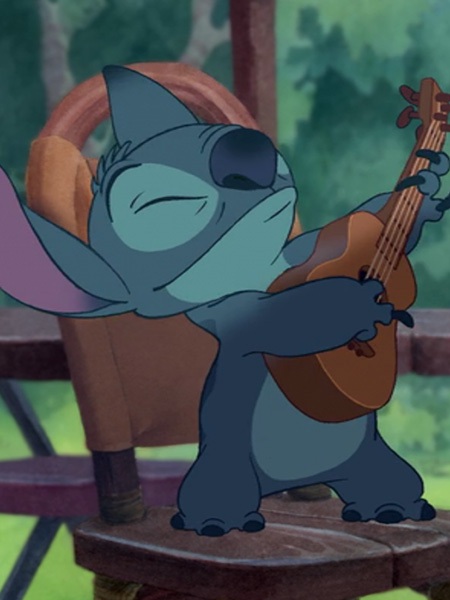 Stitch is shown here playing the ukulele as seen in the end scene of the film. He is standing on his hind legs and we can see his blue body with clawed paws that he has slightly modified to look a bit more like a real dog. He holds the brown ukulele between his two front legs. On his head, he has a large smile with pointed teeth and his big ears are pointed upwards to accentuate the joy on his face. 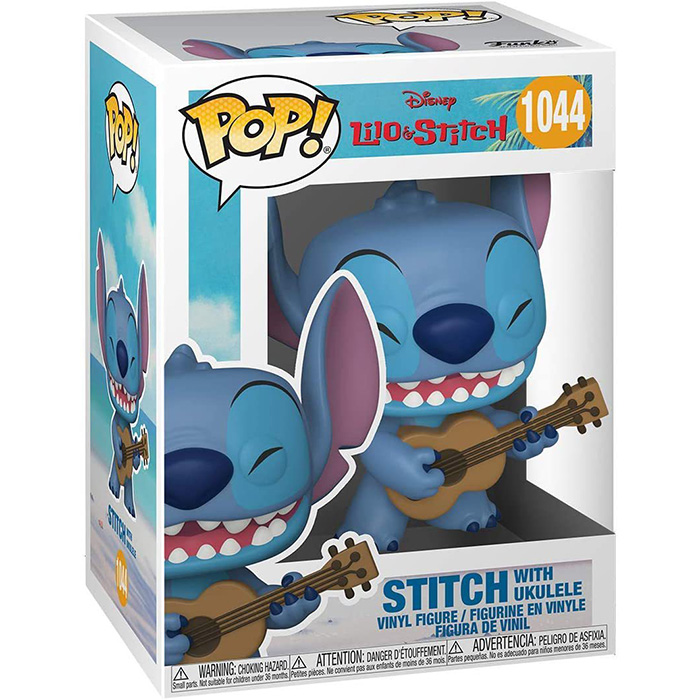