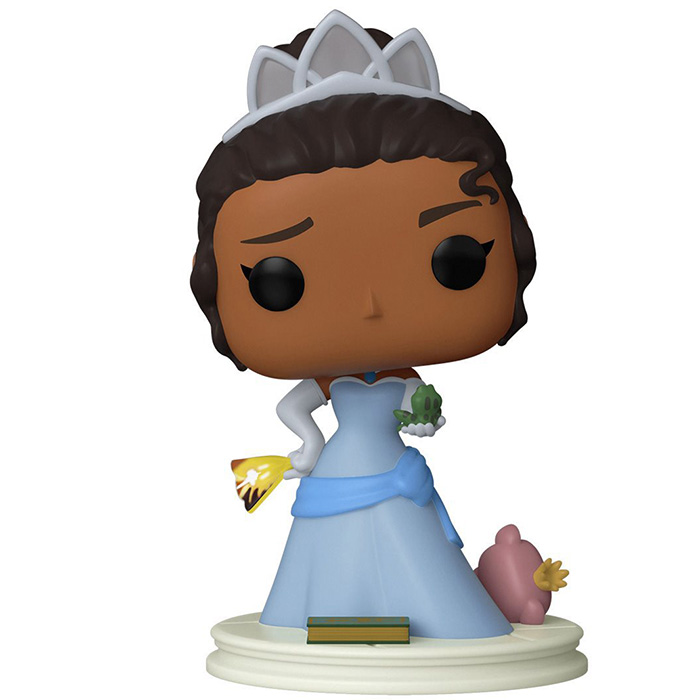 The Funko Pop figure Pop Tiana Ultimate (The Princess and the Frog) Interested?

Tiana is the heroine of the Disney Studios cartoon The Princess and the Frog. It was the last of the studio’s animated cartoons made in traditional animation. Set in New Orleans in the 1920s, this cartoon is loosely based on the myth of the toad turning into a prince. Tiana has a passion for cooking and works hard as a waitress so that one day she will have enough money to open a restaurant. One day a prince comes to town and is invited to the home of Tiana’s rich friend who is desperate to win him over. But the prince’s assistant has evil intentions and hires a voodoo wizard to turn him into a frog and make him look like the prince. Tiana stumbles upon the prince, who promises to pay for her restaurant if she gives him a kiss to change him back. But when she kisses him, she becomes a frog. Together they have to cross the bayou to find another voodoo witch who can change them back. 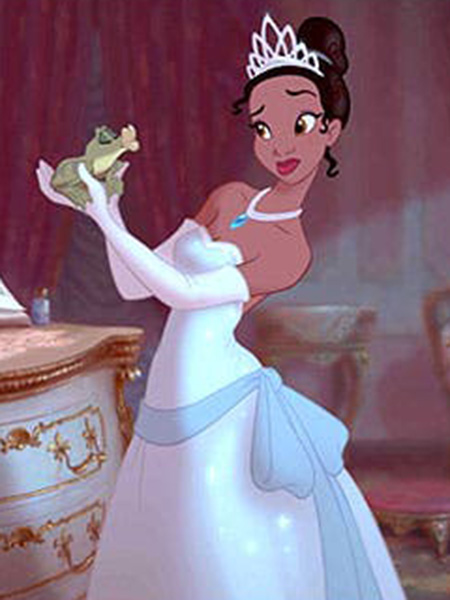 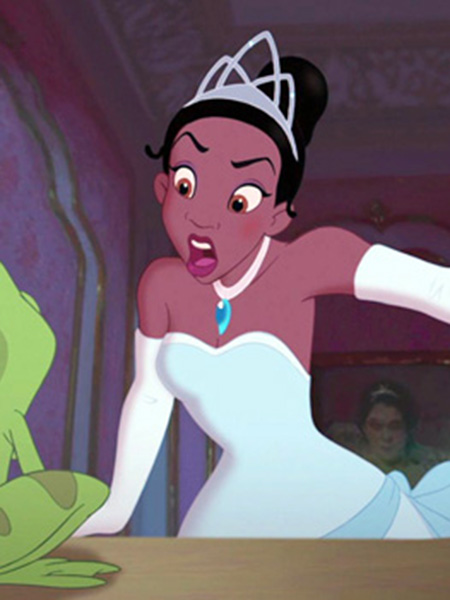 For this ultimate version of this princess, Funko has depicted Tiana on a base representing the floor of her friend’s luxurious home. She wears her princess costume also lent by her friend. This dress is blue and long with a strapless neckline. She is also wearing white gloves. At her feet, there is a book and a teddy bear with a crown and in her hand she holds the prince changed into a frog. Finally, her hair is tied up in a bun, she wears a tiara and looks at the prince suspiciously. 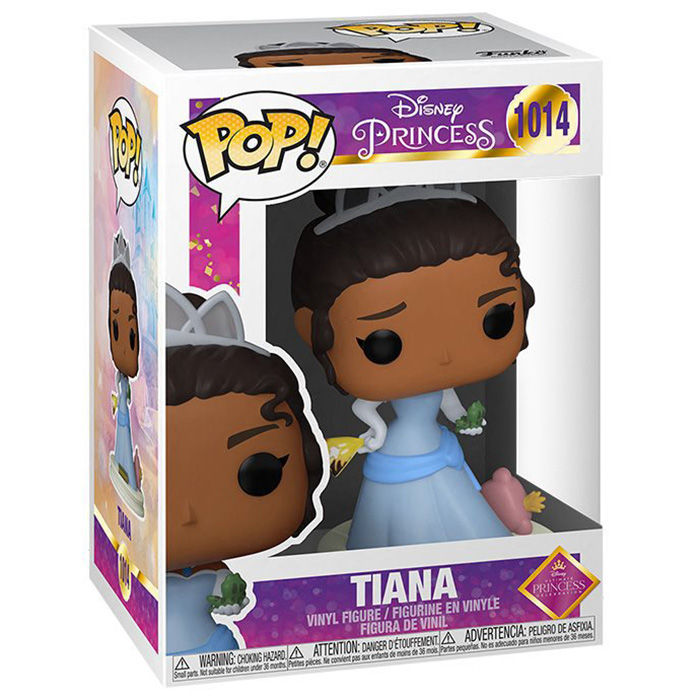 The Funko Pop figure Pop Tiana Ultimate (The Princess and the Frog) Interested?