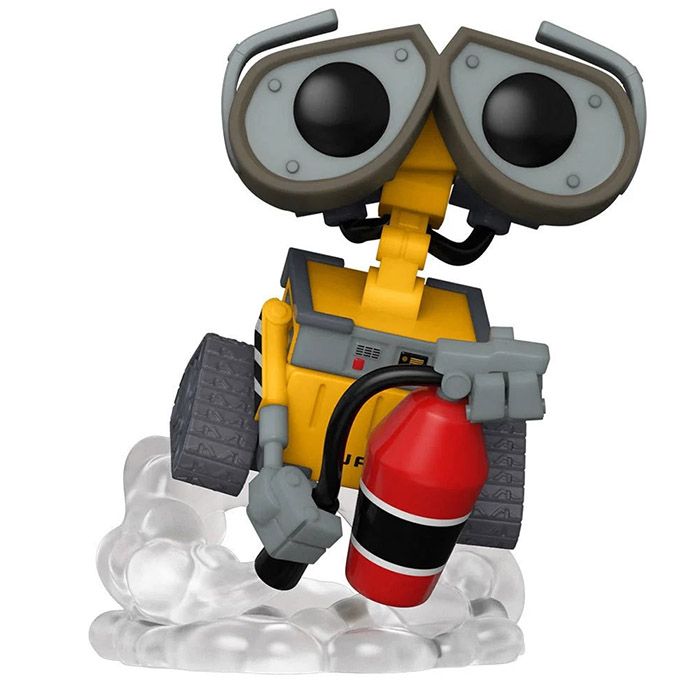 The loneliest of robots

Wall-E is the endearing hero of the Disney Studios animated film Wall-E. Years in the future, the Earth has become too polluted for humans and they have left to live in space. On Earth, only heaps of garbage remain and Wall-E, a small robot whose job is to compact and tidy them. His only companion is a cockroach until the day he discovers a small plant shoot that seems to indicate that life could soon resume on Earth. Then Eve, a much more sophisticated robot sent to Earth to check if life could resume, arrives. She and Wall-E flirt and when she finds the plant, she has to go back to warn the humans. She then takes Wall-E with her on a great adventure. 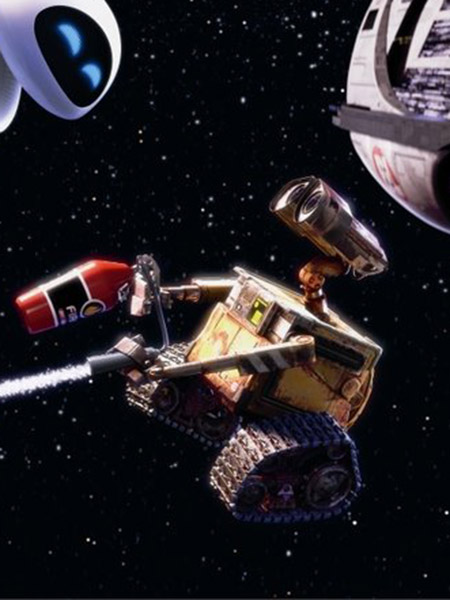 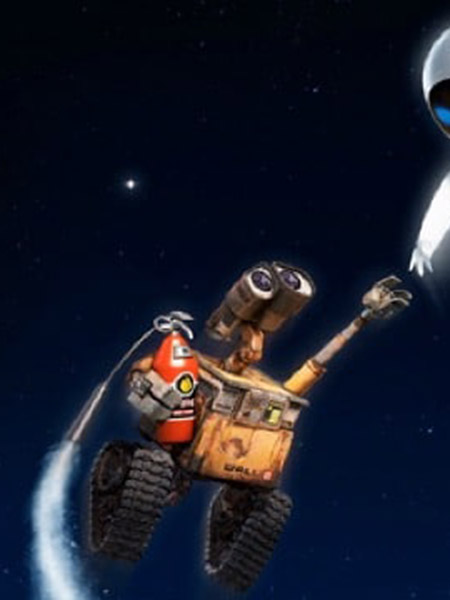 Ready for his big adventure

Funko has represented here Wall)-E using a fire extinguisher as a jet pack to take off and follow Eve in space. We find her square shape with a yellow body and grey wheels. His big expressive eyes like binoculars look upwards and with his hands, he holds the fire extinguisher pointing downwards. The figure is resting on a kind of cloud formed by the foam of the fire extinguisher that propels it. 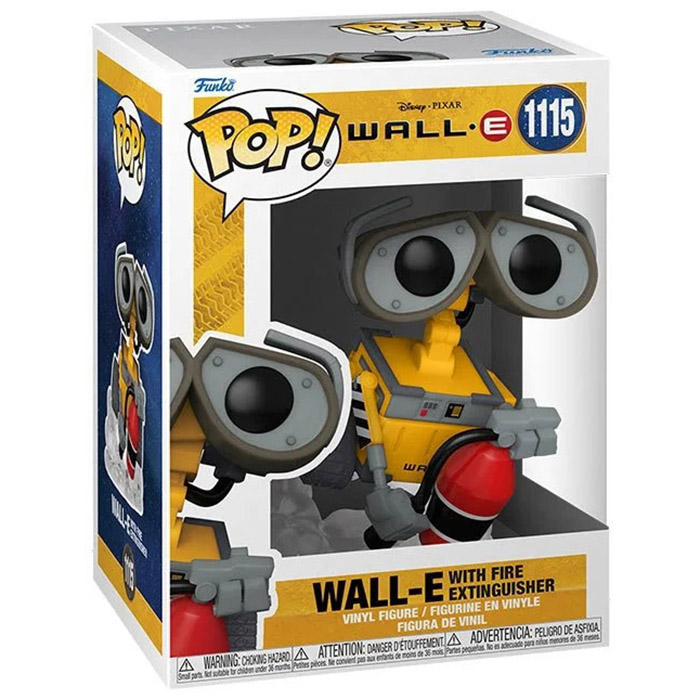