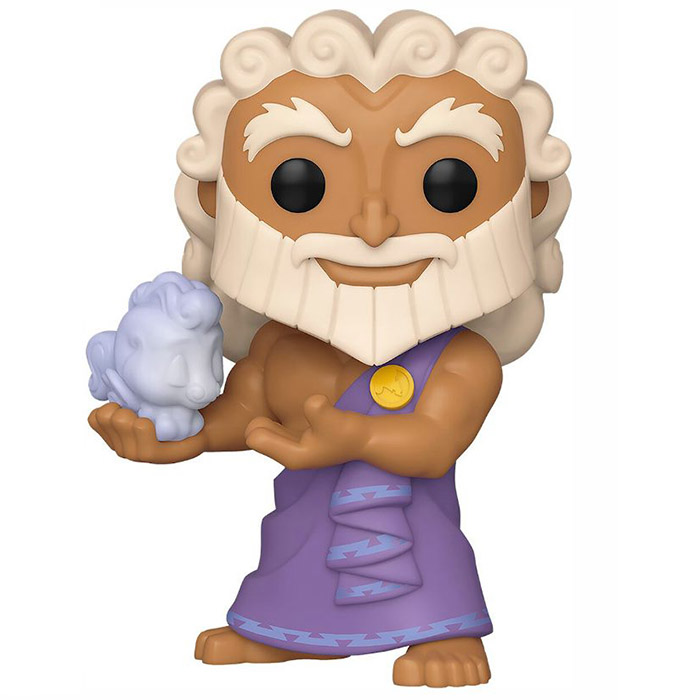 The father of everything

Zeus is a character in the Disney cartoon Hercules loosely based on famous characters from Greek mythology. As in the mythology, Zeus is the god of gods and at the beginning of the story, he holds a party to introduce his newborn son, Hercules. Hades, god of the underworld, is angry that he was not invited and is still angry at Zeus for sending him. Seers tell him that he can get out of the underworld if Hercules dies. He then sends his henchmen to capture the young Hercules in order to inoculate him with a potion that will make him human. But the potion does not have time to take effect and Hercules becomes human but keeps his godlike strength. Despite everything, Zeus is forced to abandon him on Earth, as only the gods can live on Olympus. As an adult, Hercules must prove his worth and become a hero if he hopes to return to Olympus. 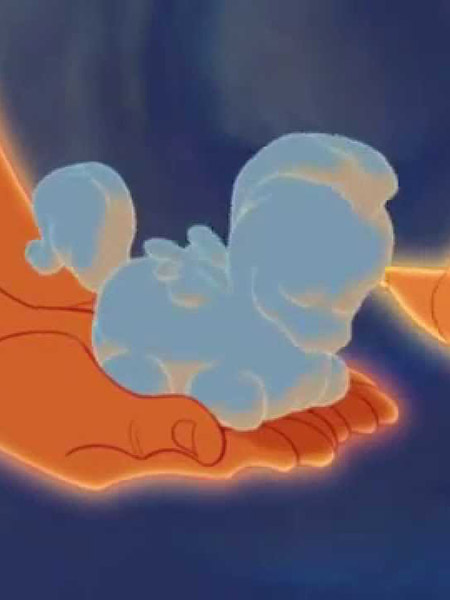 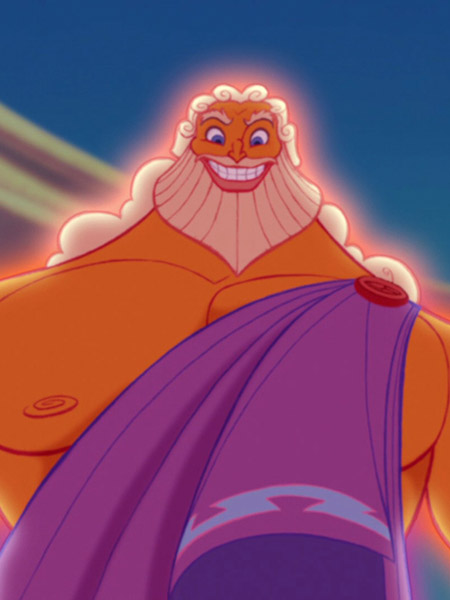 Zeus is shown here at the beginning of the cartoon when he brings Hercules his first gift, the very young Pegasus. He is shown wearing a purple toga held together by a golden button, revealing his muscular, tanned arms and torso. On the head, we find the style so particular to the drawing in this cartoon with his long white beard and his long and curly white hair. He also has a typical Greek nose and very marked eyebrows. Finally, he holds in one hand the baby winged horse Pegasus still all light purple and apparently sleeping. 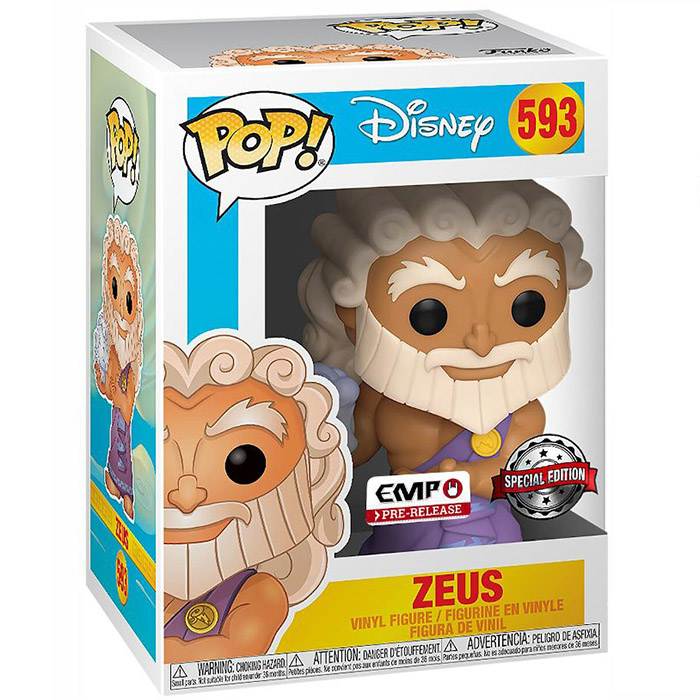