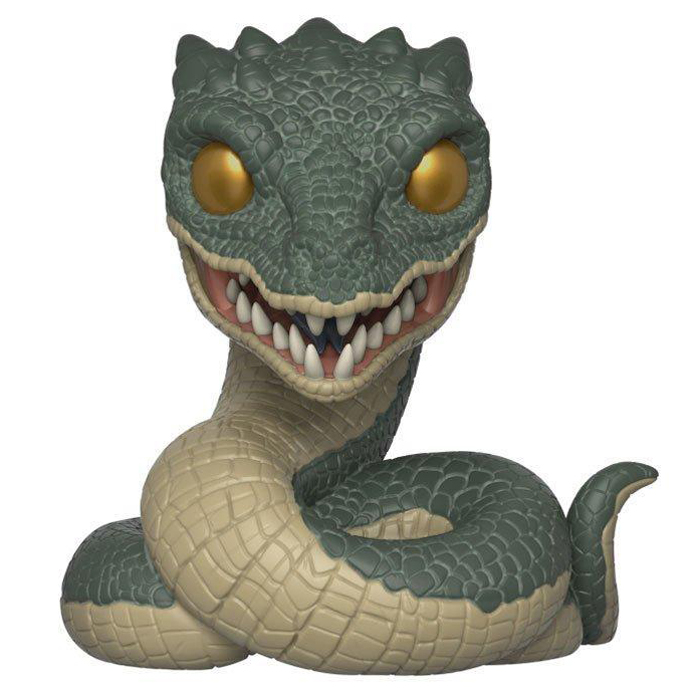 The Basilisk is the monster inhabiting the chamber of secrets in the second Harry Potter opus. Indeed in this film, as soon as the children arrive at Hogwarts school, they discover a message on the wall where is written “enemies of the heir, beware” and next to it is the petrified guardian’s cat. When Nearly Headless Nick, the ghost of Gryffindor, and Colin Creevy, a pupil, are also found petrified, Professor McGonagall explains to them what it means. Salazar Slytherin, one of the founders of the school, thought that magic should have been reserved for pure-blooded wizards only. For this reason, he built a secret chamber accessible only to him and his heirs that would house a monster. It is said that when his heir returned to the school, he would bring the monster out and release it on the castle to kill all the wizards of impure blood. With Hagrid’s help, Harry, Ron and Hermione will discover that the monster is a basilisk, a giant snake that kills with the simple power of its gaze. Luckily all those who have seen it have only seen its eyes through a reflection or through something and that is why they have only been petrified. Harry manages to hear him and enter the chamber of secrets only because he too speaks the language of snakes, a gift that was passed on to him by Voldemort when he wounded him. 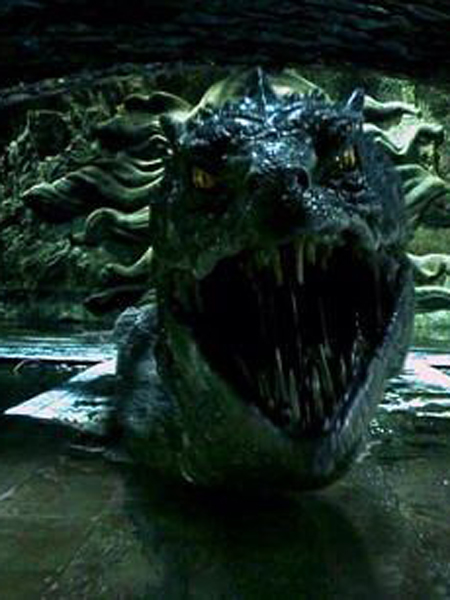 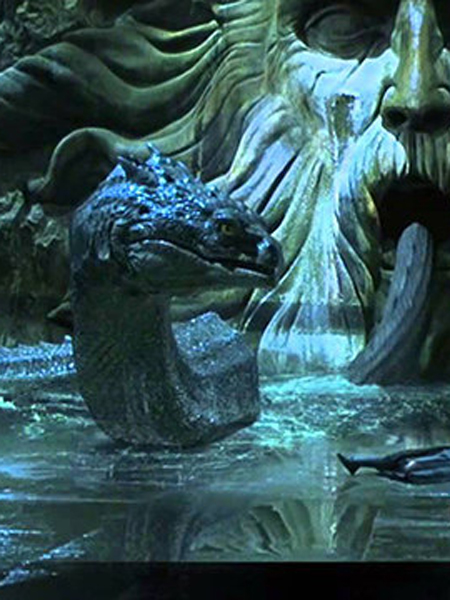 The basilisk being a giant snake, it was logical that Funko represents it as a 15 cm pop figure for this version exclusive to Target stores. It is rolled up on itself with its head up and you can find this green color on top and beige on the belly. His scales and the horns on top of his head are particularly well reproduced and detailed. Finally, he is represented with his mouth open and we can see his impressive fangs that will be used to destroy Tom Jedusor’s diary. His yellow eyes are painted with gold paint which gives him an even more terrifying look. 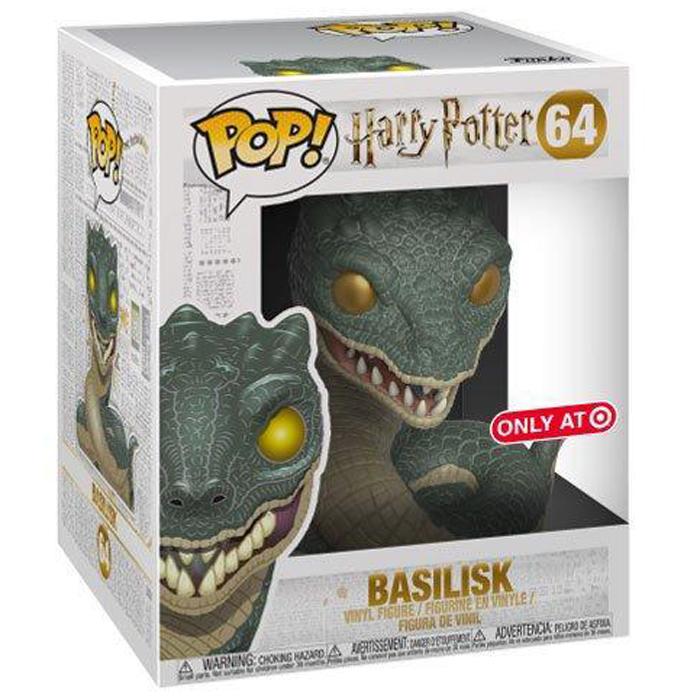