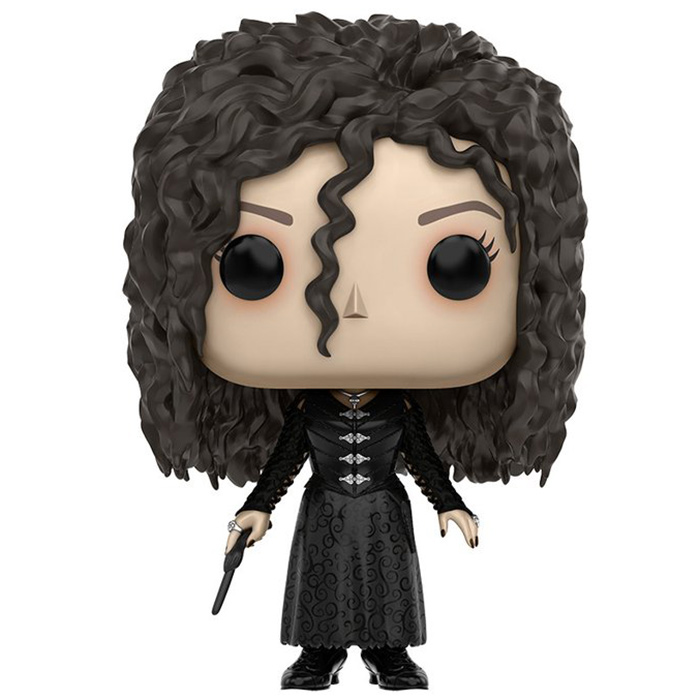 Bellatrix Lestrange is a character from J.K. Rowling’s Harry Potter books and movies. She appears there from the fifth episode and becomes one of the greatest enemies of the young boy. In these novels and movies, we follow the adventures of a young English wizard who discovers his powers at the age of eleven when he receives a letter explaining that he is admitted to Hogwarts School of Witchcraft and Wizardry. He will also learn that his parents did not die in a car accident as he thought, but were killed protecting him from Voldemort, one of the greatest and most terrible sorcerers of all time. While many people think he is dead, it will soon become clear that he managed to survive in various forms. During Harry’s first years at school, Voldemort will try to come back and it is at the end of the fourth novel that he will definitely take human form again thanks to his former disciples. During the fifth film, a number of his disciples locked up in Azkaban, the prison of sorcerers, for years manage to escape. Among them is Bellatrix Lestrange, the cousin of Sirius Black (godfather of Harry Potter). She is still one of his most fervent admirers, believing deeply in the notion of pure blood among sorcerers. She is a powerful witch but she is also crazy and particularly hateful and her stay in Azkaban did not help. 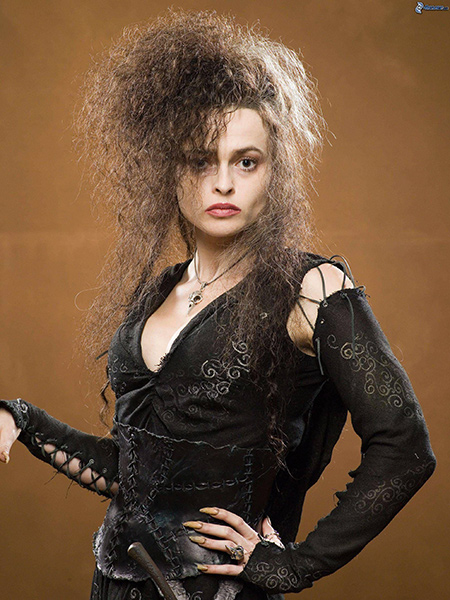 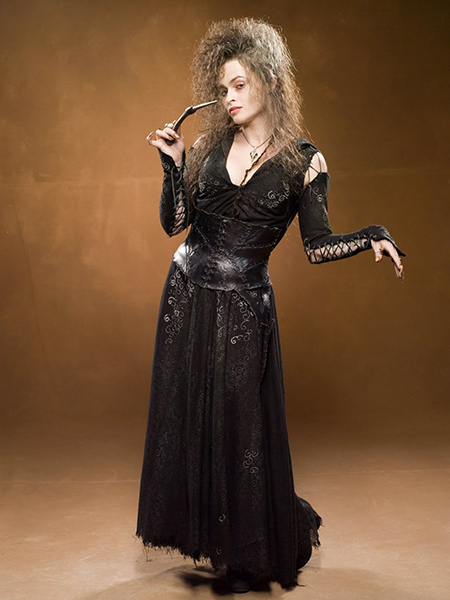 The ultimate portrayal of the wicked witch

Bellatrix is represented here with the outfit she wears shortly after escaping from Azkaban and which changes very little afterwards. As usual, she is dressed all in black with rather luxurious clothes that reflect the status of her family. She is wearing a black dress with tone-on-tone patterns very finely represented by Funko. On top of that, she wears a bustier very tight at the waist and closed by metal fasteners with very fine patterns and again very well represented by Funko. She also wears pointed black boots and many jewels around her neck or on her hands whose nails are painted black. In her right hand, she holds of course her witch’s wand. At the level of her head, her face is rather simple but we can see the reddened skin around her eyes which makes her look so bad. Her thick curly hair is also finely detailed and we can see the few locks of hair that come out of it and fall in front of her face. 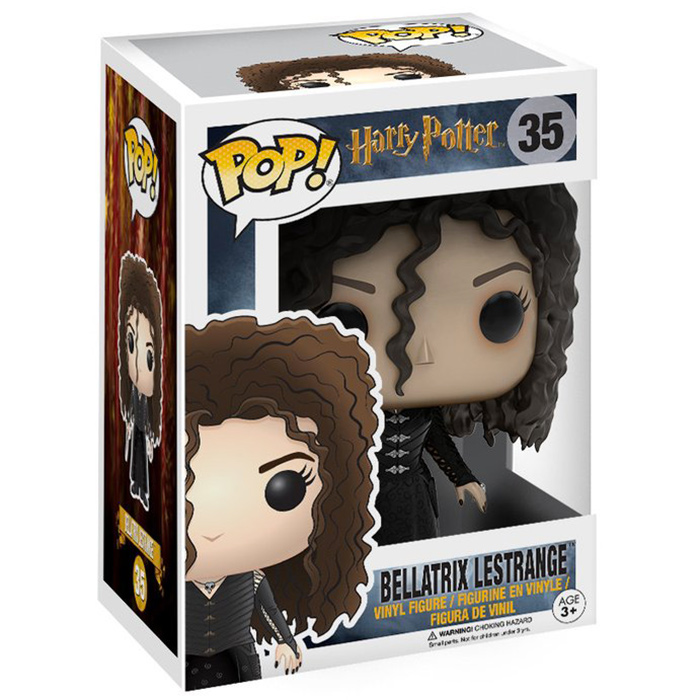