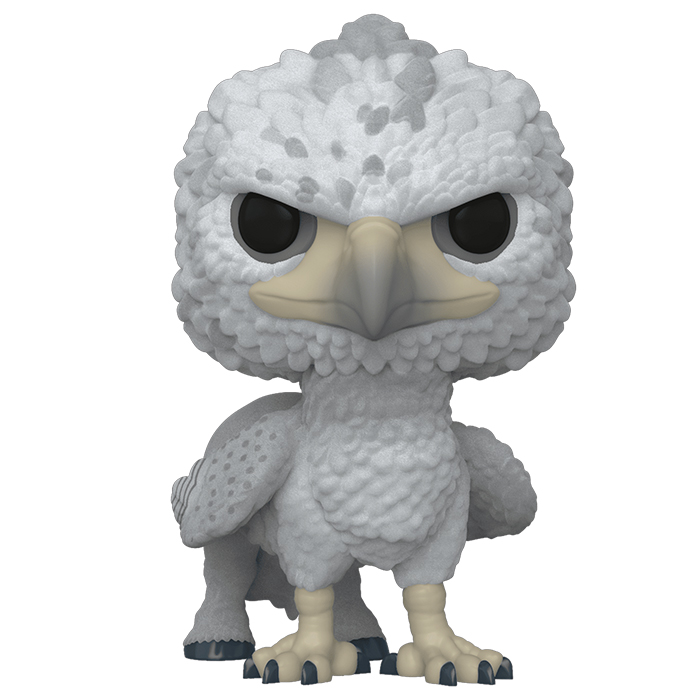 Buckbeak is a hypogriff and one of the many magical creatures that Hagrid takes care of in the Harry Potter saga and especially in the third book and movie in which we meet him. Hagrid becomes the magical creature care teacher and, starting their third year at Hogwarts, Harry, Ron and Hermione will take their first class with the half giant. For the first class, they will learn how to communicate with a hypogriff. After a successful start, Harry is allowed to ride on his back and the half-horse, half-bird creature flies away with him. But Draco Malfoy, jealous, insults the animal and is injured. Of course, his father manages to have the animal put to death. But fortunately, thanks to the time Turner that Hermione and Harry will use to save Sirius Black, they will also save Buckbeak from his terrible fate. 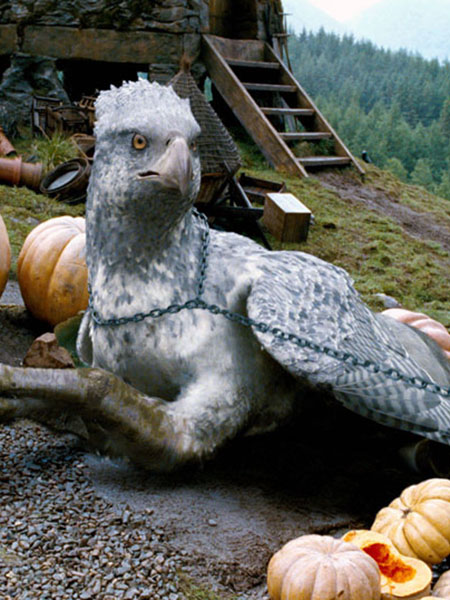 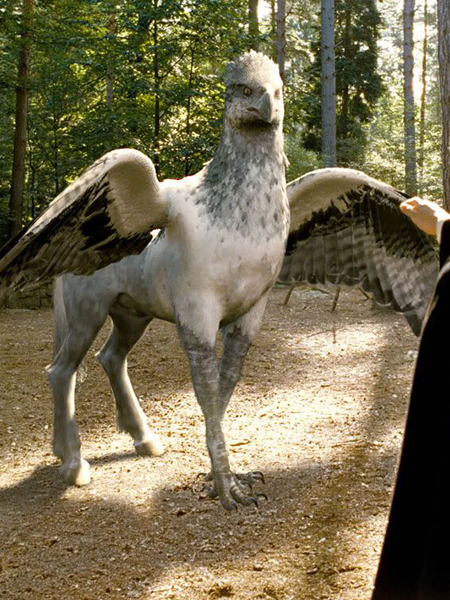 For this exclusive figurine, Buckbeak is therefore represented in flocked version. He is represented in different shades of grey and white. At the back, he has the torso and hind legs of a horse but at the front, he has powerful bird claws and a part of his body covered with feathers. Its large wings are closed along its body and, at the head, we find its powerful bird of prey beak and a determined and wild look. 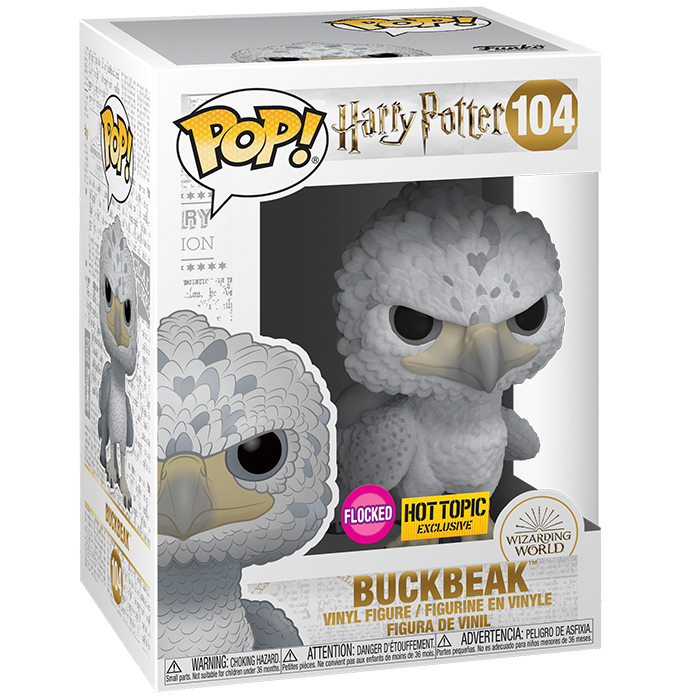