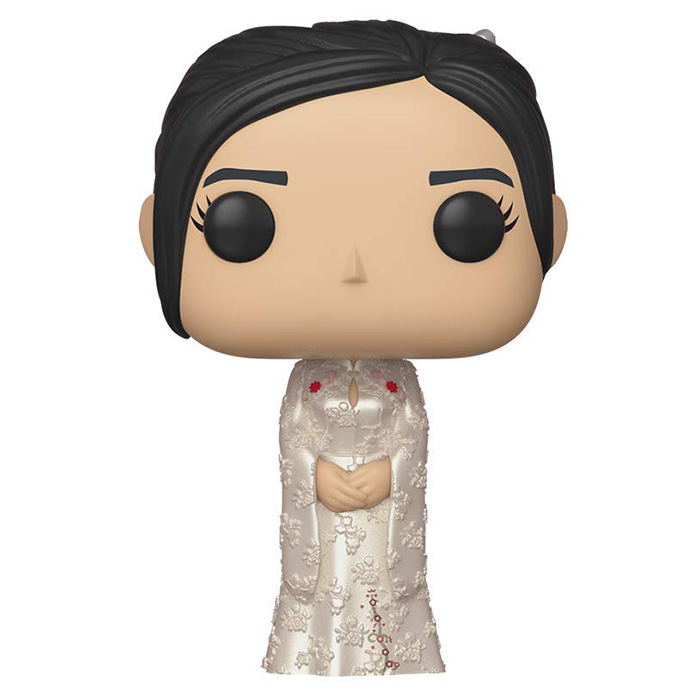 Cho Chang is a Hogwarts student in the famous Hogwarts literary and film saga. She is a pupil of the house of Ravenclaw who we discover in the fourth part of the saga Harry Potter because the latter has a soft spot for her. When they arrive at school that year, the students learn that they will witness a legendary event, the famous Three Wizards Tournament featuring the champion from each of the three participating schools, Hogwarts, Durmstrang and Beaux Bâtons. For this event, the school organises a ball and Harry chooses this opportunity to ask Cho to be his date. Unfortunately, Cho agreed to go with Cedric Diggory, the other Hogwarts champion, and she became his girlfriend. In the fifth opus, after Cedric’s death, we will learn more about Cho when she gets closer to Harry. In particular, she will be one of the first to choose to take part in the secret meetings organized by Harry to better train students in the defenses against the forces of evil since the ministry decided to drastically change the programs. 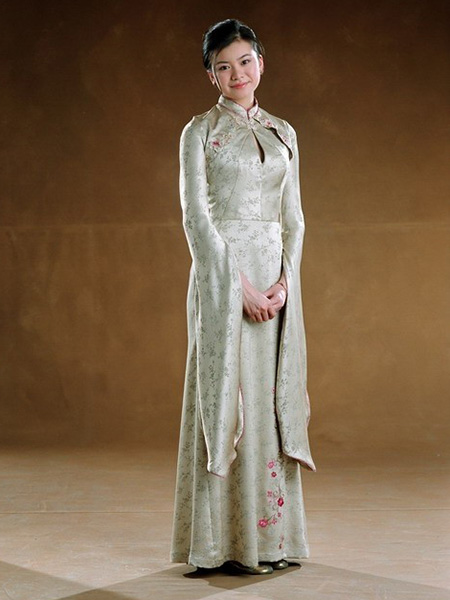 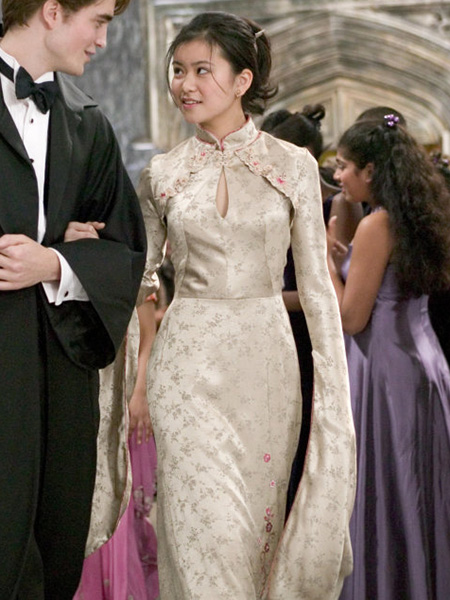 As with the other figures in this series, Cho Chang is represented with the outfit she wears during the Christmas ball. It is a very elegant white dress of Chinese inspiration with long sleeves and a drop neckline. The dress is entirely embroidered with white tone-on-tone flowers and she also wears small red brooches on each side of the chest as well as an embroidery of red flowers on the bottom of the dress. At the face, her black hair is raised in an elegant bun with two locks falling down in front of the face. 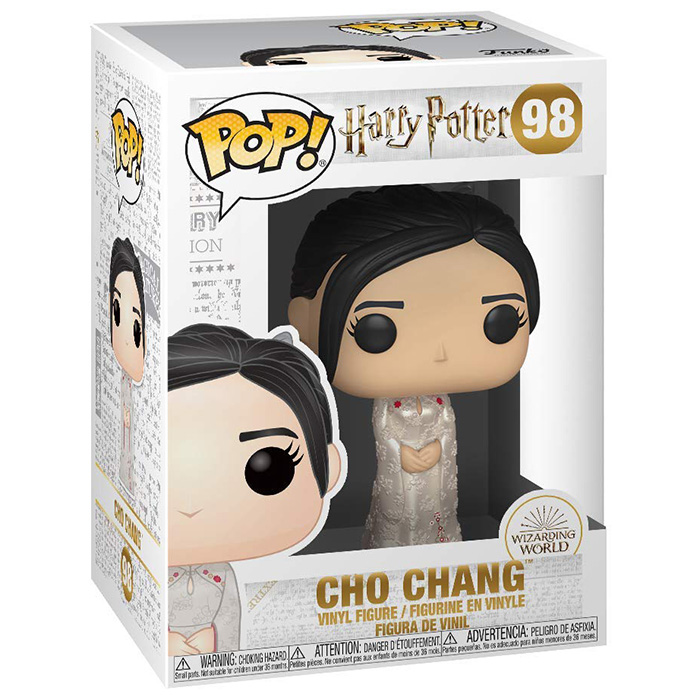