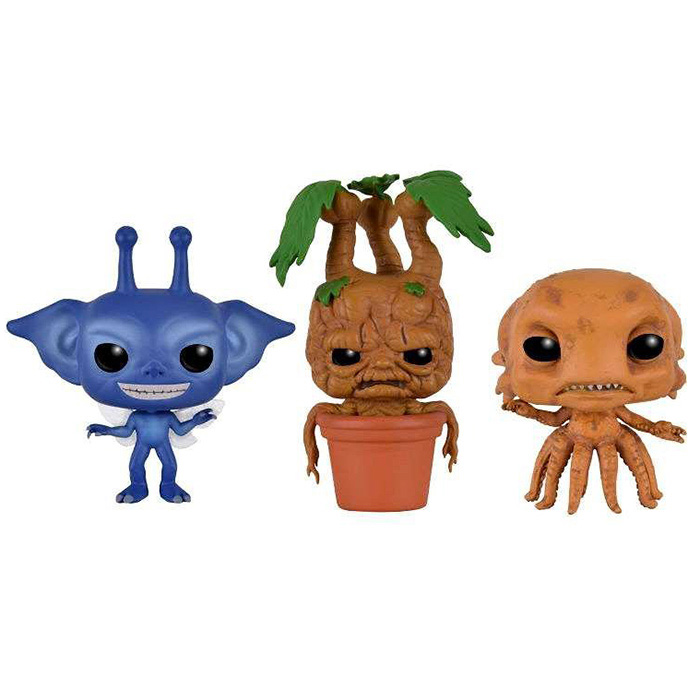 Cornish pixie, mandrake and grindylow are creatures encountered in Harry Potter books and movies in various episodes of this famous fantasy saga. Harry Potter tells the story of a young English boy who learns on his eleventh birthday that he is in fact a sorcerer. His uncle and his aunt had hidden this fact from him since the death of his parents when he was only one year old. On his way to Hogwarts School of Witchcraft and Wizardry, where he has been accepted, the half-giant Hagrid, the school’s caretaker, tells him that his parents did not die as he thought. They died protecting him from Voldemort, a sorcerer who had set himself the goal of ridding the world of all sorcerers who weren’t “pure blood”. Unfortunately, this one is not as dead as we think and he will soon come back to haunt Harry. But in the meantime he will make new friends and discover the world of magic. In second year, Harry will discover the mandrakes and their unbearable cry in his herbology class. But he will also learn that their roots can heal people who have been petrified. The same year, their teacher of defence against the forces of evil will introduce the children to the cornish pixies (Cornish pixies in French), creatures that are not really dangerous but very funny and will cause chaos in the classroom. In the fourth grade, he will participate in the Goblet of Fire, a competition that takes place only very rarely and will involve three great schools of magic in events that will take place throughout the school year. One of them consists in diving in the middle of the big lake to retrieve someone, but his progress will be made more difficult by the presence of strange creatures, including grindylows (strangulots in French), a kind of siren with octopus tentacles. 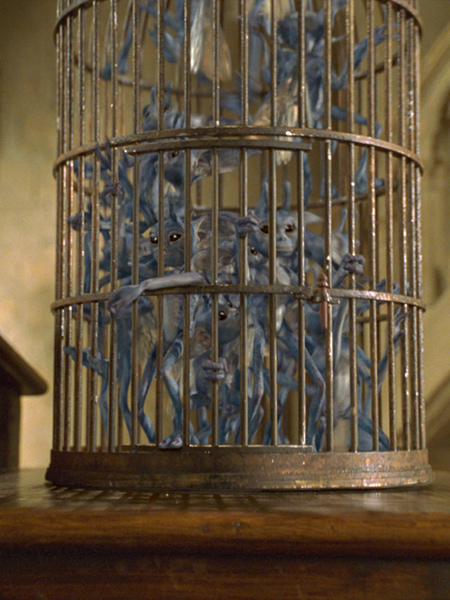 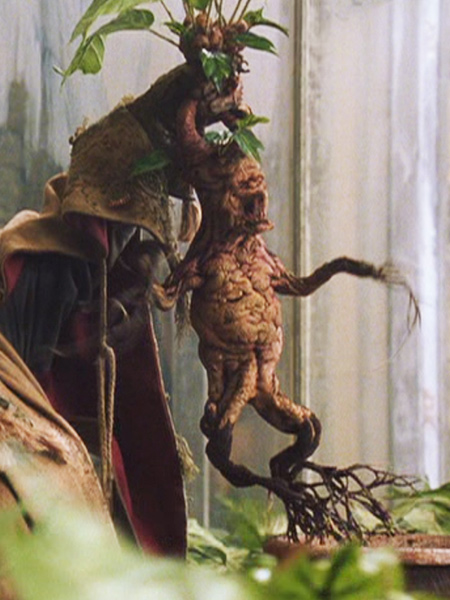 This original pack of three small figurines is an exclusive for the 2016 San Diego comic-con. They are all smaller than average and measure about 5/6 cm instead of the usual 9/10 cm. So we find the cornish pixie with his small skinny body and his head which is already disproportionate even without the distortion brought by the pop format. It has two kinds of antennae on top of the head as well as large pointed ears and a mouth with an almost diabolical grin. Of course its body is also all blue and its transparent dragonfly wings are very finely represented. The mandrake is represented in its pot with two protruding branches forming two kinds of arms. Its head is represented with an angry expression. On top of its head it has three other branches with some green leaves. The texture of the bark is particularly well represented. Finally, the grindylow, a kind of creature that is half-sirenian and half octopus is represented standing on its tentacles. It also has two kinds of arms attached higher up on its body with hands but always a few suckers. At the level of the head, we can see the gills and growths on the side as well as its large black eyes and its mouth with disturbing teeth. 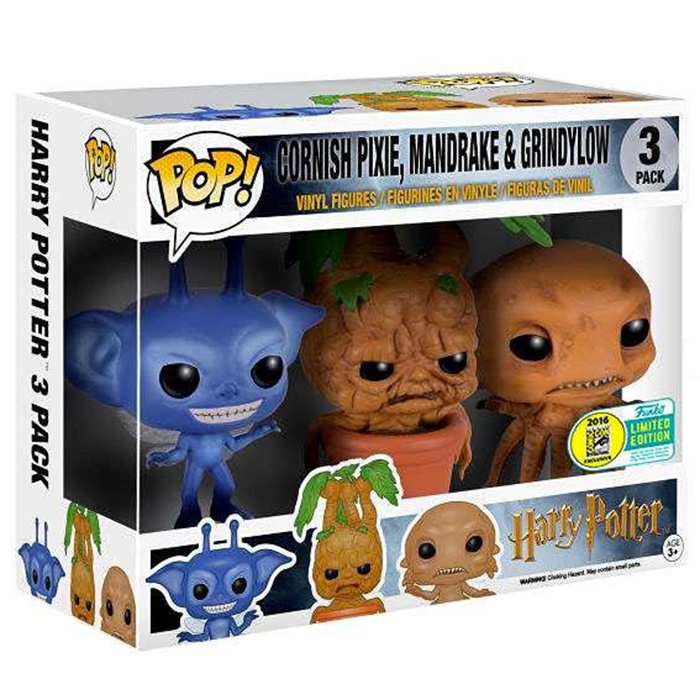