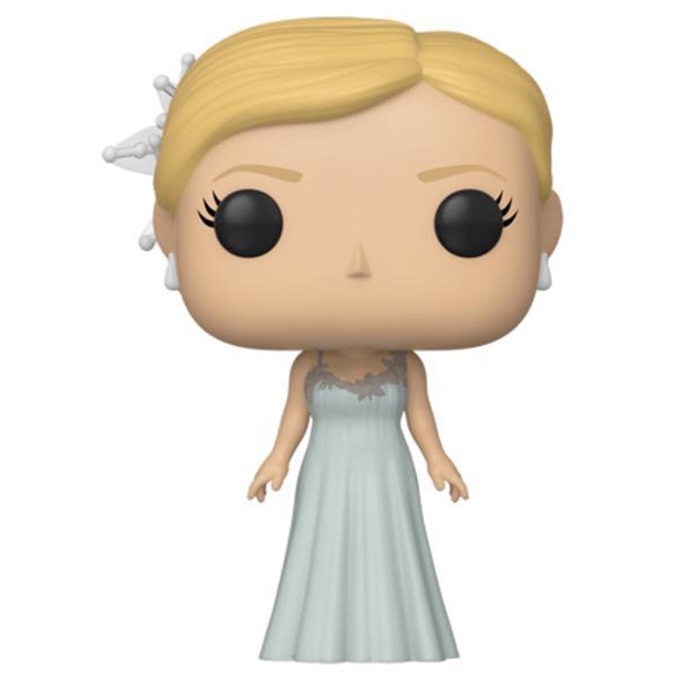 Fleur Delacour is a character we discover in the fourth opus of the literary and cinematographic saga Harry Potter. She is one of the star pupils of the famous French school of magic Beaux-bâtons. She and a number of students from her school arrive at Hogwarts at the beginning of the fourth year for the famous Goblet of Fire. The best students from each school are selected by the cup to take part in the competition which will last all year in the form of particularly difficult tests. Fleur is the one chosen by the cup to represent the School of Fine Arts. This is not specified in the films, but Fleur is half mermaid, which explains why she fascinates all the boys so much. We don’t see Fleur again until the 7th film when we learn that she is going to marry Bill Weasley, one of Ron’s older brothers that we hadn’t met (in the films) at that time. She will also take part in the final battle alongside the entire Order of the Phoenix. 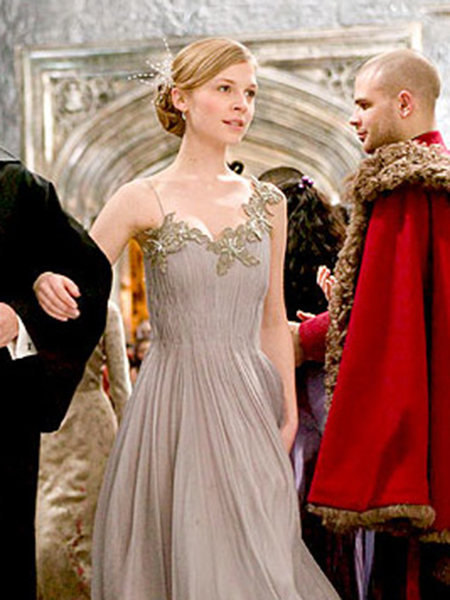 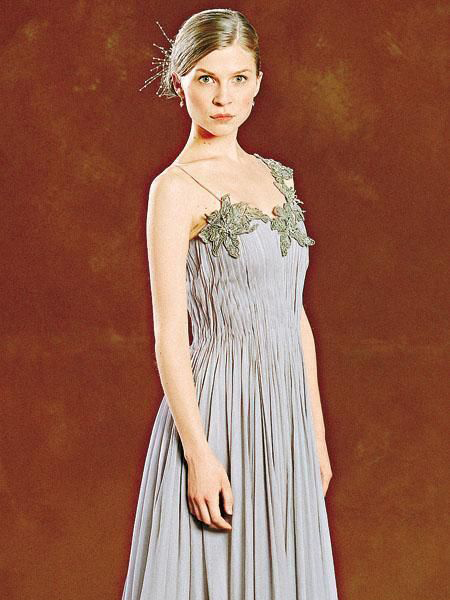 Fleur is pictured here with the dress she wears during the Christmas Ball given during the fourth grade to celebrate the presence of these guests from other schools. It is a long, light grey dress with light pleats, very elegant with grey embroidery at the neckline and asymmetrical straps. On the head, we find her blond hair styled in a bun with a kind of silver star to embellish it. She also wears small, simple pearl earrings and holds herself soberly with her hands slightly raised at the sides. 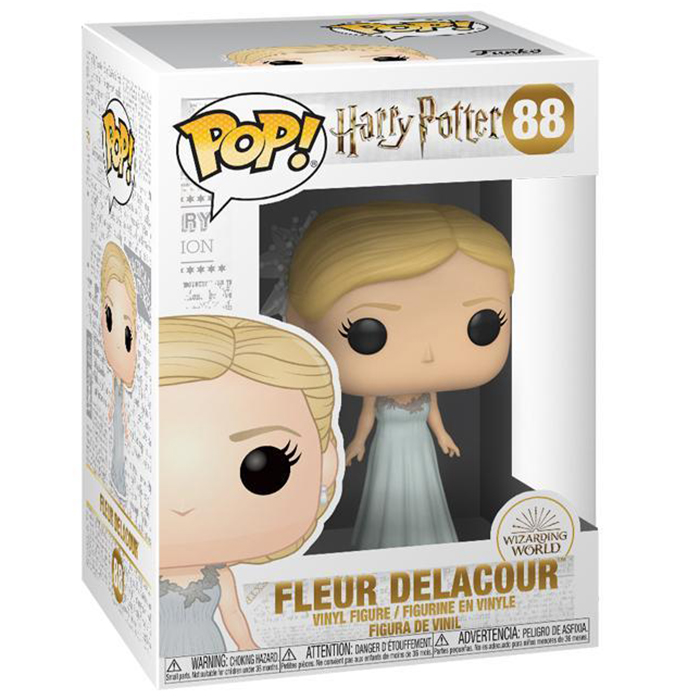