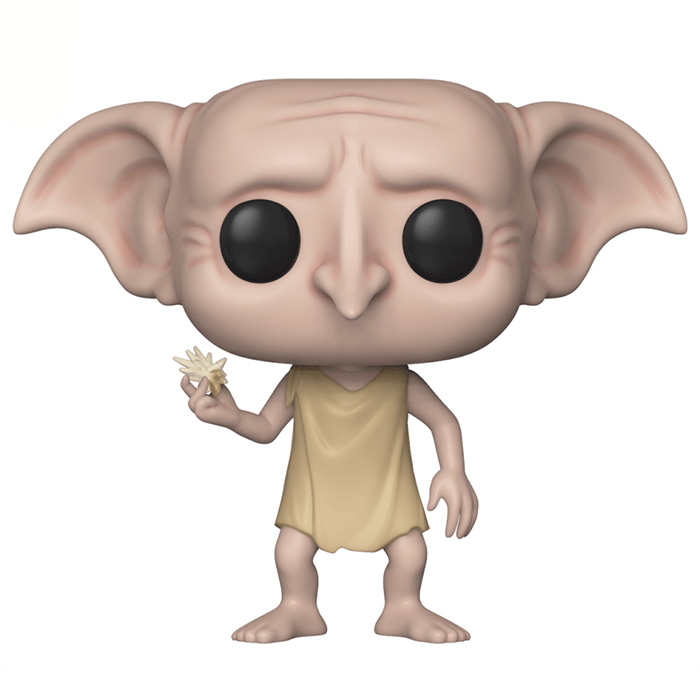 An ally with surprising methods

Dobby is the first house elf to appear in the Harry Potter saga, whether in books or movies. He arrives for the first time in Harry’s room at the beginning of the second movie when his uncle receives an important client. Dobby insists Harry doesn’t go back to Hogwarts because of the terrible dangers that await him there. Harry refuses and Dobby decides to drop a cake on the head of his uncle’s client to punish him. Harry is indeed punished but Ron and his brothers come to rescue him. After that, the 9 3/4 platform is blocked when Harry arrives to take the train and later a cognard attacks him during a quidditch match. Although his events put him in danger, he learns that it was Dobby who provoked them for his own good, so that he would be as far away from school as possible. At the end of the film, Harry arranges for Dobby’s release and Dobby will always be grateful and a faithful friend. 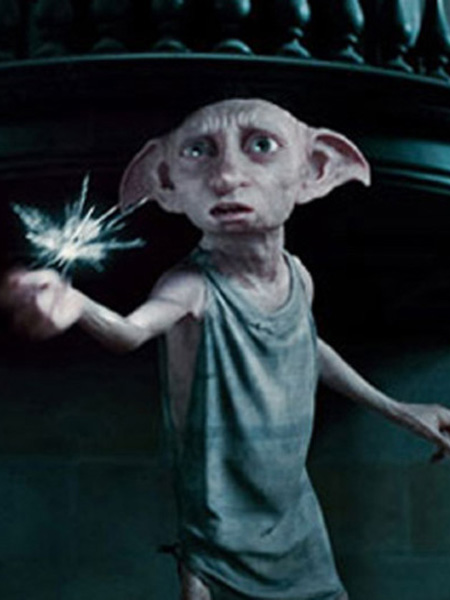 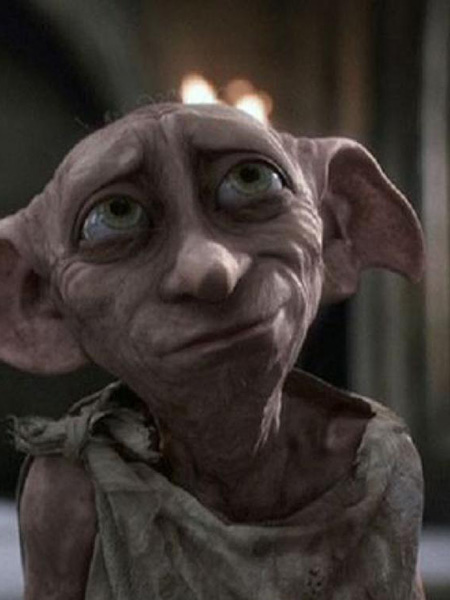 Funko here represented Dobby casting the spell that makes the cake fall on the head of his uncle’s client at the beginning of the movie. As always, we find his grey/pink skin and the simple pillowcase that serves as clothing. On the head, we find his long nose and his two big pink ears. Finally, we can see that he is snapping his fingers with his right hand and that a kind of star is showing his fate. 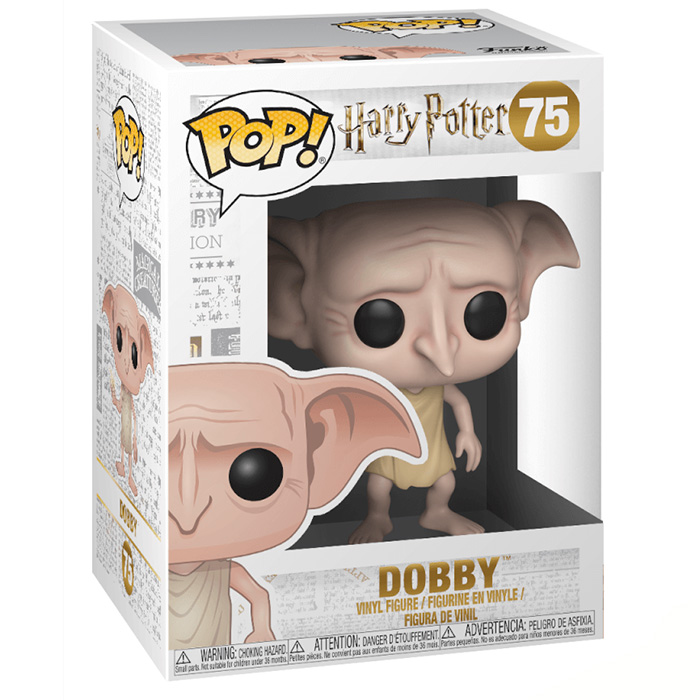