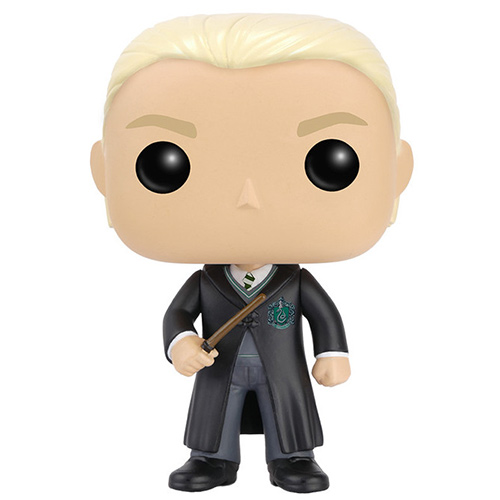 Draco Malfoy is an important character in the Harry Potter literary and film saga. These famous children’s novels tell the story of a young English boy, Harry Potter, who discovers on his eleventh birthday that he is a wizard. He will then join the Hogwarts School of Witchcraft and Wizardry. If he is amazed to discover this new world, he will also discover that all is not rosy in this new world. Draco Malfoy is a boy who arrives at Hogwarts the same year as Harry. He is placed in Slytherin, one of the four “houses” in which the students are placed when they arrive at the school. Draco is the son of Lucius Malfoy, heir to a wealthy family of sorcerers and one of Voldemort’s former supporters. Lord Voldemort was a powerful sorcerer who had started a war years earlier in order to “rid” the world of sorcerers of those who were not of pure blood, i.e. whose parents were not both sorcerers. It was this warlock who killed Harry’s parents a year before he was born. Although he is considered dead, the Malfoy continue to live by his principles, and Draco is no exception. Although his conflicts with Harry will be childish at first, they will become increasingly dangerous when Voldemort returns to the forefront. 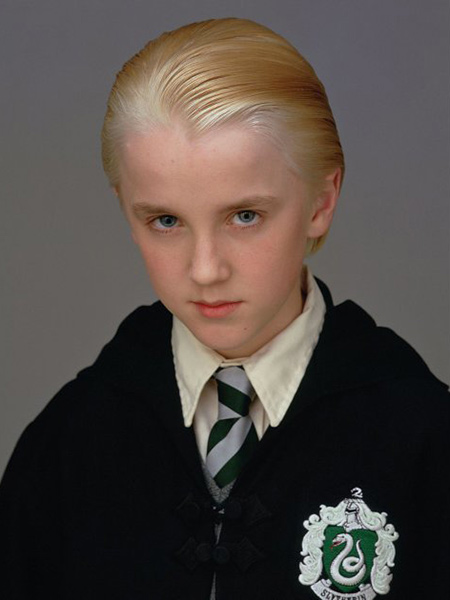 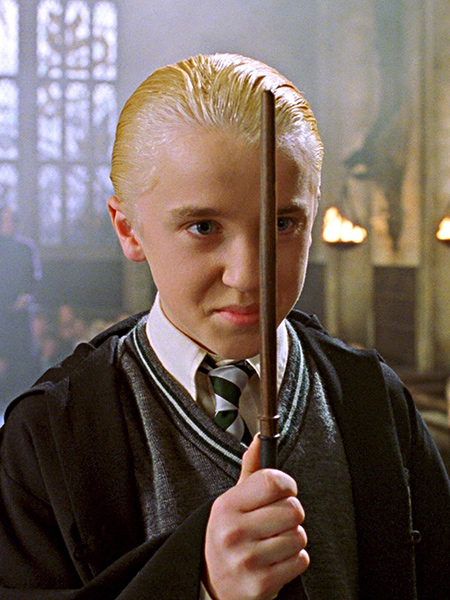 Draco Malfoy is represented here in his classic young sorcerer’s outfit as he wears it mainly in the first two films of the saga. So he wears the classic grey uniform of all Hogwarts students with black shoes. The only difference is his green and grey tie in the colours of the House of Slytherin. On top of that, he wears his famous black wizard’s robe, which also bears the Slytherin coat of arms. At the level of the head, his face is very simple but we can recognize his very light blond hair always combed back. Finally, like all wizards, he holds his wand in his hand. 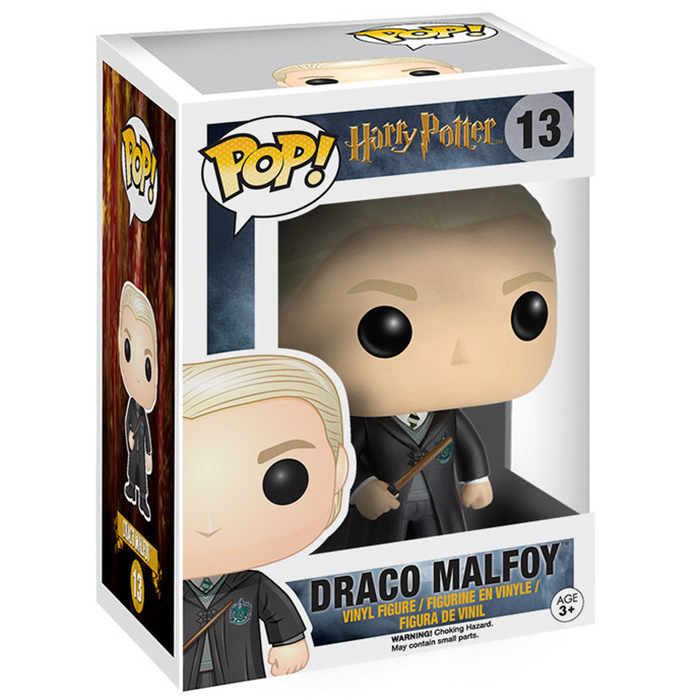