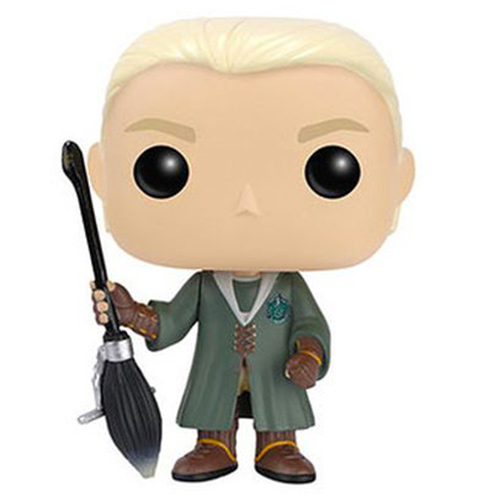 Harry Potter’s enemy even during Quidditch…

Draco Malfoy is a student at Hogwarts and an important character in the Harry Potter literary and film saga. It tells the story of Harry Potter, a young English boy who discovers on his eleventh birthday that he is a wizard. He will then enter the famous school of magic, Hogwarts. But if he makes new friends the day he arrives, he will discover that not everything in this world is so magical. Draco arrives at Hogwarts in the same year as Harry, but while Harry is placed at Gryffindor, like his parents, Draco is placed like his father at Slytherin. Lucius Malfoy, Draco’s rich father, was a fervent supporter of Voldemort, a powerful sorcerer who had decided years earlier to “rid” the world of sorcerers of those who were not of pure blood, i.e. whose parents were not both sorcerers. Despite Voldemort’s supposed death, the Malfoys continue to live according to these principles and Draco will therefore not be friends with Harry at all. In second grade, Draco is selected to be part of Slytherin’s Quidditch team as a “seeker” like Harry was in his first year. 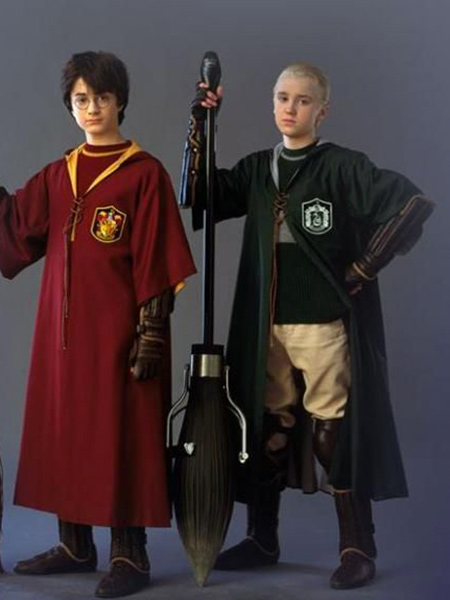 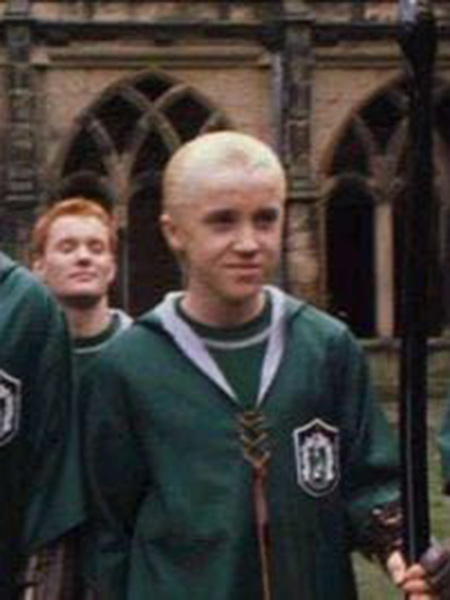 Draco Malfoy is represented here in Quidditch’s outfit, as seen mostly in the second film. He wears his wizard dress in the colors of Slytherin, adapted to Quidditch, that is to say a little shorter and closed more solidly with a brown leather lace. He also wears brown leather boots as well as matching gloves and wrist guards. At the head, his face is very simple and we find his famous platinum blond hair styled towards the back. Finally, of course, he holds in his right hand his famous wizard’s broom, a Nimbus 3000, the brand new model offered by his father to the whole quidditch team. Like the one from Cedric Diggory, this figurine is part of the second Harry Potter miniatures series but is an exclusivity of the Hot Topic stores. 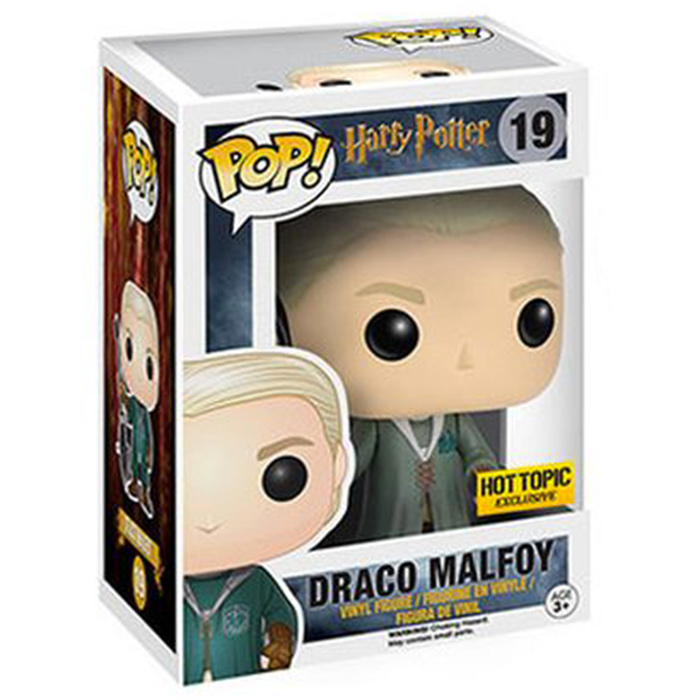