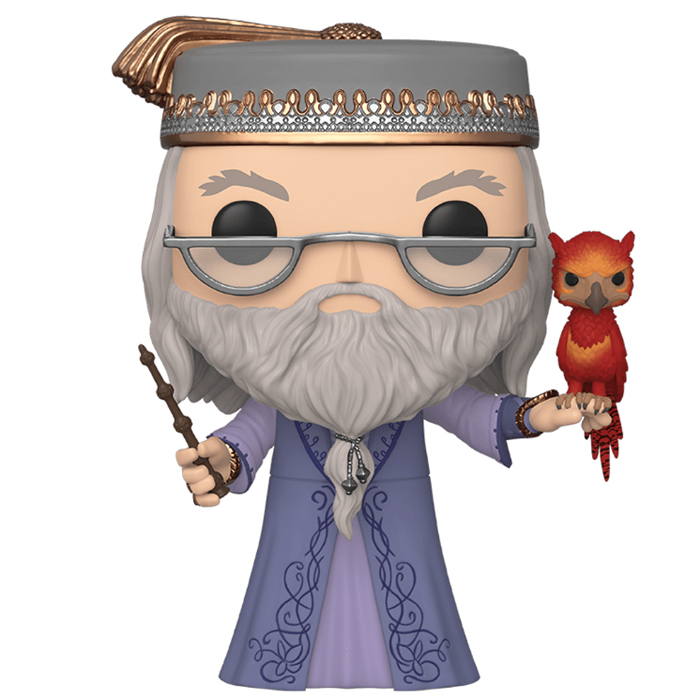 The most powerful wizard

Dumbledore is the director of the Hogwarts School of Witchcraft and Wizardry in the famous Harry Potter saga. He is often regarded as one of the most powerful wizards in the world, if not the most powerful. When Voldemort tried to seize power just before the birth of Harry Potter, he founded the Order of the Phoenix to resist it. When Harry’s parents were killed but young Harry survived, he was the one who decided to give the baby to his Muggle Aunt to be raised in the normal world. When Harry arrived at Hogwarts, Dumbledore took great care of him. In the sixth grade, he asked his help to go in search of Voldemort’s horcrux, the bits of his soul set aside to make him immortal. He was killed at the end of this opus but continued to help Harry in the form of a dream. 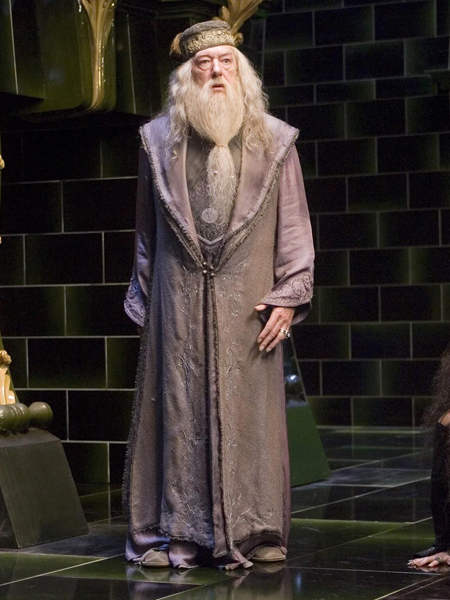 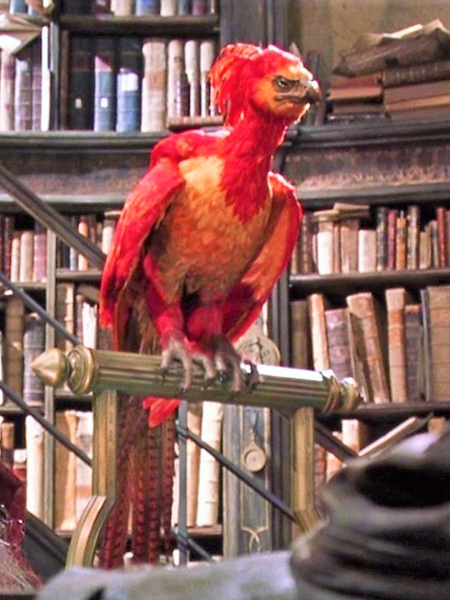 For this exclusive figurine, Funko represented Dumbledore in a supersized version with his phoenix Fawkes. He is wearing his long purple dress with elegant patterns on the edges as seen in the film The Order of the Phoenix. The sleeves are wide and lighter. On the head, we find his long gray hair matching his beard, which is tied with a silver cord. He also wears a small grey flat hat with elegant silver and gold patterns. Finally, in one hand he holds his wand and in the other his phoenix. The phoenix is red and gold and is placed on the hand of the sorcerer. 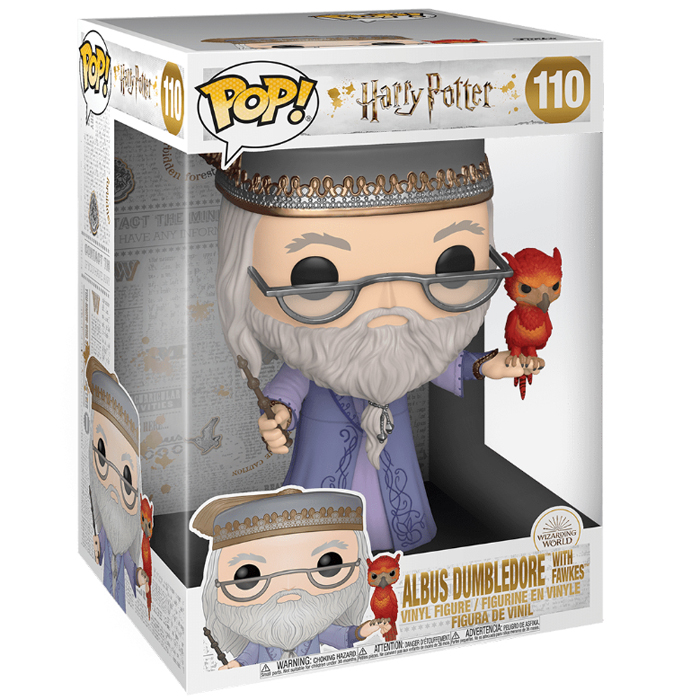