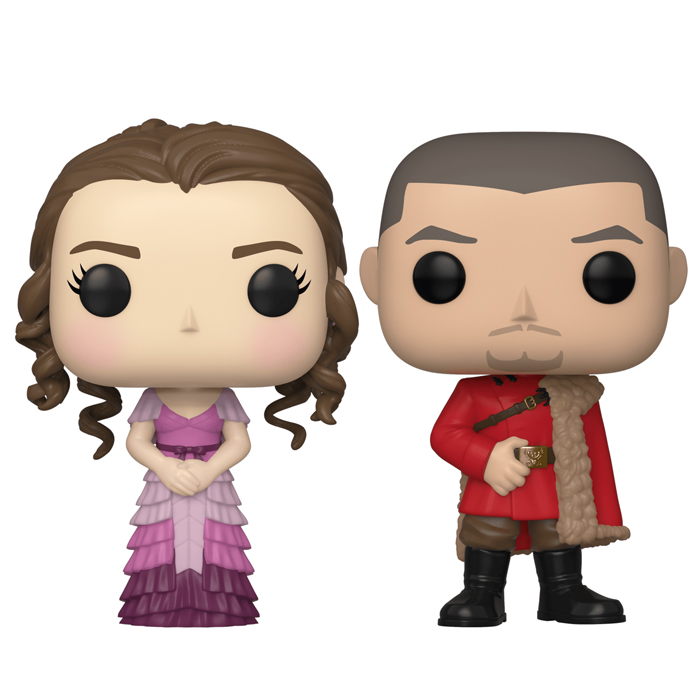 Hermione is one of the main characters in the Harry Potter saga. She meets Viktor Krum at the Three Wizards Tournament while she and her friends are in their fourth year at Hogwarts. This means that Hogwarts will be hosting two other schools of magic, Beauxbâtons, a French school and the Durmstrang Academy in Bulgaria from which Viktor comes. The Cup of Fire will select one champion from each school to participate in very difficult magic tasks. Although he is too young, Harry is still selected by the cup and will therefore be the fourth champion in addition to Cédric Diggory de Poufsouffle. Without the boys noticing, Viktor begins to take an interest in Hermione, following her to the library, not daring to talk to her at first. Eventually, he does and they end up becoming friends, which explains why Viktor invites her to the school’s Yule Ball at Christmas time, surprising all their classmates. 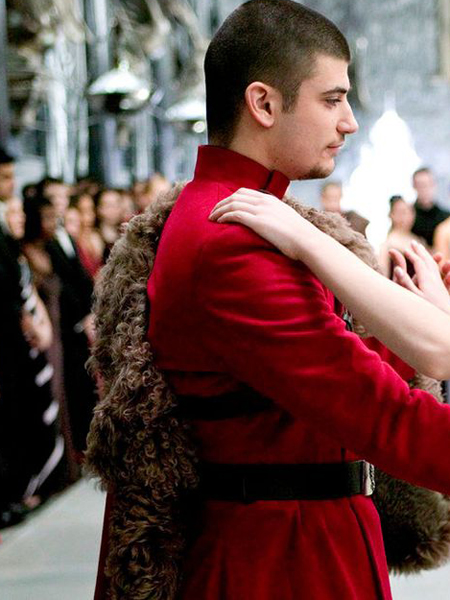 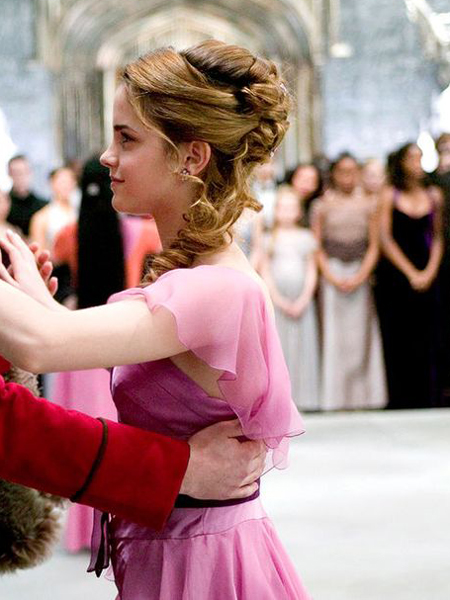 This exclusive pack brings together the two figures of the one-night stand. Hermione is wearing a pretty long pink dress with many flounces and gradient from lightest to darkest downwards. She has a V-neck and small sleeves. At the head, her cheeks are pink and her hair is styled in an elegant bun with a few curls falling down the sides of the face. Viktor Krum wears his Durmstrang uniform with a military look. It is brown trousers with black boots and a red jacket with a high collar. He also wears a cape on his left shoulder with a strap across his chest and a belt with a gold buckle. At the level of the head, we find his short hair and his light goatee. 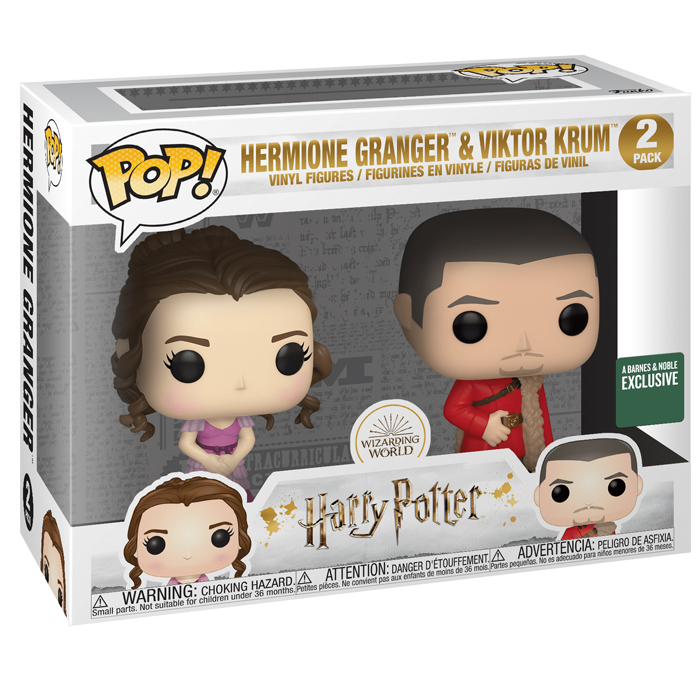