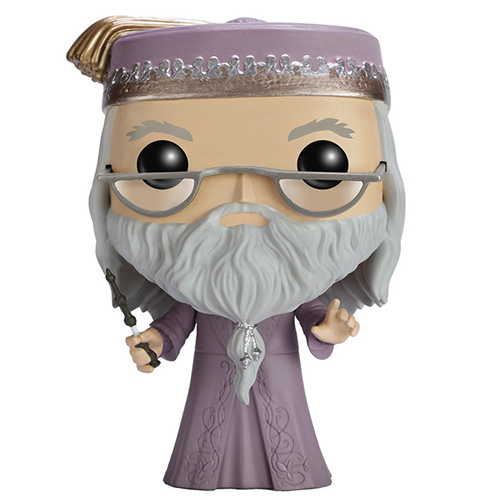 The best of wizards

Albus Dumbledore is one of the main characters in the Harry Potter literary and film saga. This saga, comprising seven books and eight films, tells the story of Harry Potter, a young English boy who discovers on his eleventh birthday that he is a wizard. At the beginning of the first film, Professor Albus Dumbledore drops off the Harry baby at his aunt and uncle’s house after his parents die. When Harry joins Hogwarts, the school of magic run by Professor Dumbledore, he also learns that his parents died protecting him from Voldemort, one of the most terrible sorcerers of all time who wants to kill him for mysterious reasons. But Voldemort isn’t as dead as everyone thinks, and soon Harry will have to face him again. At first, Dumbledore appears to be a mentor and a kind grandfather to Harry… But as the children grow older, the stories get darker and darker and it becomes clear that Dumbledore is powerful and keeps many secrets about Harry. 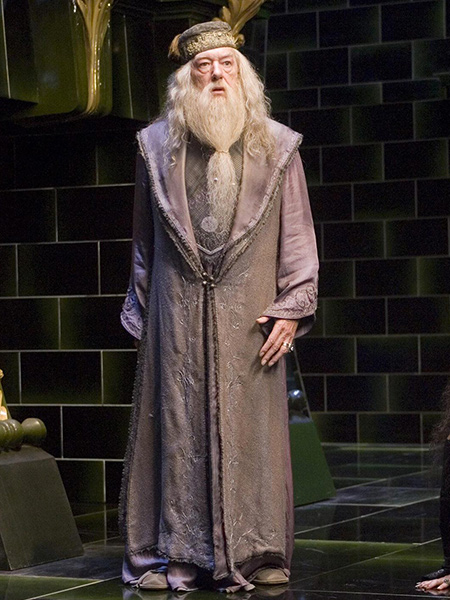 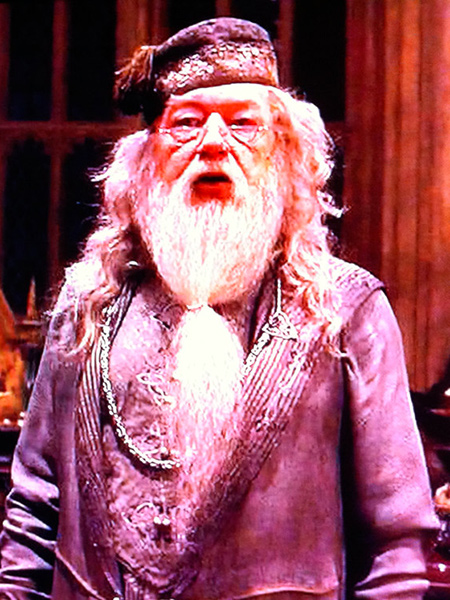 As children grow older, the Harry Potter stories become darker and this is also reflected in the look of the characters. Whereas in the early films, Dumbledore looks like a classic wizard with a Santa Claus side, from the third film onwards, his appearance is more sober and he begins to look more like Gandalf than Santa Claus. Here, he was portrayed as he is at the beginning of the fourth film. So we find this purple/grey wizard’s robe whose embroideries are finely represented. On the head, we find his little glasses worn low on the nose, his grey eyebrows and especially his long grey beard attached by a finely reproduced silver cord. He also wears on his long grey hair this strange little purple hat with silver embroideries. Finally, he holds in his hand his famous magic wand which we will learn later that it has special powers. 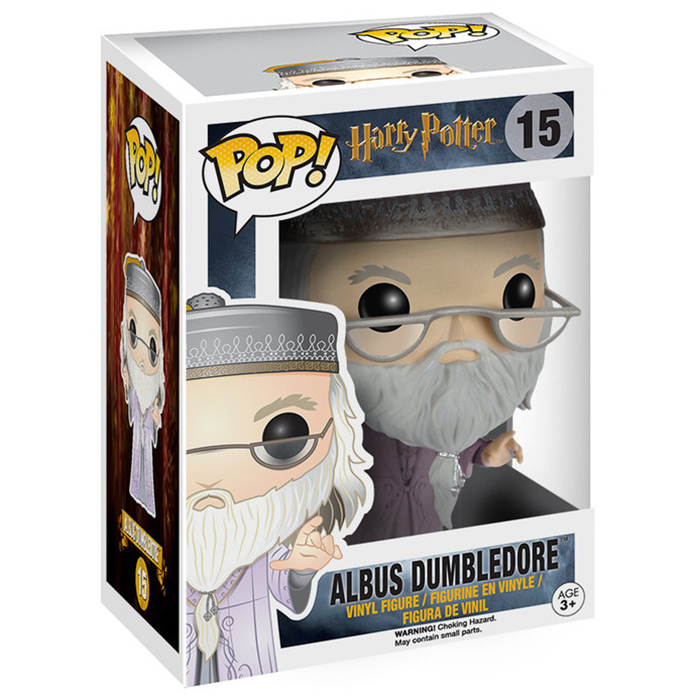