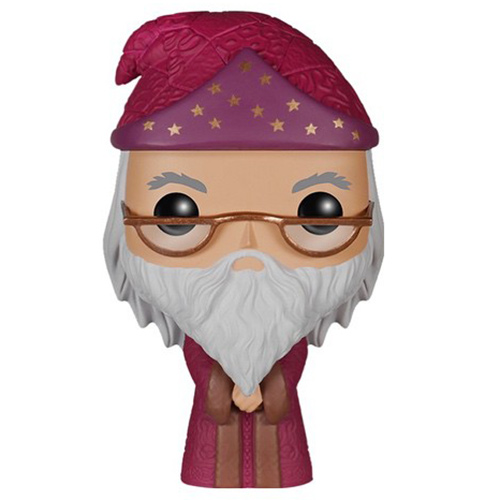 The greatest sorcerer of his time

Dumbledore is one of the main characters in the Harry Potter literary saga, and the films that are the adaptation of it. This saga tells the story of Harry Potter, a young boy who discovers on his eleventh birthday that he is a wizard. Living with his “Muggle” aunt and uncle (people with no magical powers) since the death of his parents when he was one, this news is a shock for him. He will then discover a whole new world and join the most prestigious school of magic: Hogwarts. Albus Dumbledore is the director of this school. He is also the one who retrieved Harry after the murder of his parents by the terrible wizard Voldemort, and who decided to keep him away from the world of magic until he reached the age to enter Hogwarts. Dumbledore is known to be the greatest sorcerer of his time, the only one Voldemort ever feared. As soon as he arrives at Hogwarts, Dumbledore will take a close interest in Harry because he knows a lot about his past but also his future, especially the prophecy that says that only Harry will be able to kill Voldemort. 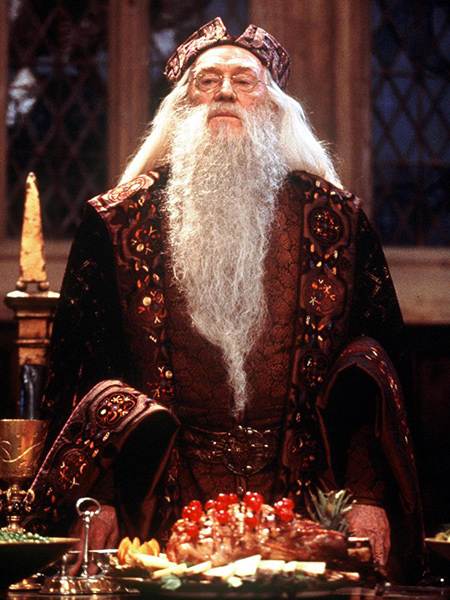 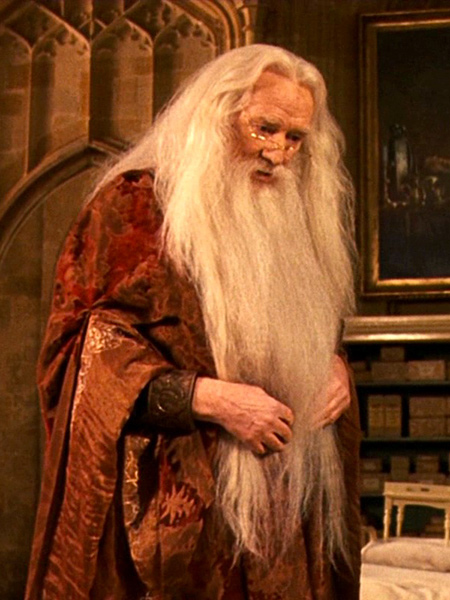 Like the other characters in this series of miniatures, Dumbledore is represented in his version of the first two films. He looks rather funny and colourful here, like a young child can imagine a great magician. Whereas in the third film, with the change of actors, Dumbledore becomes more sober to fit the darker atmosphere of the films. So he wears a long, richly decorated and embroidered burgundy wizard’s robe, the details of which have been beautifully reproduced by Funko. He wears a long pointed hat to match. Funko has added golden stars, which are not present in the movie, but this is how he is described in the book. So it’s a nice detail. On the face, Dumbledore has the usual black eyes of pop figures but there are many very fine details, especially his eyebrows and small glasses. Finally his white hair and his white beard, giving him the look of a Santa Claus, are also finely reproduced. 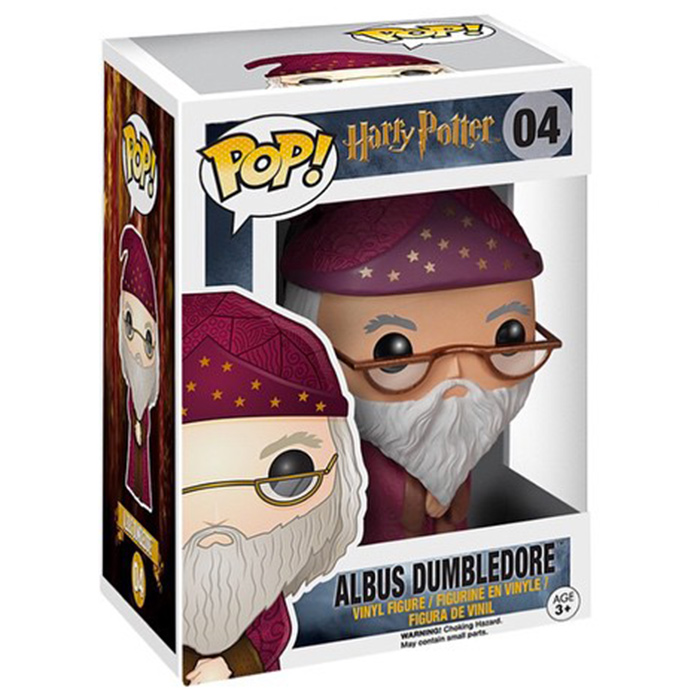