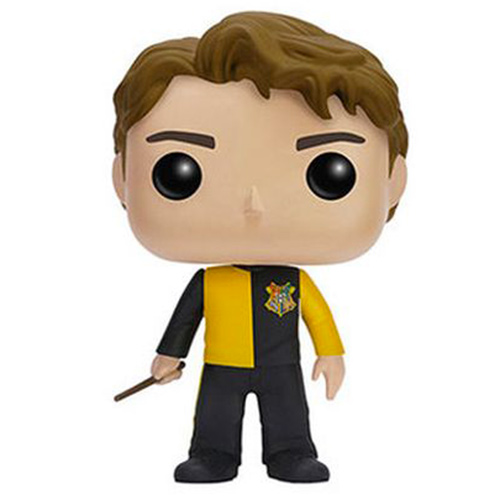 The champion of the Three Wizards Tournament

Cedric Diggory is an important character in the fourth book and film of the famous children’s fantasy saga : Harry Potter. It tells the story of Harry Potter, a young English boy who learns on his eleventh birthday that he is a wizard. He will then join the Hogwarts School of Witchcraft and Wizardry and discover a new world. He will also learn that his parents, whom he thought had died in a car accident, died protecting him from Voldemort, one of the most terrible wizards of all time, when he was just a baby. In fourth grade, the school organizes the Three Wizards Tournament, featuring three of the greatest schools of magic. Being particularly dangerous, this tournament is reserved for students of at least 17 years of age and only one student per school will compete. But against all odds, Harry is also chosen by the Fire Goblet. While many think he has cheated, Dumbledore thinks something else is going on. Cedric Diggory is the other Hogwarts champion. He’s a talented boy who’ll play fair with Harry despite the circumstances. They’ll meet together in the final event of the labyrinth, the outcome of which will be tragic and see the official return of Voldemort. 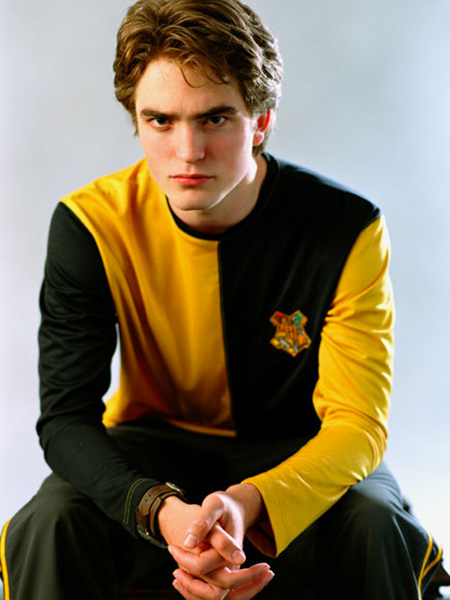 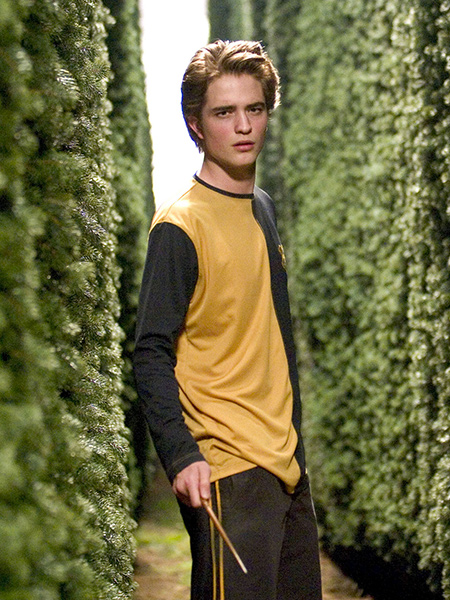 Cedric Diggory is represented here, as is Harry, with the outfit he wore during the last event of the tournament. Like Harry, he’s wearing black pants and some sort of black sneakers. At the top he is wearing a black and yellow sweater in the colours of his house: Puffy and the coat of arms in the colours of Hogwarts. As he only has the right to use his wand to defend himself and to get by in the tournament, he holds it in his right hand, of course. His face is relatively simple, but Funko’s haircut and brown hair are particularly well represented by his head. This miniature was released at the same time as the second Harry Potter action figure series but is an exclusivity of the Hot Topic stores. 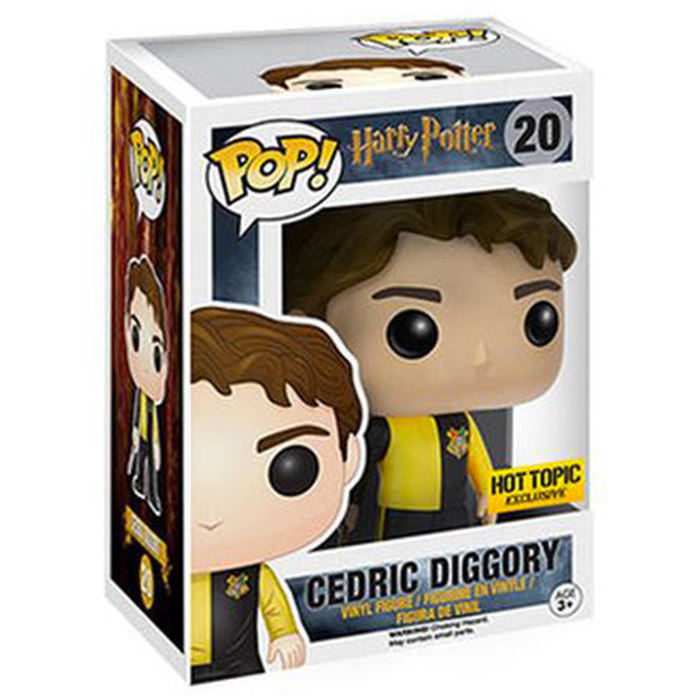