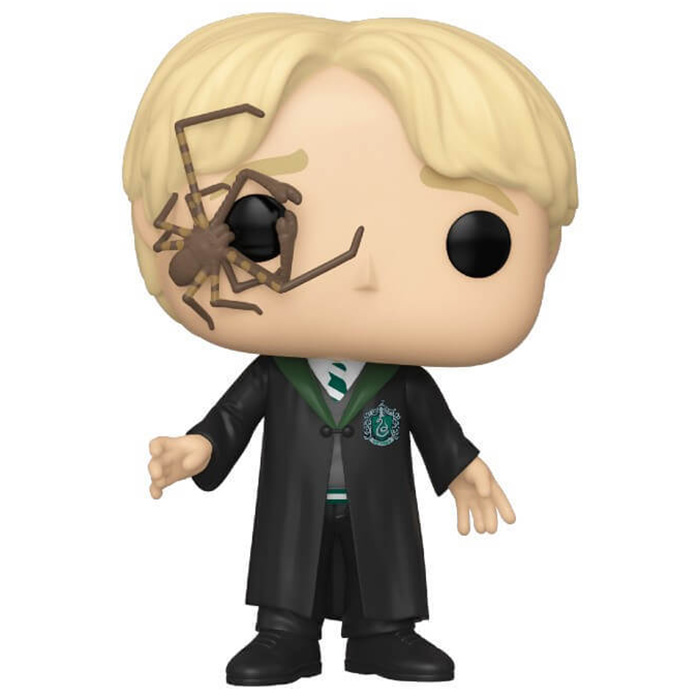 Draco Malfoy is an important character in the Harry Potter universe. He arrives at Hogwarts at the same time as Harry but is placed, like his father before him, in the House of Slytherin. Soon, he will not hesitate to show his ideas, modelled on those of his father, that of the purity of the blood of sorcerers and his sympathy for Voldemort. In the fourth film, Dumbledore hires the dawn Mad-Eye Moody as a new teacher of defense against the forces of evil and the latter has rather radical methods (we will learn later that it was in fact the mangemort Barty Crouch junior who had taken his appearance on Voldemort’s orders). In order to teach Hogwarts students the three inexcusable spells, he doesn’t hesitate to use them on a spider he makes fat. He first uses the spell of control, then the spell of torture before using the worst, the spell of death. When Draco doesn’t hesitate to make fun of Ron who is afraid of spiders, Mad-Eye sends the spider directly into his face. 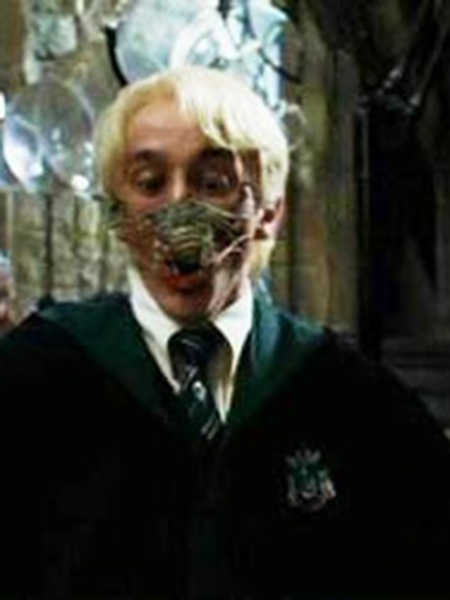 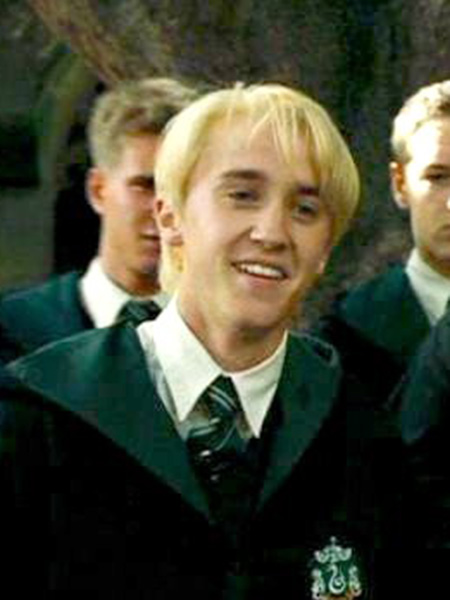 A not reassuring assistant

So Funko represented Draco here with the enlarged version of the spider on his face. He is wearing his black wizard’s robe with the green inside open to his classic Hogwarts uniform. He is wearing black pants, a white shirt, a green and white tie and a grey waistcoat in his house colours. His head is bent and has a very worried expression, which is understandable since the spider is directly over his eye and almost as big as half his face. Finally, we find, as always, his very light blond hair. 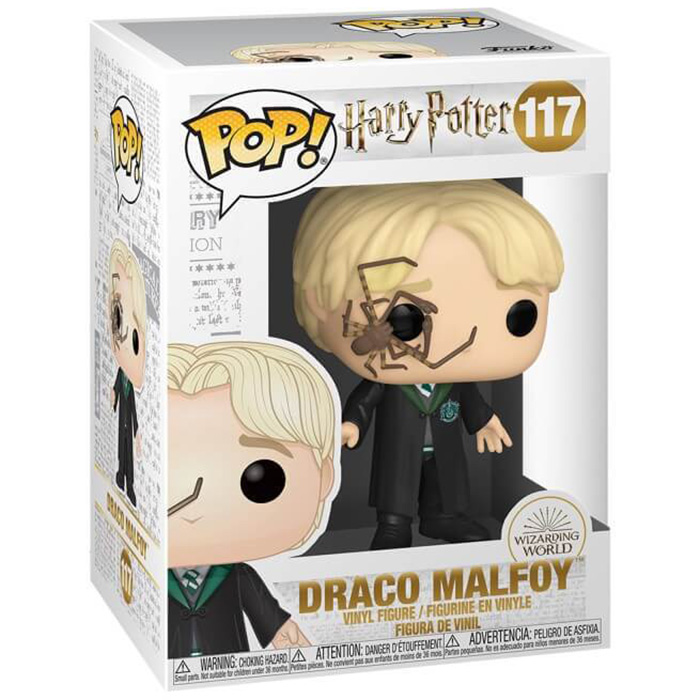