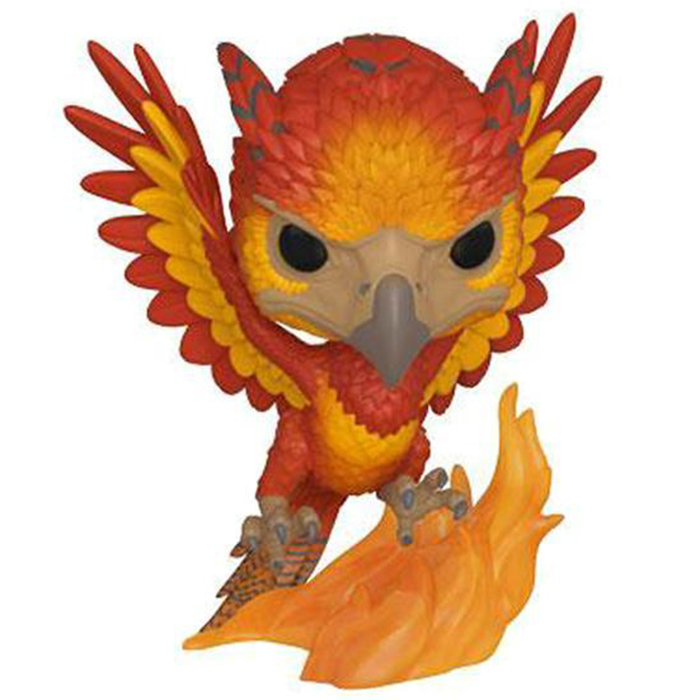 Fawkes is a phoenix, Dumbledore’s faithful companion in the Harry Potter literary and film saga. We meet him for the first time in the second part of the saga when Harry enters Dumbledore’s office and the latter catches fire before being reborn. At the end of this episode, it is also Fawkes who brings the sword of Gryffindor to Harry when he needs it to fight the basilica, then heals Harry’s wound with his tears and carries Harry, Ron, Ginny and Lockhart to help them out of the tunnel. In fact, phoenixes, in addition to catching fire and rising from their ashes regularly, have healing powers and surprising strength compared to their size. We see Fawkes again when he helps Dumbledore escape from the minister who has come to arrest him, and finally, when Dumbledore at the end of the sixth film leaves Hogwarts for good. 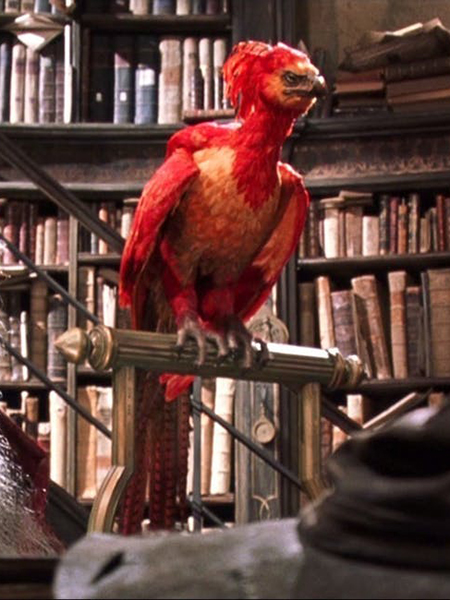 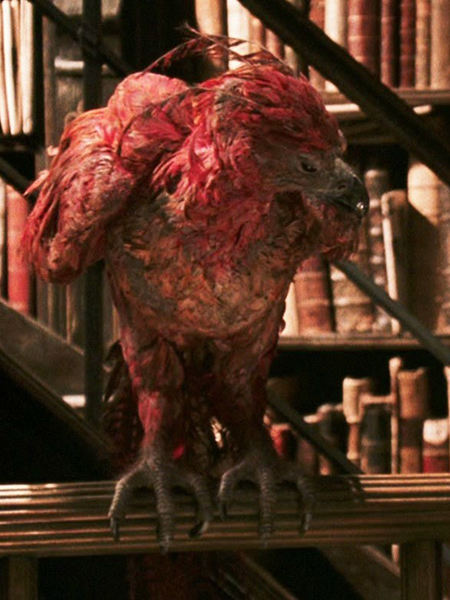 Fawkes is depicted here in flight with his wings spread and standing above a thick yellow flame. The plumage of this beautiful bird is fire-coloured in a gradation of yellow, red and orange but otherwise has many of the characteristics of an eagle with its long hooked beak and bird of prey claws. The feathers on its tail are also very long, which can also make it look like a peacock when in flight. 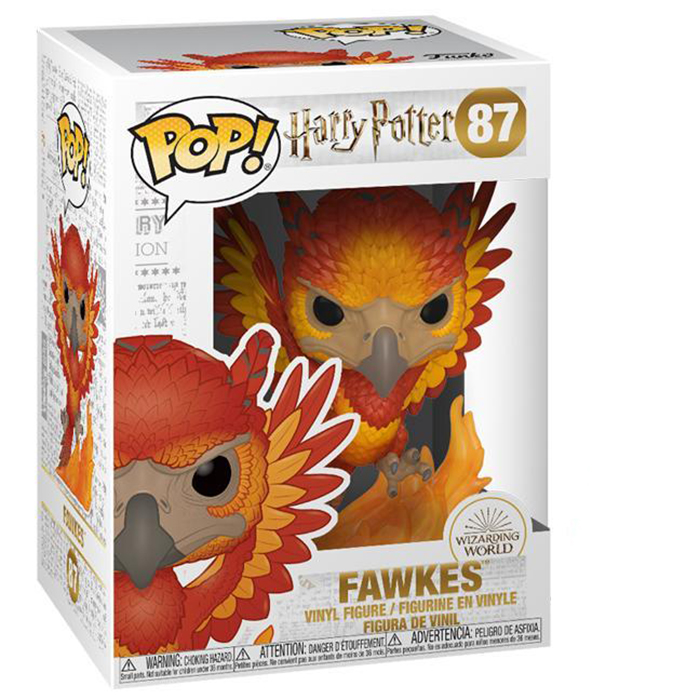