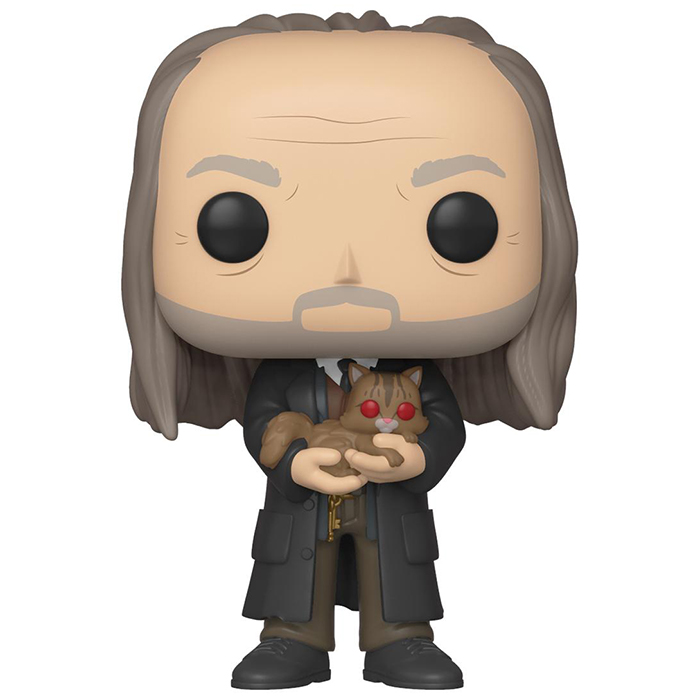 Mr Filch (Argus Rusard in VF) is the keeper, steward and handyman of the Hogwarts School of Witchcraft and Wizardry in the Harry Potter novels and films. He is a bitter old man who is never seen without his red-eyed cat Mrs. Norris (Miss Shiner in VF) whom he loves more than anything else in the world. Filch is known to hate students, reveling when one of them is punished or is in danger of being expelled, and is known to regret the days of corporal punishment. His character and attitude can be partly explained by the fact that he is a squib, i.e. someone who comes from a family of sorcerers but has no power himself. That is why Dumbledore hired him as a guardian years ago, so that he could stay in the world of sorcerers and we learn from books that he has many times tried to learn techniques that are supposed to give him powers. 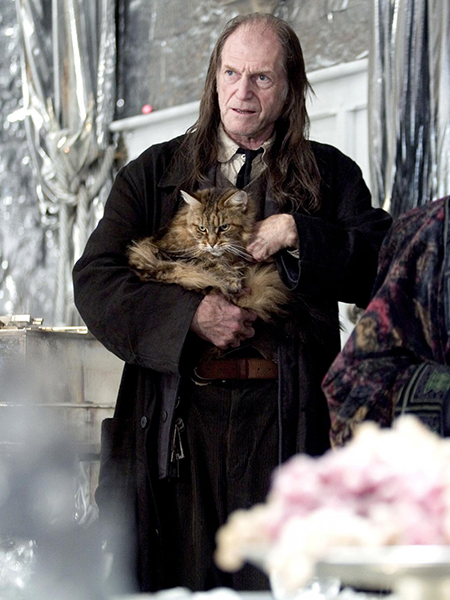 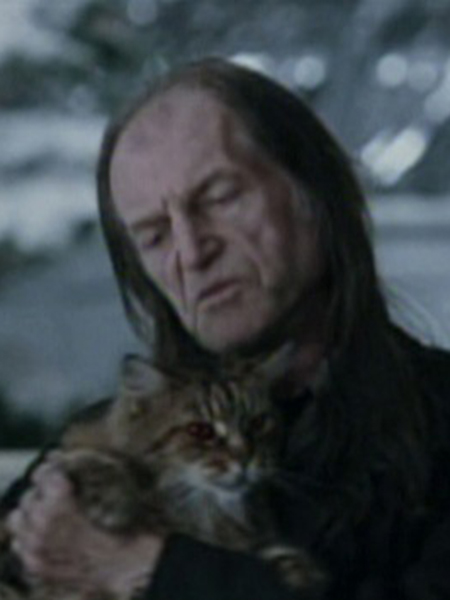 For this exclusive figurine, Filch is thus represented with his cat Mrs. Norris during the Yule Ball in the fourth movie. He wears an outfit that is more elegant than the average. He wears a brown suit with pants and jacket and a black tie. He also wears a long black coat giving him a very retro look. His keychain is always hanging from his waist. At the level of his head, we find his wrinkled face as well as his light beard and moustache and of course his long bald hair on top. Finally, he is held in his arms Mrs. Norris. He is a brown tiger cat with long hair, of indeterminate age, and rather alarming red eyes. 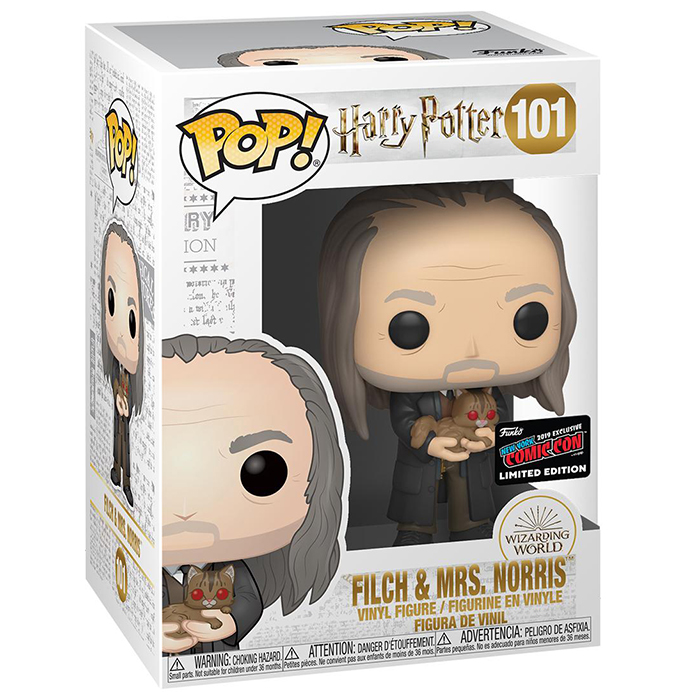