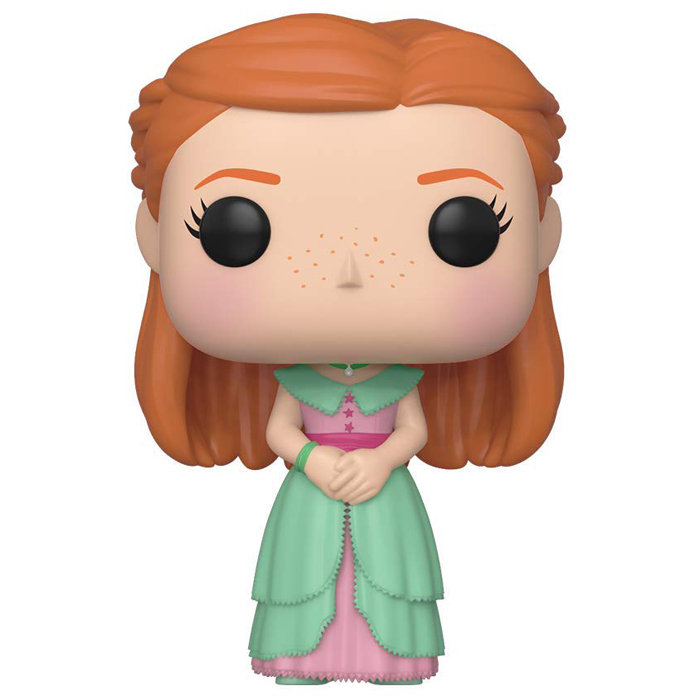 The youngest is proving herself

Ginny Weasley is the youngest member of the Weasley family, one of the oldest families of wizards in the Harry Potter saga. Harry meets Ron, the second youngest, the day he enters Hogwarts and they quickly become best friends. Ginny is one year younger and enters Hogwarts the following year. Her first year is eventful with Voldemort’s diary taking possession of her in an attempt to open the Chamber of Secrets. Initially a little shy and having a big crush on Harry, Ginny quickly gained confidence and became a very gifted witch (as much as Hermione) and a very popular student. In the fourth year, we will see her accompany Neville to the famous Yule Ball but it is from the fifth opus that her personality will really develop more clearly. 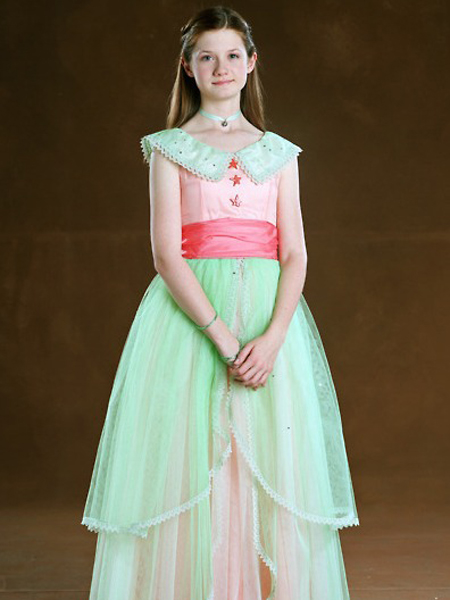 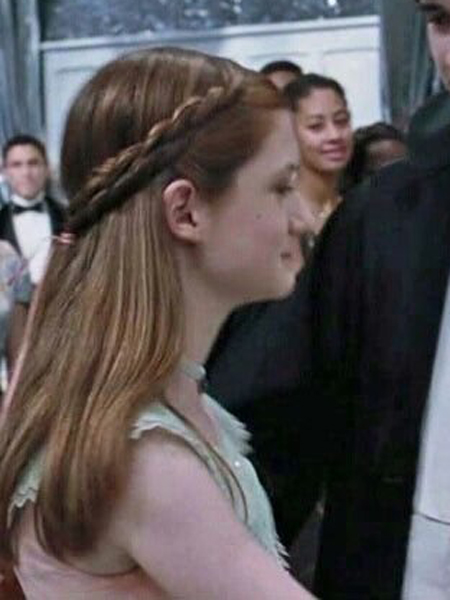 A little girl who’s grown up

For this new version of Ginny Weasley, Fnko represented her with the dress she wears for the Yule Ball. This dress is long in contrasting shades of pale pink and turquoise. The underside is long with two turquoise flounces on top. She is also wearing a dark pink belt and a wide turquoise collar covering her shoulders. The freckles around her nose and her red hair pulled back by two braids on each side of her head are very noticeable. 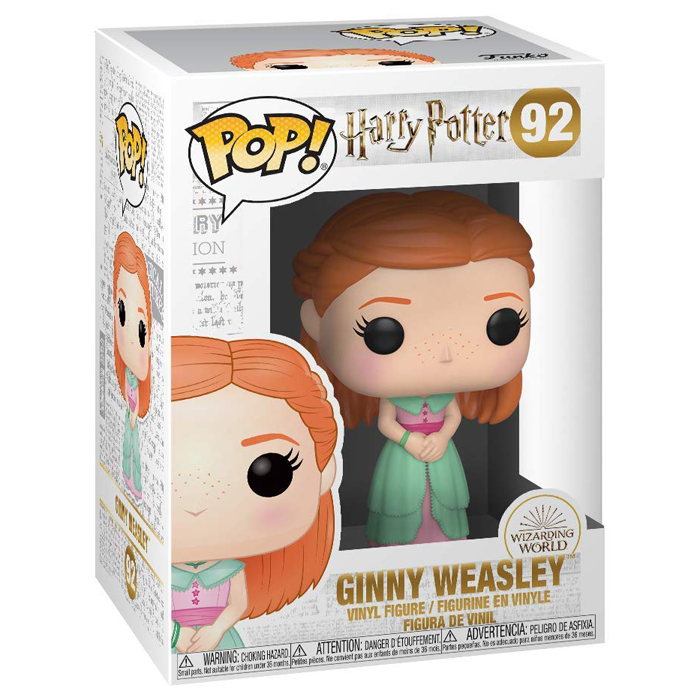