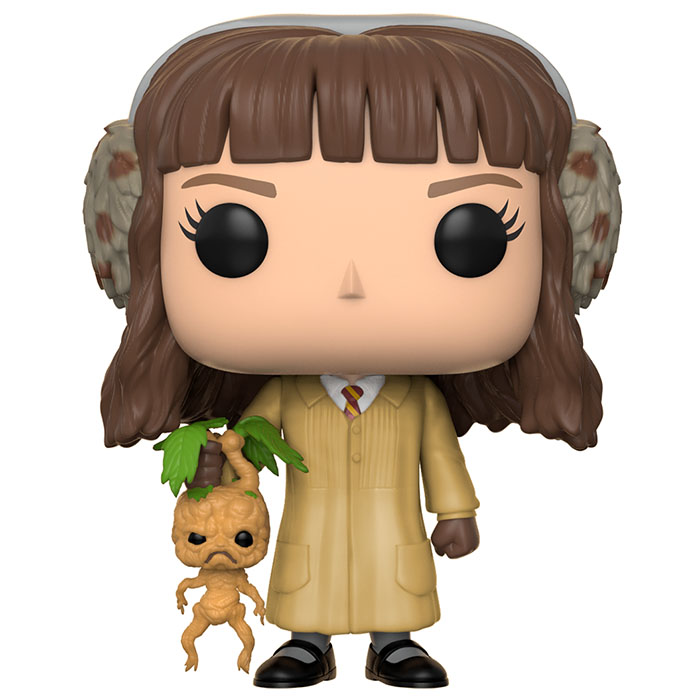 Hermione to the rescue

Hermione Granger is one of the three main characters in the Harry Potter saga. She is by far the most intelligent of the three but also the most serious, always ready to learn more than what is asked of her in class. In second year, a new threat hangs over the castle. Salazard Slytherin’s heir is back at Hogwarts and is determined to reopen the Chamber of Secrets to free the monster from all the wizards who are not pure-blooded and who, in his opinion, do not deserve the gift of magic. This is also a year where students will learn new subjects, including herbology, the study of magical plants and their properties. As always, Hermione will stand out and prove that she already knows more about the subject than most of her classmates. And of course, as always, her knowledge will be indispensable to the survival of the group. 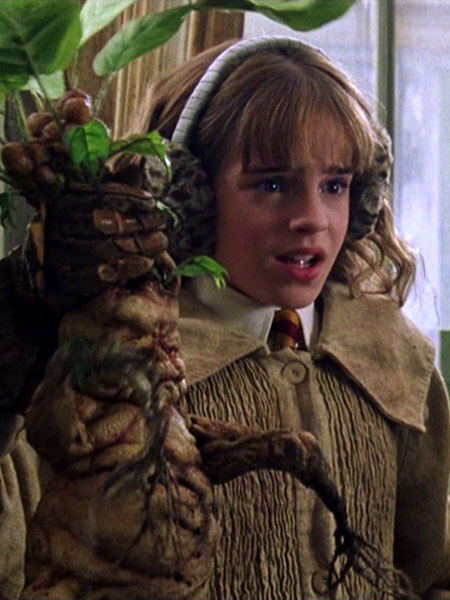 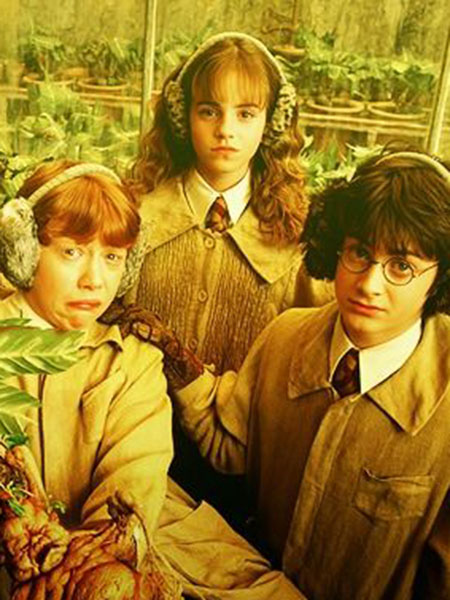 Hermione is shown here with the protective suit she has to wear in the herbology greenhouse during Professor Chourave’s lecture. It is a long beige dress with two pockets and only the collar of her shirt and a piece of her tie in the colours of Gryffindor protrude from it. With this she wears brown protective gloves and in her right hand she wears a mandrake root. In addition to the twisted and deformed side of the real mandrake root, it has a screaming face and four stems that vaguely form arms and legs. On the head, we find Hermione’s thick curly hair and especially the earmuffs that protect her ears from the piercing scream of the mandrake root that can cause fainting of the person who hears it. 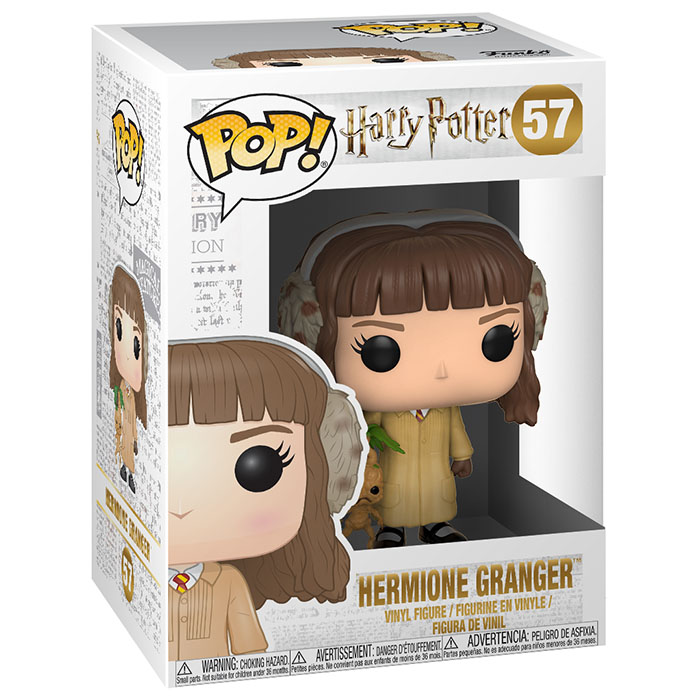 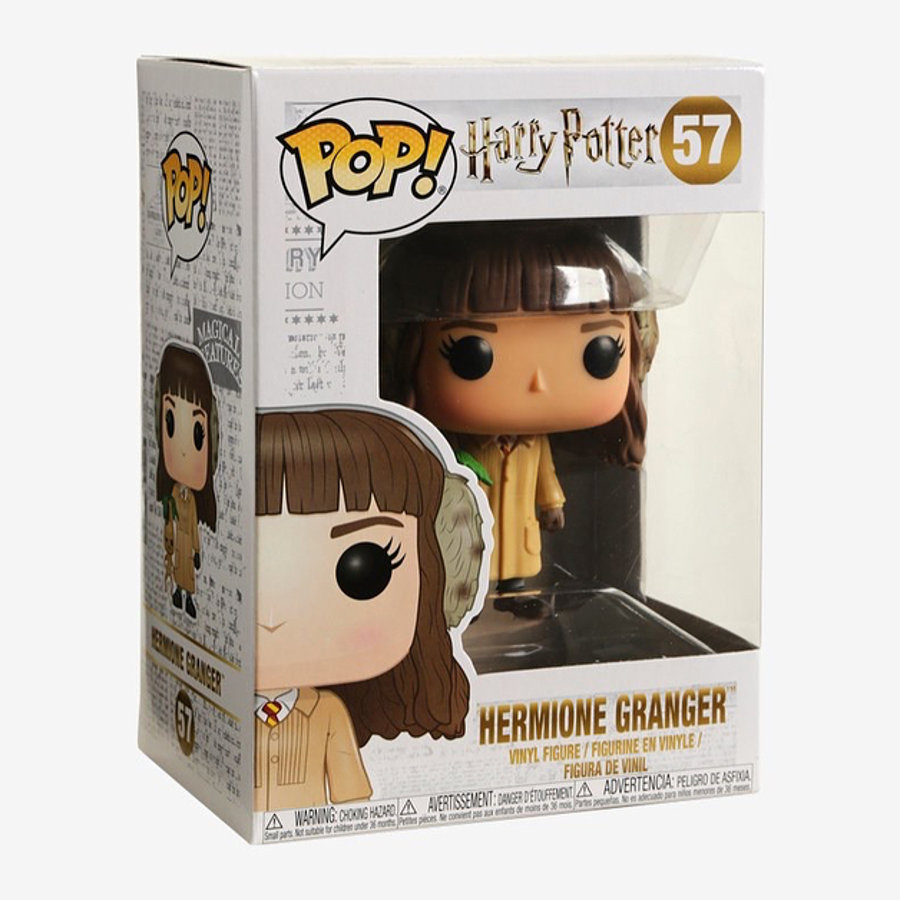 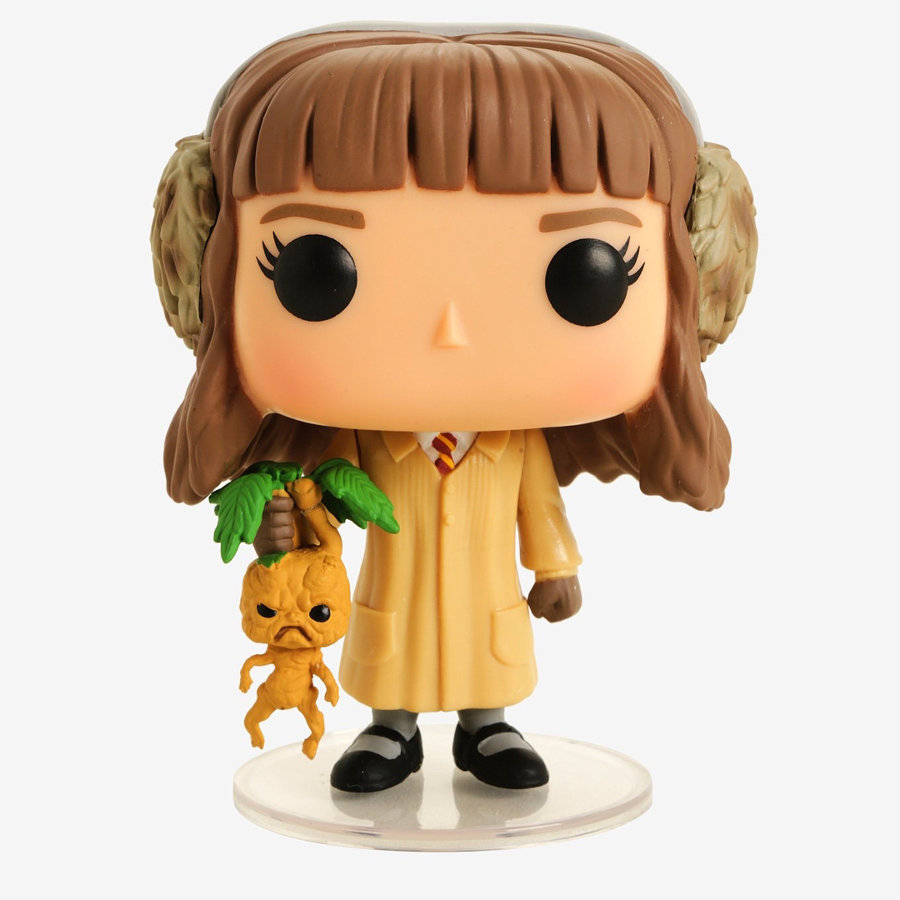 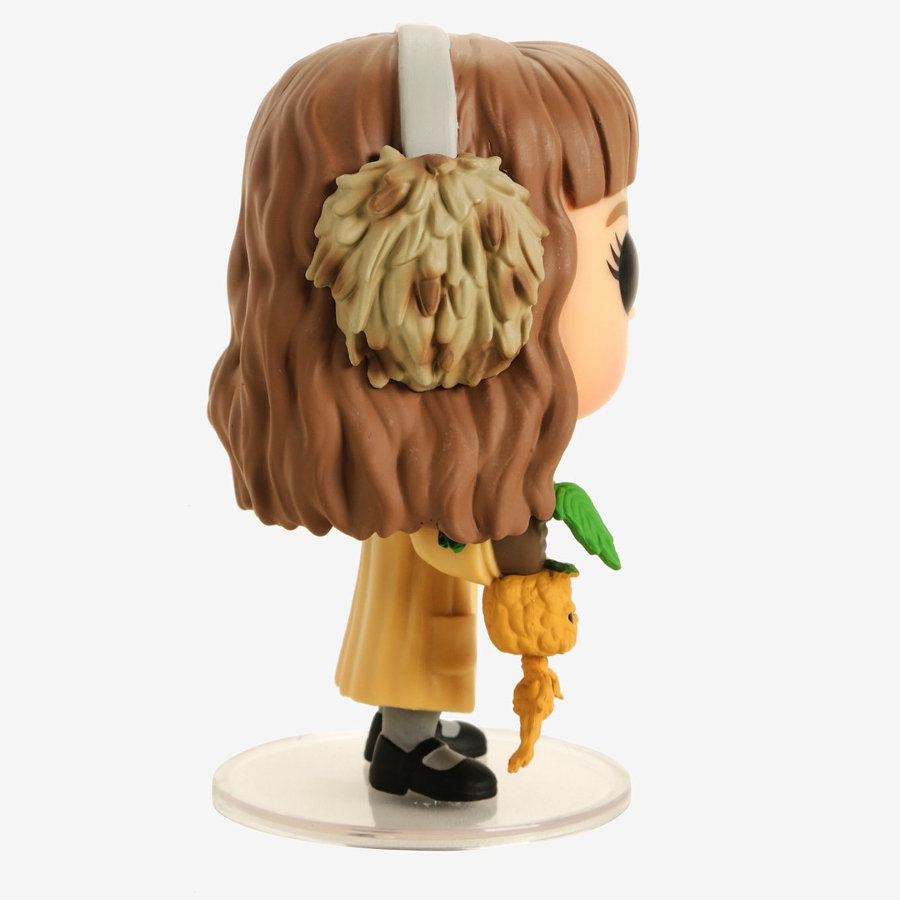 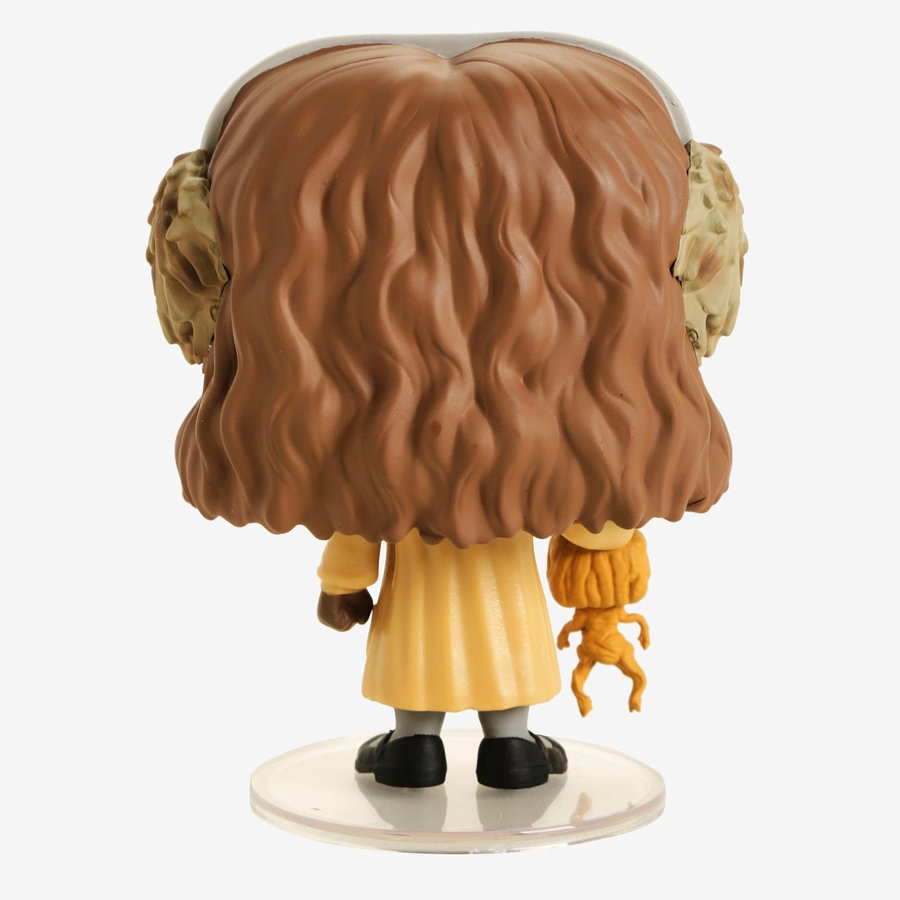 “It’s hard to choose a favorite figure in this herbology series, they’re all so successful. Hermione’s is no exception. Her expression is so recognizable and confident that it convinces the mandrake itself: although the mandrake is not happy, it doesn’t even try to shout anymore. We also love all the little details of texture on this figurine, whether it is the earmuffs, Hermione’s hair or the vegetal aspect of the mandrake. »